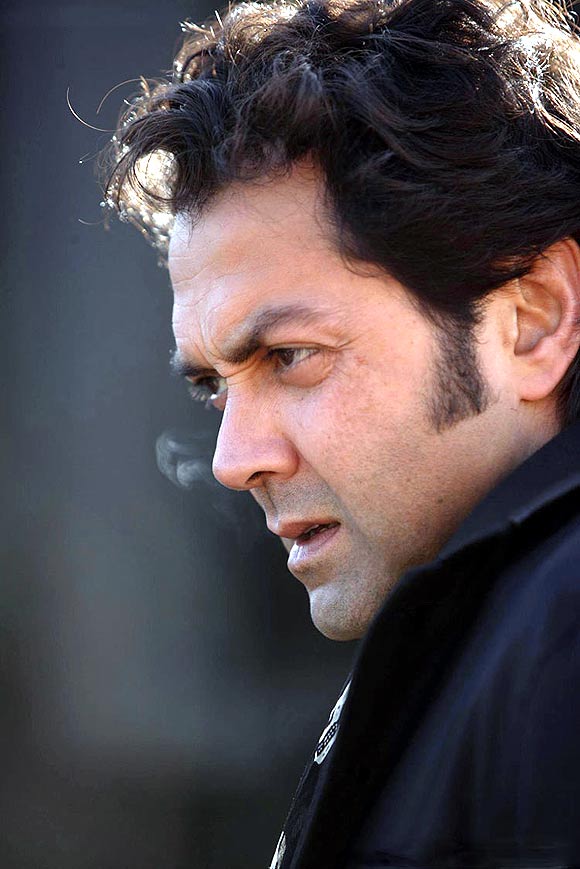 He is a regular fixture in films directed by Abbas-Mustan.

Now, in their latest film Players, Bobby Deol plays a role he has never done before.

Deol plays a magician, who abruptly leaves his career when he's at his peak, and starts hating the very word magic.

In a brief chat with Sonil Dedhia, Deol explains why he repeatedly works with Abbas-Mustan, why criticism doesn't bother him, and his feelings about remakes of his father Dharmendra's films.

This is your fifth film with Abbas-Mustan. You obviously feel comfortable working with them.

Yes, there is a sense of comfort working with Abbas-Mustan. They treat me like their younger brother. I am very close to them. We share an amazing bond and we know what we want from each other, which makes it easier on the sets.

We started 13 years ago and we have had a great time working together ever since.

'I would love to work in every Abbas-Mustan film' 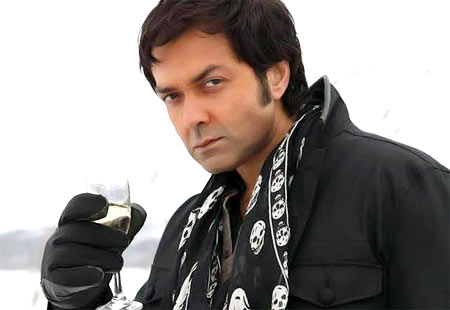 Would you agree to act in their film without even reading the script?

Players is the official remake of The Italian Job. How true is it to the original?

I have seen both versions of The Italian Job and loved both of them. I am glad that we have officially taken the rights and made it in India.

Players is completely different from the original. Even though the story is the same, Abbas-Mustan have given it their own magic touch. They have made it look even better and I am happy to be a part of it. 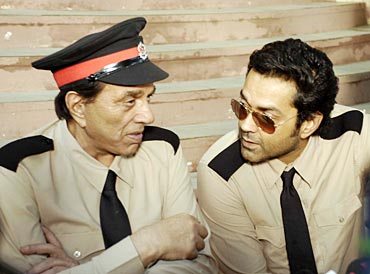 It's a remake but you personally don't subscribe to remakes...

No, it's not that. Remakes are happening for a long time and it is happening in the West too. I don't believe anything is wrong in that. It is just that it should be made in a certain manner.

But you were quoted as saying that you would not like your father's (Dharmendra) films to be remade.

The only reason I say that is because I don't think anyone can make it better than what they were.

Also, they are my father's films so there is a personal association and I am very close to it.

I would love to work and remake my father's film if someone would do a better job. 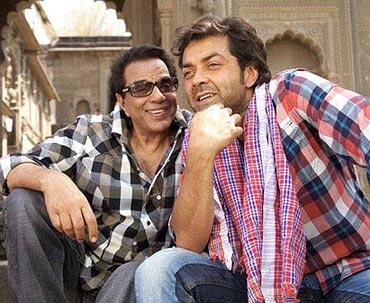 You had a mixed bag last year. Yamla Pagla Deewana was a success whereas Thank You tanked at the box office.

I think every year is a cocktail. There are some films that work and some that don't work. I can't think of any actor who doesn't have a flop in his career.

I just keep working hard and just expect to get lucky more often.

I don't get tense and serious or even nervous if my film doesn't work. Criticism doesn't really affect me. I just make the point that I can work with directors who are making a good film with a good subject.

Do you regret any career move you may have made?

No, I don't have regrets.

'We are currently working on Yamla Pagla Deewana 2' 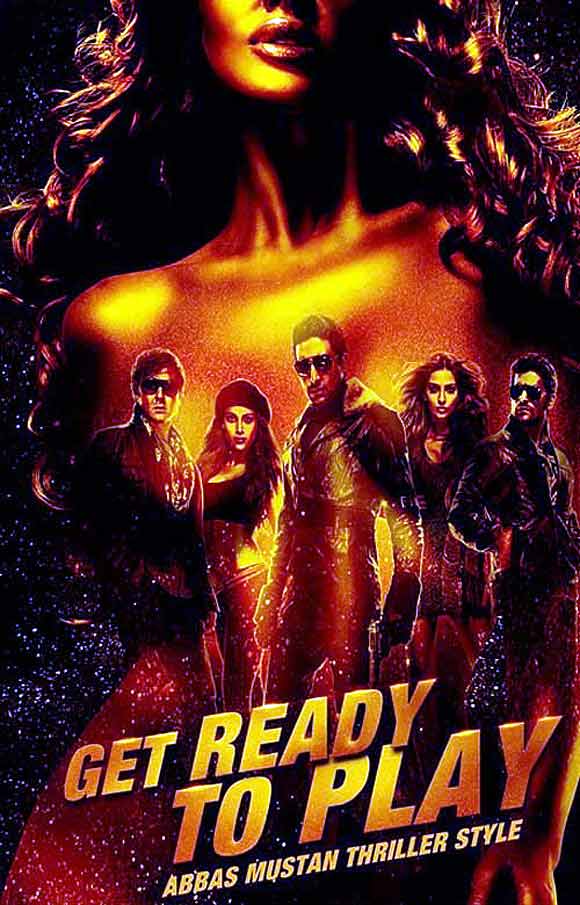 How do your kids react when they see you on screen?

Do your kids accompany you to your shoots?

I would accompany my father to his shoots but I don't take my kids for shooting. Times have changed and there is a lot of chaos on the sets. They are still too young to understand.

We are currently working on Yamla Pagla Deewana 2 and I also have a couple of other projects in hand.