'Shah Rukh was made to be in the limelight' 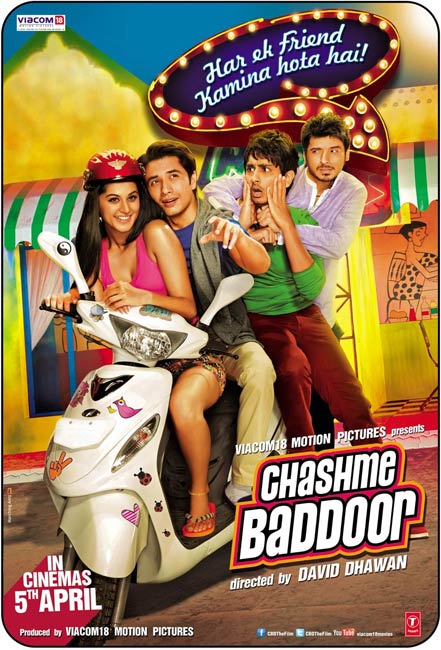 Actor-singer Ali Zafar may only be three films old but he enjoys a sizeable fan following, specially among women.

I'm minutes away from meeting him when a female friend calls up. When I mention that I'm meeting him for an interview, she says excitedly, "Tell him that his smile is simply irresistible and I love him."

As I enter the ballroom of a suburban five-star in Mumbai, I see the actor, surrounded by journalists, strumming a guitar.

Half an hour later, Ali joins me. "I have been giving interviews for almost six hours. Can we just go in the open air by the swimming pool and do the interview?" he asks.

During the course of  the interview that follows, the 32-year-old actor, whose next film Chashme Buddoor is ready for release, talks about this remake of this 1983 Sai Paranjape classic, why he thinks remakes are tricky, and why he is choosy about his work.

You recently shared the stage with Shah Rukh Khan at the Temptation Reloaded 2013 concert in Muscat. How was that experience?

It was a fantastic experience. It was amazing to perform in front of a crowd of 25,000 people and it was amazing to share the stage with Shah Rukh Khan. He has been very encouraging and very supportive.

He is a charming person and knows how to entertain a crowd. At the same time, he's also very humble and down to earth. I believe he was made for the limelight. 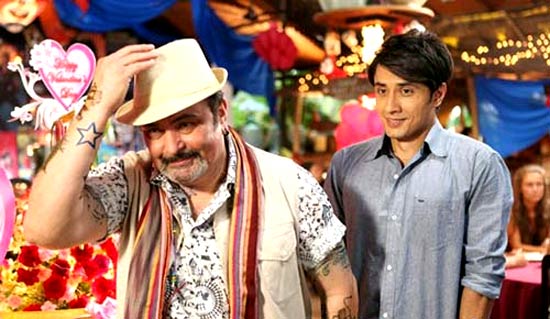 In Chashme Buddoor, your character believes in old fashioned romance. Do you personally believe in it?

(Laughs) I think so. I can relate to the way things were done back in the old days. I like the simplicity of doing anything. Acha lagta tha (It felt good).

You are stepping into Farooque Shaikh's shoes. Did he inspire you for this role?

When I got to know that I was reprising his part, I was really happy, although I had not seen the film until David Dhawan offered it to me.

We knew that we were going to treat the film in our own way. I looked at it as a completely new film.

'Stories are almost the same in all the films' 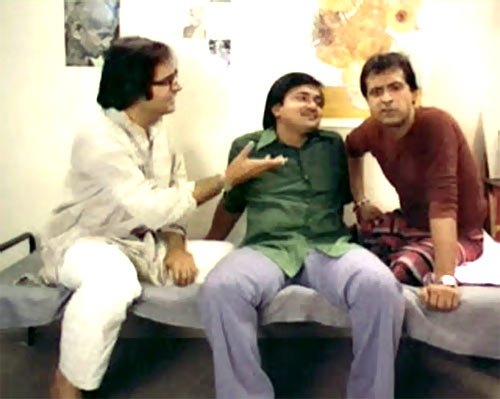 Rakesh Bedi, who was part of the original film, recently mentioned in an interview that directors call remakes tributes, but he feels that they just don't have original content.

I won't totally disagree. Stories are almost the same in all films. It is true that making a film with a original story like Tere Bin Laden, English Vinglish and Vicky Donor is very difficult and rare.

Since cinema is a business and the first rule of making a film is to earn profits, the tendency is to revamp old films that are successful and give them a contemporary touch. Even in Hollywood films like Superman, Spiderman are being remade.

What is your take on remakes?

Remakes are tricky but if someone knows the art then it should not be an issue.

What gave David the confidence was when Sajid-Farhad started writing the screenplay and dialogues. When they gave us the first narration, we were all in splits.

'A friend told me, 'Work with David Dhawan once in your lifetime just for the fun of it' 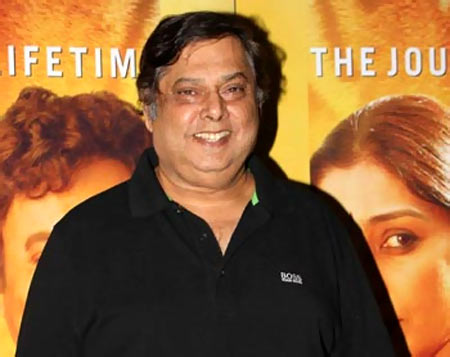 What kind of comedy do you personally enjoy?

I enjoy doing situational comedy. Comedy should not look contrived. I don't like over-the-top comedy.

David Dhawan's films are usually slapstick or over-the-top comedies. Were you apprehensive that this film would be in the same mould?

After Tere Bin Laden, (casting director) Shanoo Sharma, a dear friend of mine, told me, 'Work with David Dhawan once in your lifetime just for the fun of it.'

Luckily I got to do this film. There are certain directors who I want to work with. David has always been very honest with his work.

With Chashme Buddoor he wanted to do something completely fresh, something different. You will see a completely new David Dhawan film.

'A film is important, not the co-stars' 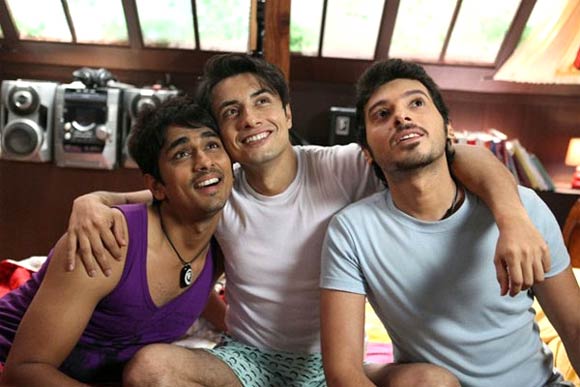 How comfortable were you sharing screen space with Siddharth and Divyendu Sharma? Were there any moments of insecurity or jealousy?

I think a film is important, not the co-stars. The film and script is the hero.

I am not an insecure actor. Even when I did Mere Brother Ki Dulhan, the focus of the cast and crew was always on making the film better.

Siddharth is a great actor and I have been a big fan of Divyendu. We all got along really well.

Mere Brother Ki Dulhan was a two-hero film. It really doesn't matter whether I am the only actor in the film. I've only done movies I could relate to.

There should be a positive environment on the sets and if there is more than one actor involved, they should support each other and give each other room to perform.

'I don't pick up everything that comes my way' 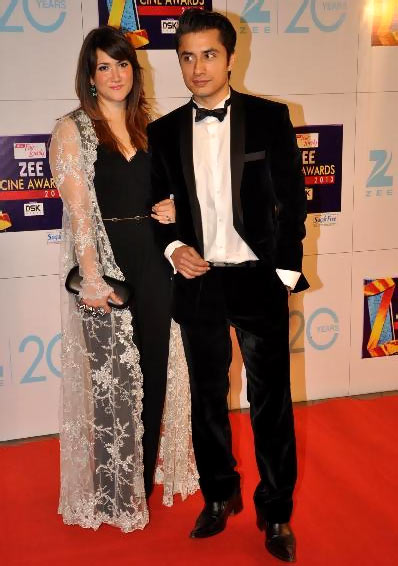 You have had a successful run so far in Bollywood, but you've also been very selective about your films.

For personal reasons I don't pick up everything that comes my way. I am a little choosy about the work I do. I haven't agreed to every script that came my way.

Chashme Buddoor was going to release a lot earlier but then it got delayed.

I didn't want to take up anything in between as I wanted to finish this entirely and then take up something.

'There is no space for independent (music) albums' 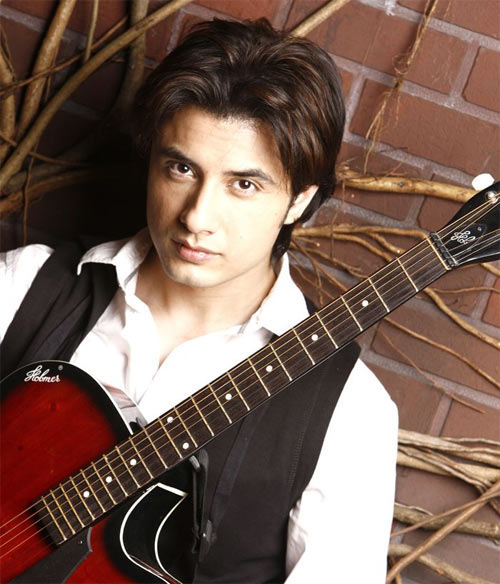 You have three projects going on simultaneously at present. How do you plan to work on them?

Aman Ki Asha is going to be done in 30 days. I will then move on to do the Tere Bin Laden sequel, and then Kill Dil.

My agenda is to do two films a year. But I have also realised that I can't be too choosy. I am not Aamir Khan, after all. At the same time, I also got projects that I wanted to do.

Any plans to come out with another independent album?

There is no such thing as free play. Today, it has also become very difficult to promote it. I am doing the next season of Coke Studio.

'I am not obsessed with my looks' 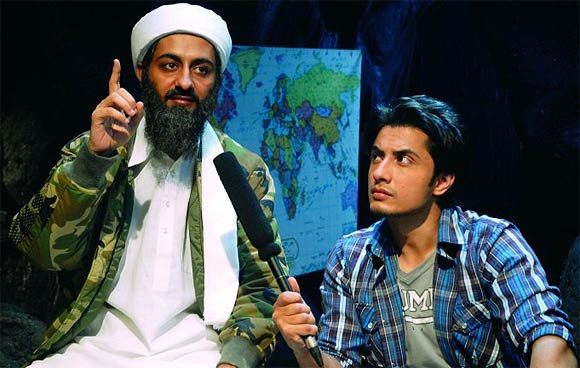 You have a huge female fan following. How do you react when a woman compliments you?

I either compliment her back or just smile.

Have you ever had an actress hit on you?

(Laughs) Yes, but I won't name anyone.

Do you make an extra effort to look good?

I am not obsessed with my looks. But I am really obsessed about my fitness and my health as my profession demands it.