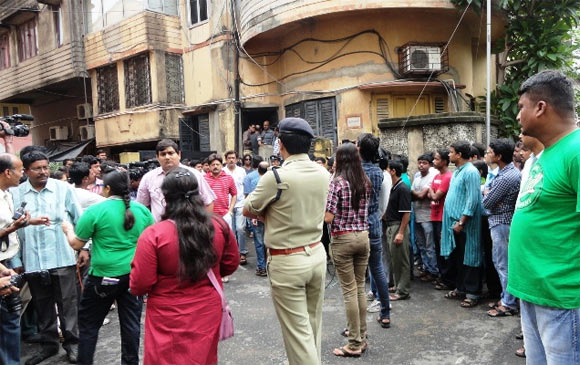 One would have expected a lot of din in front of filmmaker Rituparno Ghosh’s ancestral home in south Kolkata following his sudden demise on Thursday morning.

There was a huge crowd -- but a crowd that was maintaining a hushed silence.

Celebrities from the film fraternity poured in but the usual excitement among the commoners to see those famous faces was absent.

Those who had gathered there were yet to come to terms with this tragic incident.

“I still can’t believe that Ritu is no more,” veteran actor Dipankar Dey said. “How can someone who is so active die all of a sudden? He was just 49. “There was so much to do."

“It’s a great loss to the world of films as such”, Pal told the media that had gathered at Ghosh’s residence.

“Rituda was an asset not only to the Bengali film industry but also to the world. Nature avers vacuum, it is said. But who can fill in the vacuum that his death caused?” Pal asked. 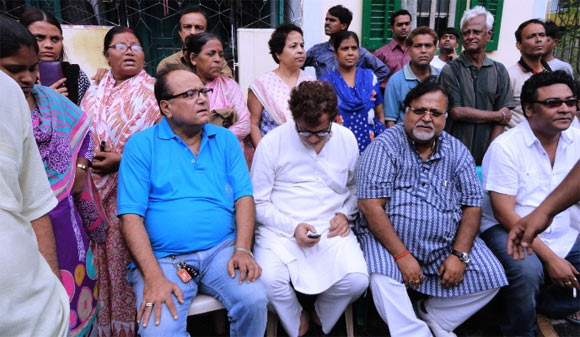 State Minister for Commerce and Industries Partha Chatterjee wore a helpless smile on his face.

“He was in the studios till late last evening and was supposed to be there this morning as well,” Chatterjee mumbled, his voice wearing off.

The minister had reached Ghosh’s residence around 8 in the morning and was supervising the security arrangements there as dignitaries from different fields were paying their visits.

Also present with him were Trinamool member of the Parliament Derek O Brien and singer Indranil Sen.

Actress Sudipta Chakraborty was in tears as rediff.com approached her for her reaction and a tear-filled ‘Rituda’ was all that she could spell out before breaking down.

For many, it was the most heartrending end to one of the most talented names of the film industry.