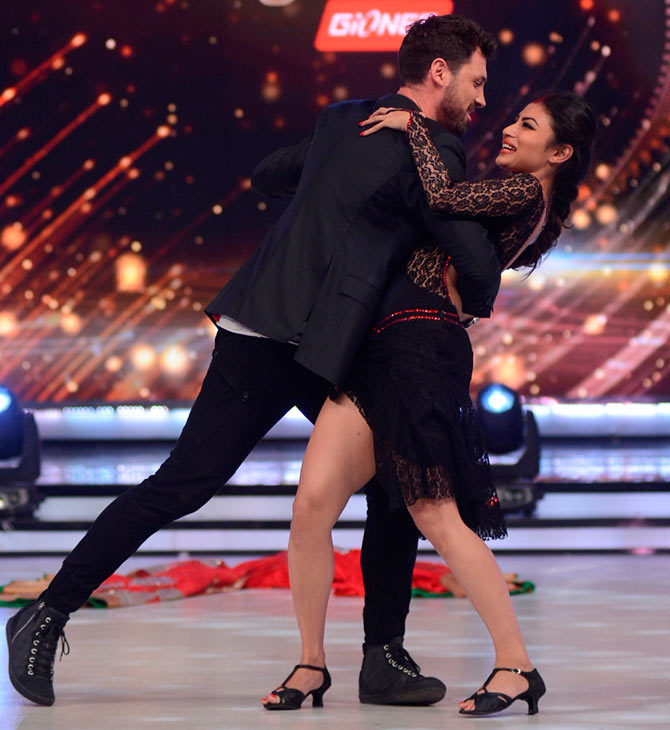 'The first 10 years of my life was just watching Bollywood films. Tt’s the purest form of entertainment. Who doesn’t love to sing, dance and tell a story?'

Maksim Chmerkovskiy is loving his time in India, and in Jhalak Dhikhhla Jaa.

Maksim has participated in Dancing... as a choreographer 14 times. He won the 18th edition of the show recently with his partner, skater Meryl Davis.

Maksim Chmerkovskiy talks to Rajul Hegde about his first visit to India, Jhalak Dhikhhla Jaa and much more.

What made you take up this show?

I think the most important reason is because it’s India.

It’s the country everybody wants to visit. In America, it’s tradition for kids to travel after they graduate from college, and 95 per cent of them travel to India.

When they come back, they talk highly about the country, its culture, beliefs, emotions and positivity.

I love travelling. I grew up competing in dance shows in different cities. And India has an exotic appeal so it was like a dream come true when I was offered this show.

I will be working only for two days and another four days, I will use to explore the country. I want to see the Taj Mahal. 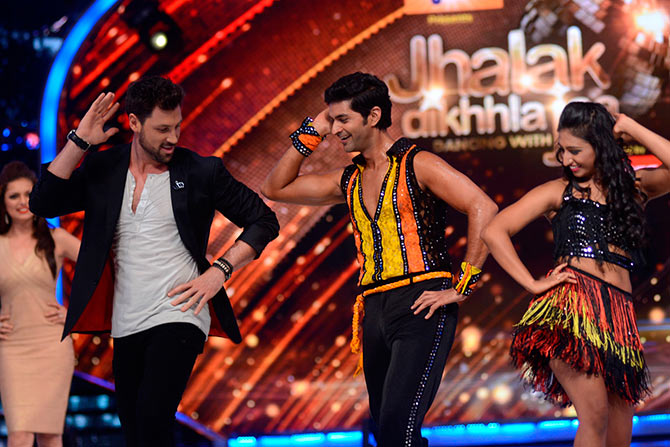 Have you watched the previous seasons of Jhalak Dhikhhla Jaa?

I haven’t watched previous seasons but I watched the first episode of this season when I flew down to India and met the producer.

I think that’s my job as a guest judge.

How different is the Indian format from the American show Dancing with the Stars?

It’s completely different in terms of the flow and technicalities. In the US, it’s fast and takes just two hours from start to finish.

Here we had to shoot for 13 hours and after that they compile it into two shows.

The styles aren’t specific like in the US. Everything is heavily influenced by Bollywood and Indian traditional dances forms.

I don’t mind that and I think it’s brilliant.

Our shows are more about how technically correct the performance is, but Jhalak is about presentation and how beautiful it looks.

I still saw some elements of cha-cha-cha, samba and salsa and that’s enough. I don’t think people should be forced to do what they can’t relate to.

The show is all about entertainment and if people connect to traditional Indian styles, it’s great.

I have been part of Dancing with the Stars for nine years and honestly I have done cha-cha 10,000 times. I want to see something different... 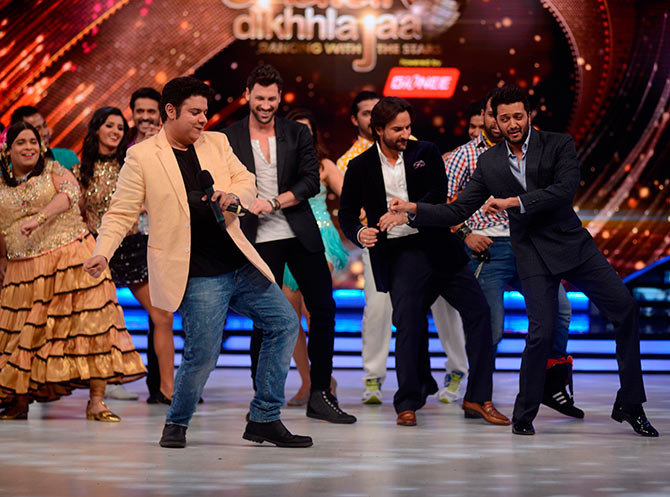 How much do you know about Bollywood and that style of dancing?

The first 10 years of my life was just watching Bollywood films.

It’s the purest form of entertainment. Who doesn’t love to sing, dance and tell a story?

I have seen and danced but faked it because it was not real. But what I saw on the show was brilliant and choreographers obviously have grown up with it and know what they are doing.

Since Jhalak is heavily into Indian tradition and Bollywood style dancing, will it be challenging for you to judge the show?

No. As a person, you can say if you like it or not and why.

I don’t know the Indian traditional dance in depth but still I can give my opinion. And mind you, I am a fast learner (grins).

'When I called my mother, she told me that Madhuri is a big Bollywood superstar' 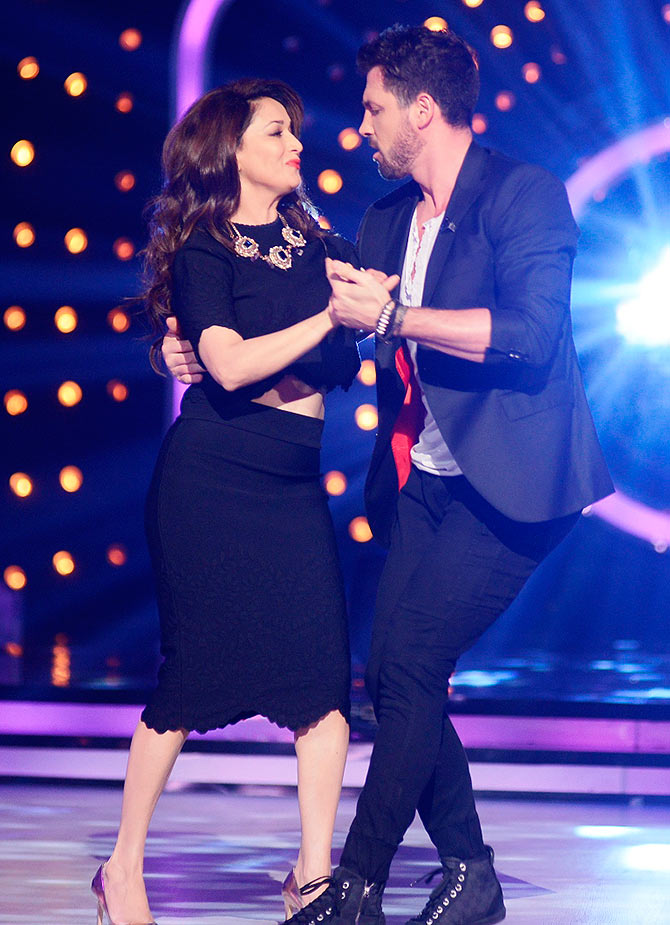 It was fun. The flow was different and the judges’ panel was brilliant.

Remo (D’Souza) and I have an almost similar scoring pattern because we're in the same field.

Karan (Johar) speaks well and is a person you want to listen to because he just puts together beautiful sentences.

He says things that are specific and they could make you a better dancer.

I appreciate that because I have been at the receiving end of many types of criticism and a lot of the time it was not productive at all either to me or my partner.

Did you know that Madhuri Dixit is the dancing diva of Bollywood?

No. I didn’t know who she was and I have never seen her movies.

A bunch of young actors and directors came on the show to promote their films and bowed down to her.

A young Bollywood actress (referring to Shraddha Kapoor) was all excited like a little girl, and she says to Madhuri that she is amazing and a big fan of hers. Then I know that Madhuri is a big deal.

Initially, when we made small talk back stage I didn’t know who she was and that she has been in the industry for 30 years. I said something stupid to her.

When I came to know that she is a big star, I kept apologising for another 12 hours of shooting.

When I posted my selfie with her on social media, it got so many comments. When I called my mother she told me that Madhuri is a big Bollywood superstar. I think I need to do my research well (smiles).

'Sophie Choudhry did a beautiful job; I was impressed with her' 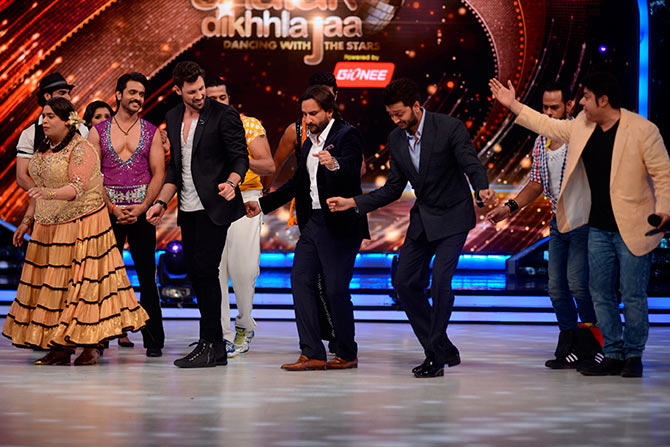 Is judging easier than choreographing since you have done both?

Right now, I would say judging (is easier) because my body hurts after three months of dancing in the US.

Winning Dancing with the Stars is an unbelievable feat, a testament to mental and physical effort.

What did you think of the contestants?

Shakti Mohan is brilliant. And that little kid Akshat Singh is great too.

Sophie Choudhry did a beautiful job; I was impressed with her.

'I have a humble opinion about myself and if you give me a job, that's my focus' 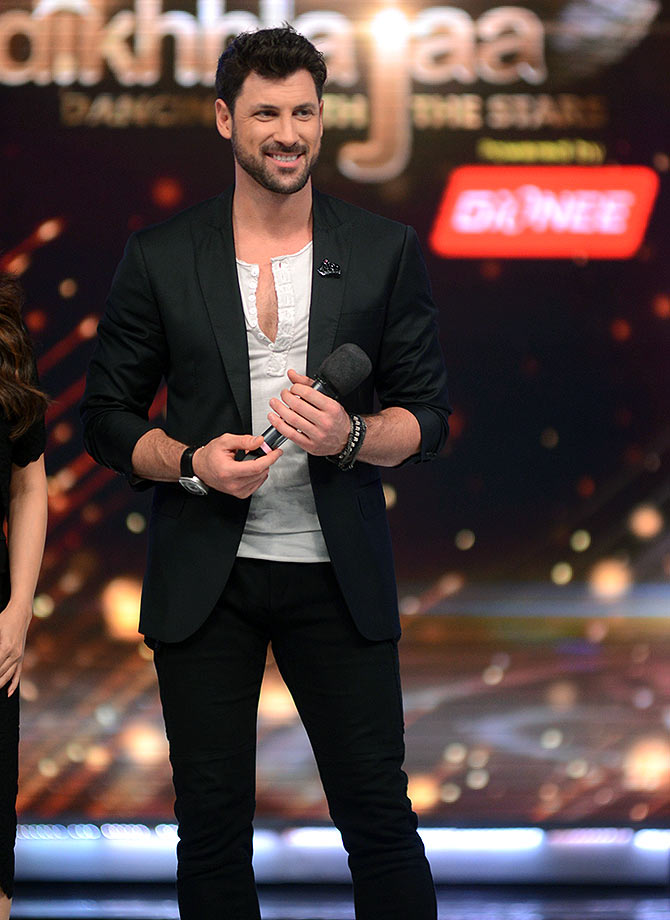 Will you be guest judge for the entire season?

I have a lot of work commitments that I need to figure out. For now I am here.

Any plans of setting up a studio in India?

I have a humble opinion about myself and if you give me a job, that’s my focus.

I am not here for the alternative reason of dominating another market.