'Horror films are no longer sleazy' 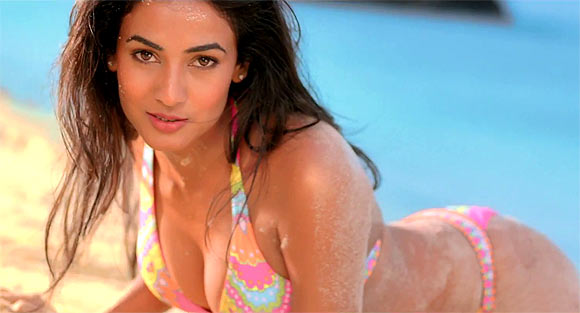 Actress Sonal Chauhan gave a good performance in Jannat (2008) and then disappeared. Three years later, she returned with a cameo in the Amitabh Bachchan starrer Bbuddah Hoga Terra Baap and disappeared again.

Now, two years later, she plays Neil Nitin Mukesh's love interest in 3G.This time around, the 27-year- old actress promises that she is here to stay.

Apart from being the lead actress in the film, Sonal is also making her debut as a singer.

In this interview with Sonil Dedhia, Sonal explains why she disappeared from films, gives some tips on how to get a perfect bikini body, and sticks up for horror movies.

You have been around for five years and 3G is just your third Hindi film. Why did you disappear?

I was very young when I did Jannat. I was studying at that time and took a conscious decision to complete my education. I gave education priority.

'After Jannat was a hit, I did not know what to do' 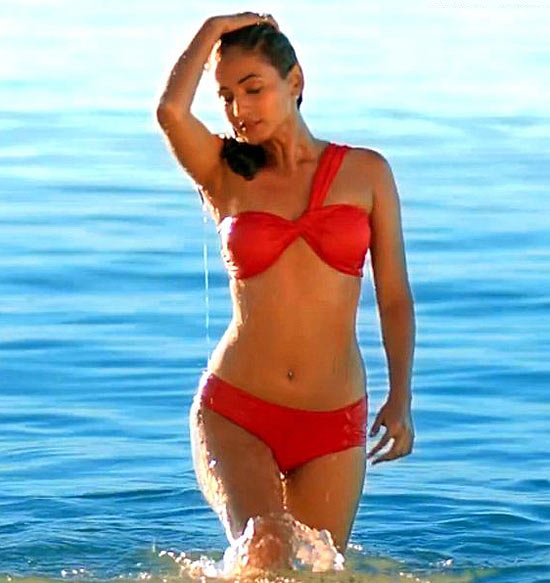 Normally, when actors taste success in the first film they try to capitalise on it but you chose to go back to studies.

After Jannat was a hit, I did not know what to do. I was very happy but that's about it.

As I mentioned, I had to finish my studies so I decided to do it. If someone at that time had guided me, then probably I would have stayed back.

I am sure you must have got a lot of offers.

Yes, I did get offers but I don't like to talk about things that I have rejected (smiles).

'I am very happy how things have shaped up for me' 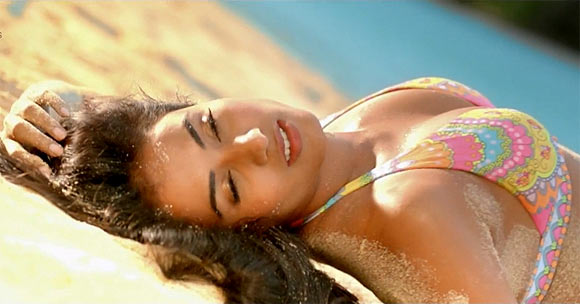 Are you still in touch with the Bhatts?

Yes. They are like my family. They gave me my first film that turned out to be a huge success. Their blessings are always with me.

Do you think having a godfather in the industry is an advantage?

I really don't know. If there is someone who guides you -- if that is a godfather -- then yes. I think guidance in any kind of field is very important especially when you are young.

Guidance is good. I am not sure my career would have been better if someone had guided me. I am very happy how things have shaped up for me.

'Things have changed in the way horror films are being made' 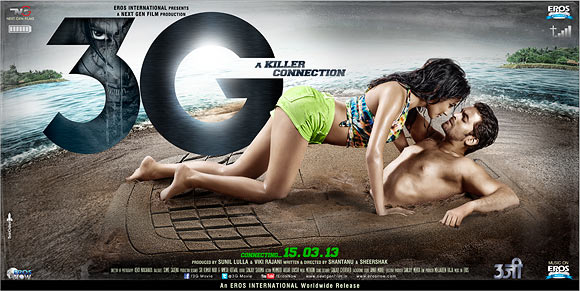 While your contemporaries are doing films that please the masses, you chose to do a film like 3G, which is a horror film, a genre that hasn't been very successful.

I don't choose films based on whether the masses or the classes are going to like it.

I think horror is a genre that works pretty much. When I signed the film, everyone from the industry told me horror is something that works always as there is curiosity among people.

Honestly, today there is not much difference between mass and class audiences. If it is a good film people will watch it and it works irrespective of whether it is a Rowdy Rathore or Oh My God. As long as the script is good it is going to work.

Horror films and sensuality go hand in hand. Were you prepared for it?

I think it used to happen in earlier films where the actress is coming out of a shower and would be all sensuous. Today, things have changed in the way horror films are being made.

Horror films are no longer sleazy. There aren't many intimate scenes in the film but looking at the promos one might feel there are.

A lot of horror films that I have seen focus on playing with the viewer's mind. Like in 3G,you keep wondering what will happen till the end.

'If there are 30 kisses, I wonder where the scenes are' 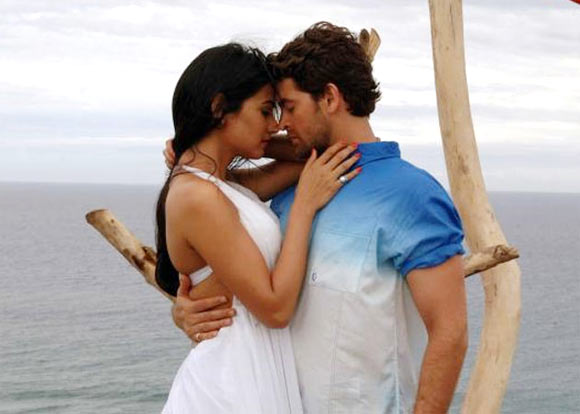 It is said that there are 30 kisses in the film!

If there are 30 kisses, I wonder where the scenes are (laughs). I don't know where such reports come from.

Were you apprehensive about 'exposing' and doing intimate scenes on screen?

I think exposing is a very subjective term. In real life, I wear shorts all the time. If I go to the swimming pool, obviously I wear a bikini.

If someone tells me they want to put intimate scenes for promotional reasons then definitely not. But if it is important for the script, then I am open to it.

'I wasn't sure about wearing the bikini till the last moment' 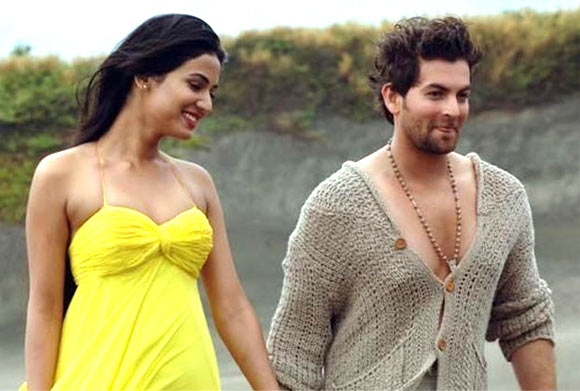 Did you actually go on a special pineapple diet so that you could get in shape to wear the bikini?

I love eating. I have never gone on a diet. When you starve yourself, the glow from the face goes away.

I wasn't sure about wearing the bikini till the last moment. I thought I would wear it only if I looked good in it.

I just went to a gym regularly and did yoga to get in shape. I also avoided chocolates, cakes and fried food, but that was just during the time of shooting.

Any tips for that perfect bikini body?

Workout and yoga is very essential.

Maintaining a proper diet is also important. Drink lots of water and green tea as it cuts down fat.

You are making your debut as a singer in this film.

I've loved singing since I was a child but I was never able to get professional training. I would love to do it now.

We were shooting for this song when the directors saw me humming the tune perfectly. They asked me to record the song.

I was nervous and sang the way I sing in my bathroom (laughs). I am glad it has come out really well. I would love to continue singing.

Any plans for your own music album?

It is so early. I am still a struggling singer.