What Amy Winehouse said in her last interview 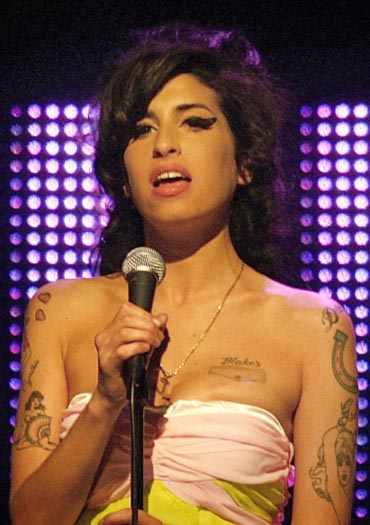 In what was the last interview she gave before she died, Amy Winehouse admitted she was quite a shy girl, who always fought nerves before a performance.

The interview took place in March when the Back to Black singer was recording a duet with legendary crooner Tony Bennett in Abbey Road studios for a version of the classic Body And Soul.

She was asked if it felt good to be back in the studio, and she answered in the affirmative. 'It's good to be in the studio with Tony. That's the only reason I'm here,' the Telegraph quoted her as saying.

Winehouse went on to admit that she was her own critic, and quite a shy girl. 'I'm my own worst critic and if I don't pull off what I think I wanted to do in my head, then I won't be a happy girl,' she stated.

'I'm not a natural born performer. I'm a natural singer, but I'm quite shy, really. You know what it's like? I don't mean to be sentimental or soppy but its a little bit like being in love, when you can't eat, you're restless, it's like that. But then the minute you go on stage, everything's okay. The minute you start singing,' she added. 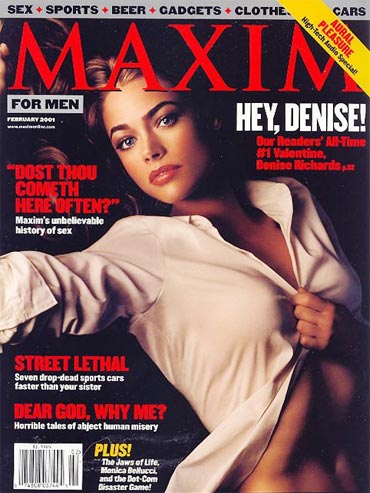 Denise Richards has revealed that she was once involved in a lesbian affair with a 'beautiful' Hollywood actress.

The former Bond girl, who has two children with ex-husband Charlie Sheen and recently adopted another daughter Eloise, admitted to sleeping with a female pal during an interview with Howard Stern for his radio show.

Richards, who was filmed to have had a same-sex tryst with Neve Campbell in Wild Things, also revealed that her lesbian lover was a well-known Hollywood star.

'I just met her through friends and work and stuff... I was just curious,' Contactmusic quoted her as saying.

'We were curious. She was a girly-girl. She's beautiful. You would know who she is,' she added.

Meanwhile, Denise claimed that she was finally happy about the shape of her breasts after going under the knife for the third time.

The 40-year-old opened up about her botched boob jobs during a promotion of her new memoir, The Real Girl Next Door.

She admitted that she had not done enough research before having her first breast enlargement at age 19.

'When I was 19, a doctor put in bigger implants than what I'd asked for. I was in such a hurry to get them that I didn't research my doctor,' the Daily Mail quoted her as telling Us Weekly.

She also recalled how the second surgery increased her bust to a size D, ahead of filming her 1998 movie Wild Things.

'I felt very vulnerable. I was getting ready to film Wild Things and I didn't want to get into a lawsuit with some plastic surgeon,' she said, adding, 'It wasn't right what the doctor did, but it is what it is.'

Richards revealed that she is finally content with her breasts, following the third surgery. 'This is the size I wanted them to look at 19. There is a long investment with breast implants,' she said.

'They are not going to last a lifetime and things can go wrong. I'm happy with them now, but that could change,' she added. 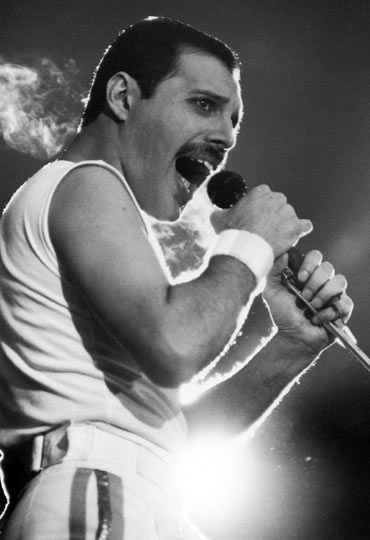 The legendary singer would have turned the milestone on September 5 this year and his bandmates will mark the special day by giving fans the chance to collect the re-issued records.

The Works, A Kind of Magic, The Miracle, Innuendo and Made in Heaven will all be re-issued. The new releases will also mark the band's 40th anniversary.