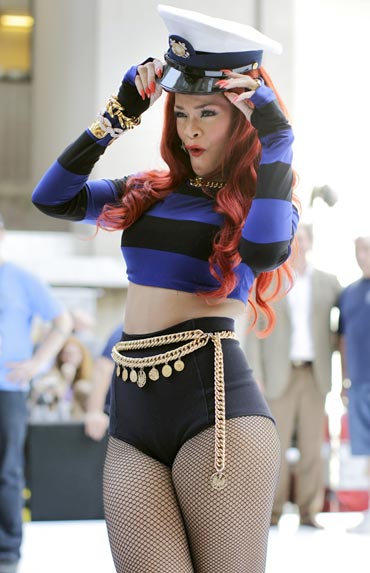 Rihanna did a Lady Gaga when she stumbled onstage while performing to her song What's My Name for her fans in Canada.

The Barbadian singer was appropriately singing the hit song as she was entertaining a 16,000-strong crowd in Edmonton, Canada, on her Loud world tour when she lost her footing.

However, ever the professional, the racy singer quickly sprung back into action as she tottered on dangerously high heels.
The incident happened on the fourth night of Rihanna's six-date stop in Canada.

The Love The Way You Lie singer returned to Los Angeles yesterday, just in time to make it for the BET Awards after party. 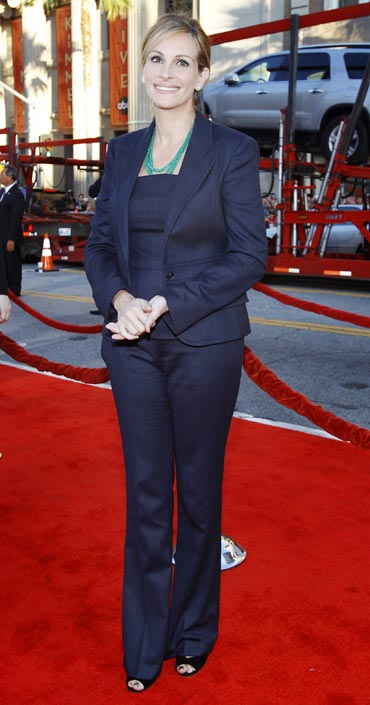 Dressed in a conservative black suit and emerald jewellery, the actress posed for cameras with co-stars Tom Hanks and Taraji P Henson.

The movie is set for a July 1 release in the US.

Tom Hanks scoots on a scooter 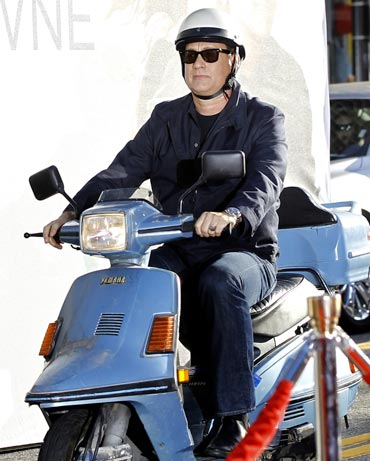 Image: Tom Hanks
Photographs: REUTERS/Mario Anzuoni
Tom Hanks was also present for the movie premiere with wife and co-star Rita Wilson. The legendary actor arrived on a scooter for the premiere.

Charlie Sheen to be killed in Two And A Half Men 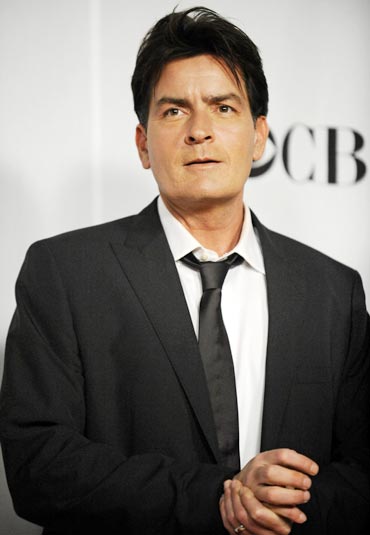 Charlie Sheen's Two and a Half Men character will be killed off in a way to prevent the actor from ever returning to the series, it has emerged.

TMZ has revealed that when the show returns, the screen will turn dark for just a minute or two because Alan and Jake will learn Sheen's character Charlie Harper bit the dust, reports the Daily Mail.

Show creator Chuck Lorre wants to make sure his character Charlie Harper can never come back on the show, with mooted scenarios for his death including him driving a car over a cliff.

Lorre is also toying with the idea that Ashton Kutcher's proposed new character could star in the show after buying Harper's old house. 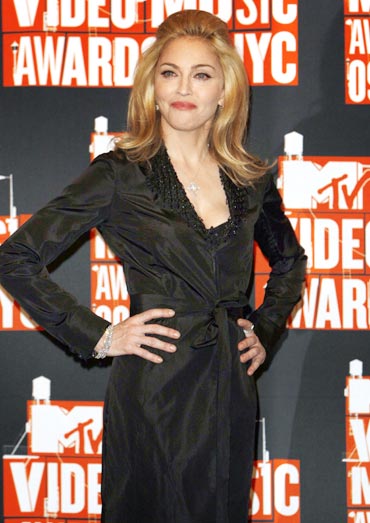 Madonna has rekindled her romance with her French toyboy dancer who is 28-years her junior.

Madonna, 52, was spotted out on the town with Brahim Zaibat, 24, and both were dressed from head-to-toe in black, the Daily Express reported.

The pair looked happy to be back together, but kept a low profile at the trendy VIP Room in Paris.

It was rumoured they had split last month due to clashing religious beliefs, as Madonna, a mother of four, is a firm believer in Kabbalah, a mystical branch of Judaism, while Brahim is from a strict Muslim family.