Mumbai's Liberty theatre put together a magnificent film-and-music show called Fearless Nadia, as a tribute to the yesteryear actress, on November 22. Nishi Tiwari captures the experience.

That probably sums up the legend of Fearless Nadia, an Australian named Mary Ann Evans, who assumed the screen-name Nadia and took the Hindi film industry by storm in the 1930s and 1940s.

Celebrating 100 years of Indian cinema, the Liberty cinema in Marine Lines, South Mumbai, held a one of its kind film-and-music performance titled Fearless Nadia, a show comprising of iconic scenes from the late actress's famous films (including Diamond Queen) and a musical performance by a 13-piece orchestra.

The show is put together as a tribute to the actress by Australian percussionist/composer Ben Walsh and performed by Orkestra of the Underground that comprises of a bunch of Indian and Australian musicians.

The audience is a curious mix of corporate executives in cotton shirts and ties, a sizeable number of expats and Mumbai's bohemian crowd, their kohl-lined eyes, oxidized jewellery and wind-swept mane announcing their arrival.

Before the show begins, they excitedly file into the theatre and are shown to their seats by ushers, as blues music plays in the background.

In another dimly-lit corner, two friends are negotiating with an usher for better seats.

The band, headed by Ben Walsh, takes position on the stage below the screen.

Before the film screening, a documentary on Fearless Nadia is screened. Shobhaa De introduces the actress.

Sepia-toned snapshots of the actress from her film sets follow, with a voiceover talking about JBH Wadia, a pioneering figure in the silent movie era, who introduced Mary Evans to Hindi films.

Wadia was a staunch advocate of women's emancipation and strongly believed that to liberate India from the clutches of British rule, it was crucial to liberate Indian women by way of education.

This ideology finds voice in one of the scenes in Diamond Queen, when Nadia (who plays the highly opinionated and fiercely independent protagonist Madhurika) rebukes her father for his regressive ideas.

Mary Evans, who was touring India with a circus in the early 1930's, was eager to make a career in Hindi films. She had been drawn to the pictures ever since she was a little girl. Unlike Indian women of the time who were meek and easily submitted to patriarchal authority, Evans was a daredevil who had a strong mind. She even did her onscreen stunts herself.

She fit in Wadia's vision of a heroine perfectly. Her 1935 film produced by Wadia Movietone called Hunterwali may be her most popular film till date but few know that Diamond Queen is considered to be the most well made film of its time.

Thanks to her popular stunts and whip-cracking onscreen characters, she was rechristened fearless Nadia soon after her advent in films.

After the brief documentary and a glimpse of some of her famous film scenes, Diamond Queen starts with a magnificent live score from the band.

Walsh's body language indicates just how charged up he is as he leads the band and plays the percussions simultaneously. 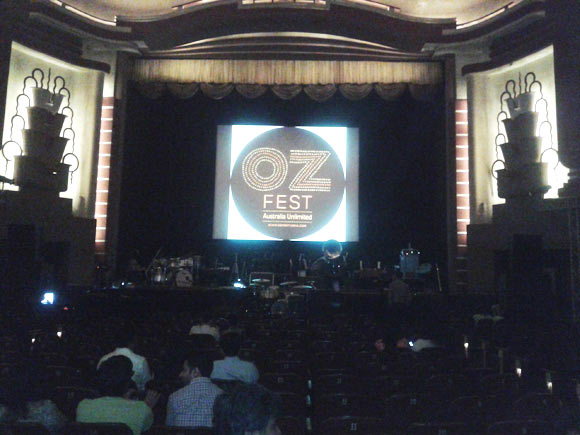 Up until Fearless Nadia makes her first appearance on screen, music mostly dominates the show.

Her entry is welcomed with loud cheers and wolf-whistles from the crowd.

Her arrival is truly telling of her revolutionary and progressive work in films. It's when a fight breaks out between local goons and her hotel-owner father that a feminine hand lands a punch on one of the goon's jaw.

Enter Madhurika, a wiry Jumna Prasad's daughter who's just arrived from Mumbai to her hometown (a fictional place called Diamond town) after finishing her studies. Nadia, dressed in a dress and a sailor's scarf, is imposing on screen. Everything else just recedes in the background.

She's a well-endowed woman with slightly chubby arms, an expressive face and pencil-thin eyebrows. She delivers her dialogues in Hindi with a faint yet endearing accent.

The film hereon is a rollercoaster ride of cleverly-shot fight scenes, unexpected plot twists, comical car chases, Nadia brandishing a gun with as much ease as she lies amorously in her outlaw lover's arms during one of their clandestine meetings.

In between scenes, the orchestra takes over with powerful interludes, effectively matching the mood of the film frame after frame.

In some of the high points of the show, music makes way for the visuals to take over and vice versa with impressive ease. It's a magnificent union of contemporary music and a black and white film.

The audience is as much taken by the live music on stage as Nadia on screen. Musician Leslie Lewis, who sits next to me, is closely watching the orchestra.

For the newest generation of movie-buffs, Fearless Nadia is quite the revelation.