Golden Globes 2012: The Highs And The Lows 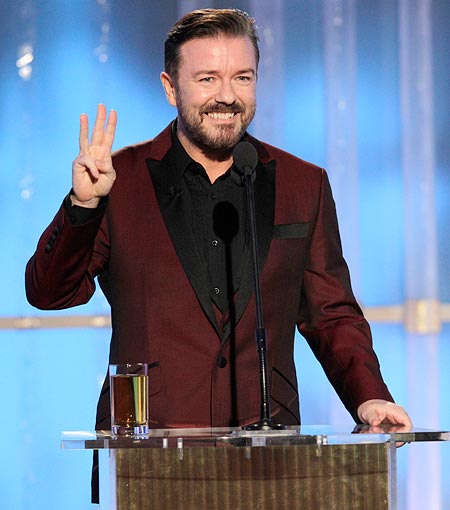 We were lied to.

Ricky Gervais did not host the 2012 Golden Globe awards. Contrary to what the reduced waistline would have you believe, the show was hosted by Gervais' first and greatest alter ego, David Brent from The Office.

Gone were the vicious personal attacks on Hollywood's biggest and brightest, and in its place Brent threw us insipid, toothless snipes with the potency of a drunken butterfly.

It was embarrassing to watch him laugh loudest at his own 'jokes,' try too hard without really having any material worth our while, and finally get punched in the comedic nuts by a 53-year-old woman. 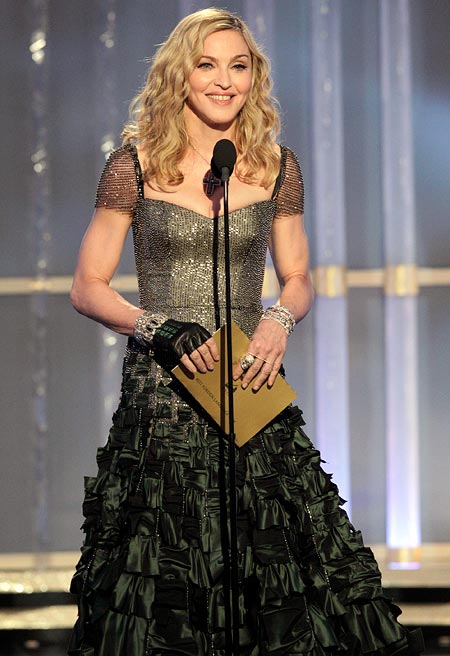 Trust Madonna to bring the fireworks.

On a night when Gervais pulled a Franco and became the sort of host cruise-ships and birthday parties might fire, Madge responded to his puerile intro cobbled together from her hits -- "she's always in Vogue.. just Like A Virgin" -- by challenging him to do something about her just-alleged virginity.

She continued to lay the beat down after inviting him onto stage, saying "I haven't kissed a girl in years." Beat. 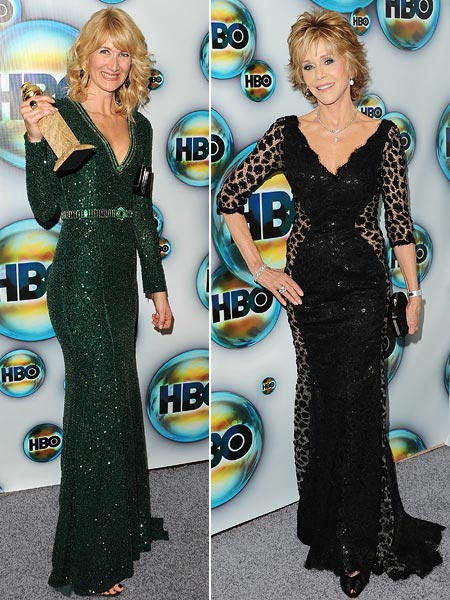 Indeed, most of the evening just proved to show that the old guard is still on top.

Some young people looked dazzling in their outfits -- Natalie Portman, Emily Blunt and Jessica Biel were the night's most jawdropping younger girls -- but the most stunning women of the night were ones more mature: Laura Dern, Jane Fonda, Michelle Pfeiffer, Sofia Vergara and Nicole Kidman.

And then there was Meryl Streep, the glorious thespian mother hen forgetting her reading glasses when she went on stage, leading to three of the most powerful men in the room clumsily passing them around -- from Harvey Weinstein to George Clooney to David Fincher -- making for the most candid and beautiful moment of the night. 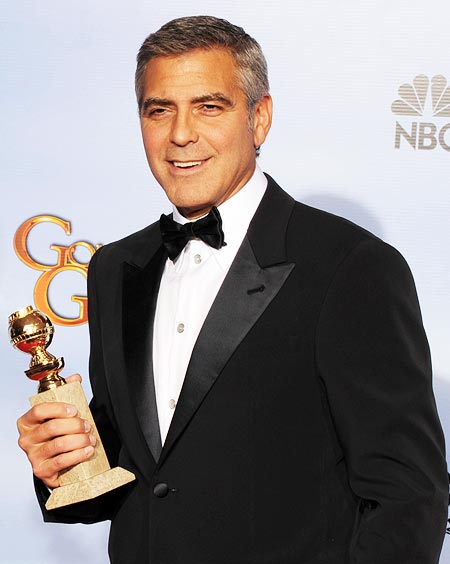 Speaking of George Clooney -- the man who won nothing for his The Ides Of March but Best Actor (Drama) for his work in Alexander Payne's The Descendants, which won Best Picture (Drama) -- the man showed off immense Brad Pitt love in his acceptance speech, as if to make up for Pitt's Moneyball being completely shafted by the awards.

As if enjoying the bromantic tongue-wagging, he then proceeded to make a very flattering joke about Michael Fassbender's schlong -- the best advertisement Steve McQueen's brilliant Shame could ever ask for. 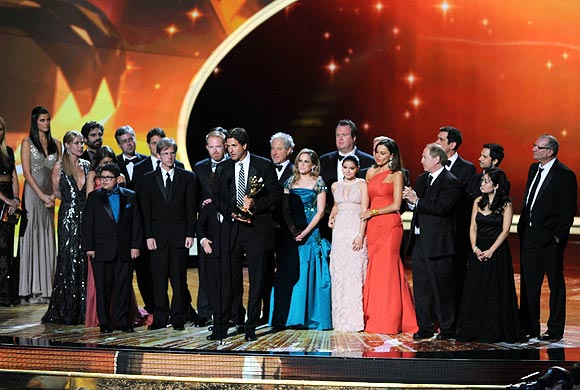 But Modern Family, one of the cleverest, most consistently smart shows on television, won Best TV Comedy, and all seems right with the world. 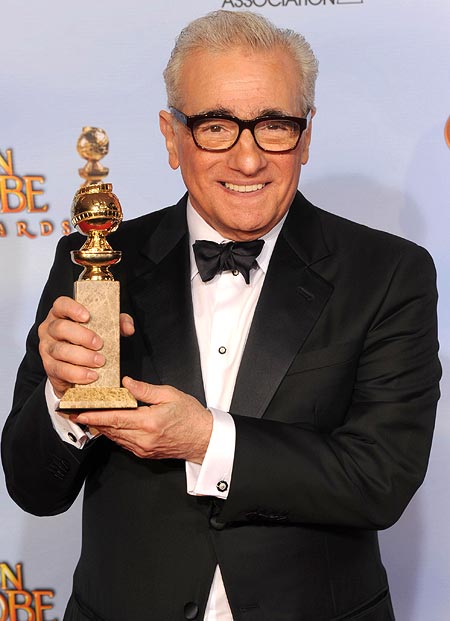 The big disappointment for me this year was Best Animated Film being wrested away from Gore Verbinski's fantastic, truly unique Rango and given to Steven Spielberg's overrated Tintin, a motion-capture film which didn't really belong in the animated category.

But then veteran directors were given big prizes all evening, with Martin Scorsese winning Best Director for his Hugo and the one and only Woody Allen winning Best Screenplay for the magical Midnight In Paris. 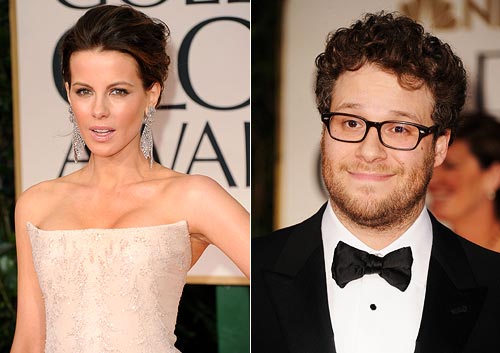 Christopher Plummer laid on the charm thick, Sidney Poitier burdened Morgan Freeman with tremendous encomiums -- leading Freeman, in turn, to take his Cecil B DeMille award and rechristen it The Sidney Poitier Award -- and Streep singled out the year's finest actresses, including ones overlooked by the Globes entirely.

The truest moment behind the microphones, however, came from Seth Rogen, a man significantly responsible for the year's truest film, 50/50, as he took his place next to scorching hot co-presenter Kate Beckinsale.

As he confessed to "a massive erection", Beckinsale broke into uncontrollable giggles.