Deepika Padukone: Ranbir is very possessive of me 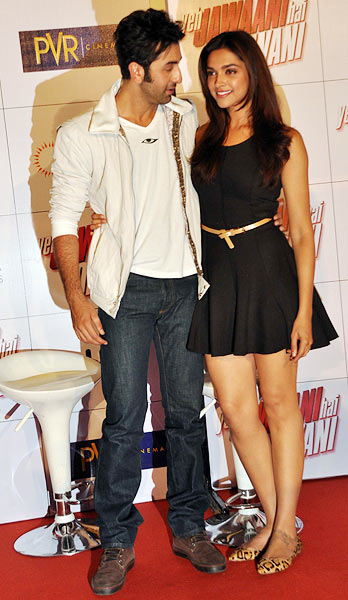 Karan Johar isn't known as the most sociable Bollywood celebrity for nothing.

With his self-depreciating humour and fiery one-liners, the director-producer and chat-show host can liven up the most predictable of movie launches.

"I'm the brand ambassador of over-exposure. I don't believe in subtlety," the director-producer remarked about the trailer of his latest production.

Deepika: There's no second chance for our (her and Ranbir) romance 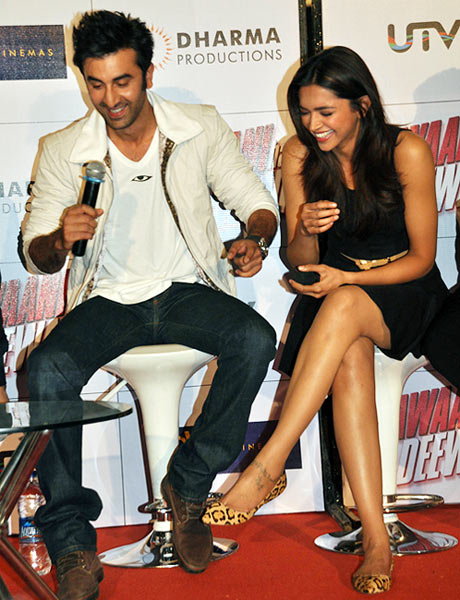 Set to a catchy background score and beautiful visuals, the trailer unveils the central characters in the film.

When asked if, like her nerdy character in the film, she's considered the possibility of falling in love with former beau and costar Ranbir again, Deepika replies rather cheekily, "We did all the permutations and combinations as well as chemistry before signing the film. I was always bad at chemistry in college. So if you are hinting at our romance getting a second chance, the answer is no." 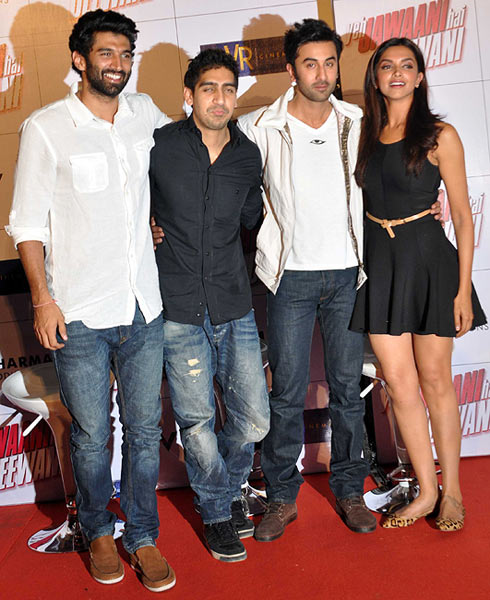 "She is an incredibly beautiful girl. When we worked together in Bachna Ae Haseeno, both of us were young and trying to find our footing in the realm of cinema. We have grown together and today when I look at Deepika, I feel terrific to see her become this fantastic and intelligent actress.

"It is inspiring working with her because she shares the same passion that I do, which makes the work much easier.

"There is no awkwardness at all. In fact, if anything, the comfort level has increased. If there is any nervousness it is only Ayan (Mukherjee, the director) who is going through it!" Ranbir said quite emotionally.

"Ranbir is very possessive of me. He gets mad when people tease me with names of other actors that I work with," Deepika quipped when someone asked if Ranveer Singh is the new man in her life.

KJo: This is a trailer launch, not a wedding invite 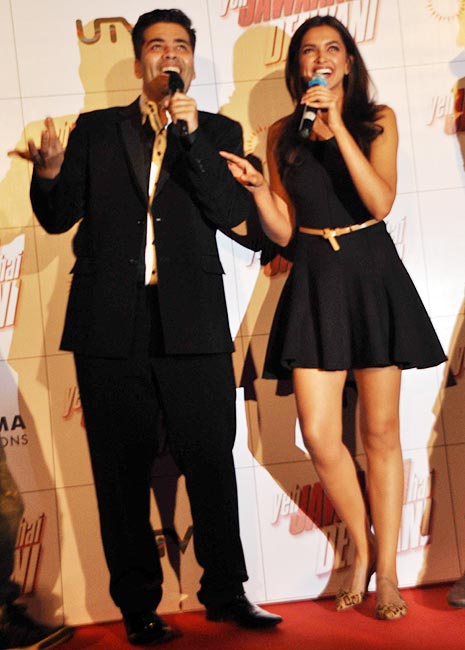 About the things that she admires about Ranbir, she said it is his brilliant spontaneity while performing in front of the camera that inspires her. "He never prepares and yet he is so good on screen. I have never seen him rehearse."

Karan Johar takes over when the questions focus only on Deepika and Ranbir's real life romance.

"I think the private relationship of the actors should be kept aside when they are here to talk about their professional endeavour. We have made a film that has Ranbir Kapoor and Deepika Padukone acting in it. It is not a wedding invite," Karan Johar remarked sarcastically.

Ayan: It's a film that celebrates love and the careless abandon of the youth 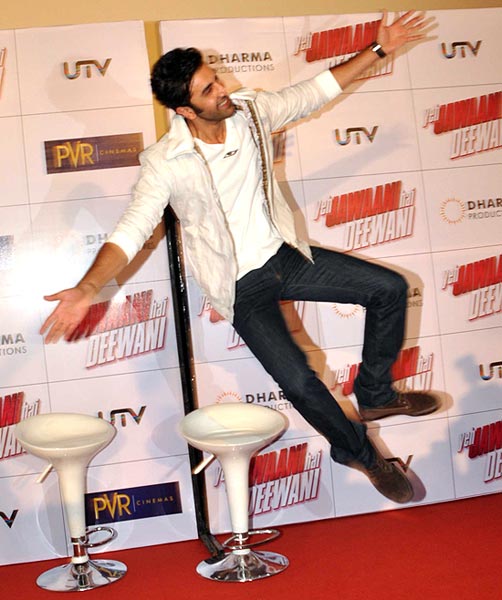 Having done varied roles in Barfi! and Rockstar, is the level of discipline that Ranbir Kapoor invested comparatively less in a laidback film like Ye Jawani Hai Deewani?

The actor says it was in fact more "because, unlike Barfi or Jordan, I don't have a strong character that I can consistently follow. You know, like the way of talking, the clothes, or the unique mannerisms.

"In an urban film like this I have to bring in a different kind of realism which is the spontaneity of everyday life. To bring that convincingly on screen, without any crutches, isn't very easy. I'd say this film has been more difficult for me when compared to my other films," explained the actor.

"It's a film that celebrates love and the careless abandon of the youth," is how director Ayan Mukherjee, who previously gave us Wake Up Sid, sums up the film.

'Making movies is the craziest thing to do in the world' 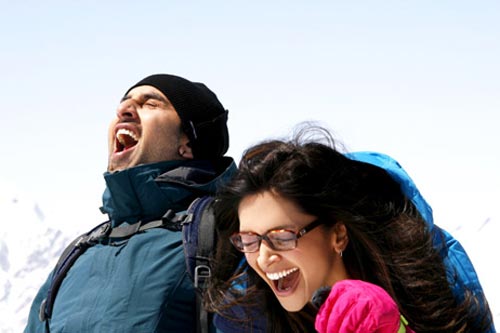 Asked where he considers Bollywood to be worthy of a global platform, Karan Johar said says, "We are a very unique industry and I think the song and dance routine is something that clearly segregates us from world cinema.

"Sometimes we suffer because of it, while at times we benefit. But the onus is entirely on the film fraternity, especially with the younger voices, to raise the bar so we not only remain unique but also become exceptionally brilliant; something we haven't attained thus far," said the director.

What's the craziest thing that he's ever done in life considering Yeh Jawaani Hai Deewani inspires one to explore the liberties that youth offers?

Johar ends the evening with, "We make movies. That's the craziest thing to do in the world."