'Chutki is not similar to Gutthi at all' 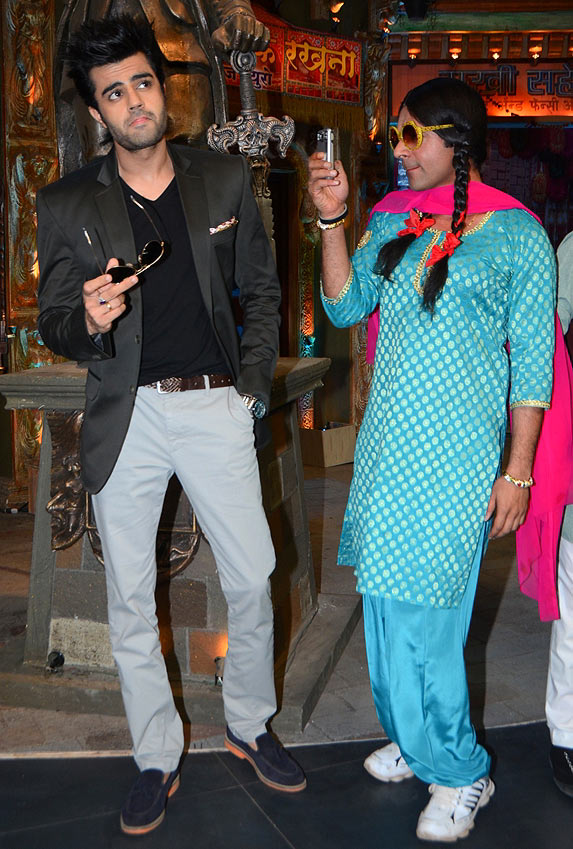 'Behind every successful man there is a woman. But in my case, I would say that behind this successful woman there's a man.'

Sunil Grover talks about his latest character Chutki, in her new show, Mad In India.

Comedian Sunil Grover, who shot to fame playing the funny female character Gutthi in Comedy Nights With Kapil, plays another female character, Chutki, in a new show Mad in India.

The show will premiere on February 16 at 9pm on Star Plus.

“The character Chutki is not similar to Gutthi at all, but the objective is the same: to bring a smile on the face of the audience.

“People love my comic antics and I will bring all that together to add more fun," says Sunil.

'I don't want to compare anything with my previous appearance' 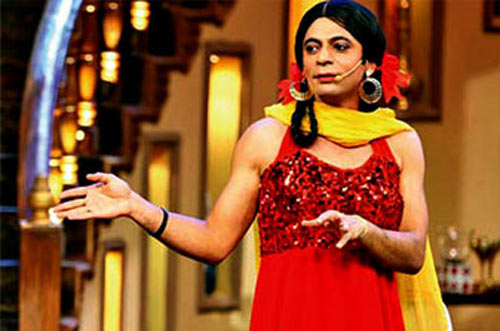 The new show is expected to be a chat-comedy show. The host Manish Paul will interview celebrities and Sunil will interact with them in different avatars.

Does he miss being Gutthi?

“No, there is nothing much to miss about her,” he replies.

Sunil left Comedy Nights With Kapil rather abruptly. There were rumours that he had problems with the show’s host, Kapil Sharma, who felt threatened by Sunil’s growing popularity.

Kapil has denied the reports and Sunil has clarified that he left the Colors show over money issues.

Sunil says his new show is not in competition with Kapil Sharma's show, which made him a household name.

"I am nervous but I won't say that I am under any pressure. But there is a sense of responsibility. At the end of the day, I enjoy my work and will continue to do it.

“I don't want to compare anything with my previous appearance. I can do only those things that I am good at."

'I have a small niche, and slowly it's becoming bigger' 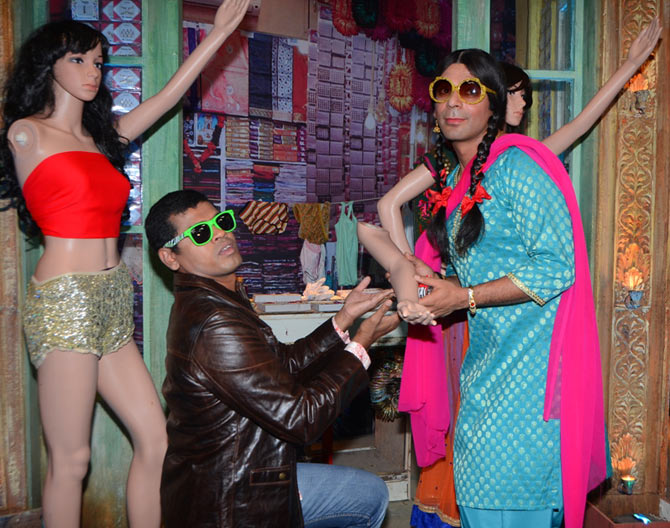 The 36-year-old from Mandi Dabwali in Haryana did his Master’s degree in Theatre from Punjab University, followed by a stint in professional theatre in 2003 and then shifted to Mumbai.

Does it bother him that people don’t take him seriously in real life because they just see him as a funny man?

“Not at all. I have a small niche, and slowly it’s becoming bigger.

After that he did a television show where he spoofed Shah Rukh Khan. “Again, people asked me how will you come out of this? After that I did a silent show on TV (Gutur Gu) followed by a couple of other characters on TV.

“I enjoy my work and the outcome is not in my hands so why should I think about it? I am happy that I love what I am doing.”

'Don't forget that I am a man, so I obviously stare at girls' 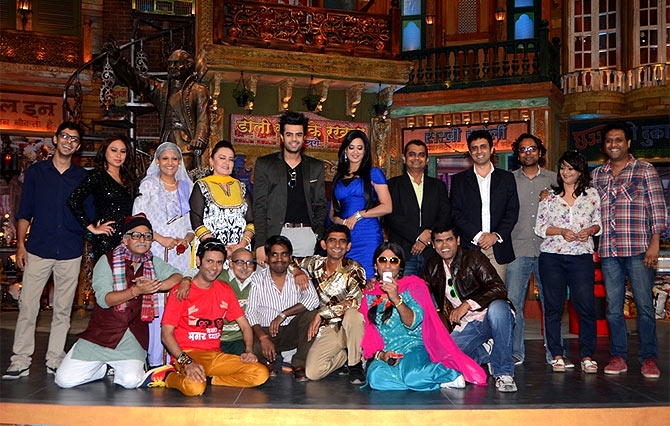 Image: The Mad In India team

How does he manage to get the ‘girlie’ mannerisms so right?

“Chutki is a small town girl and since I come from a small town I have observed girls minutely in terms of their body language, behaviour. I know everything about girls who hail from small towns. That is why I am able to portray the character so well.

“And, please, don't forget that I am a man so I obviously stare at girls,” he laughs.

'My wife only looks at the cheque' 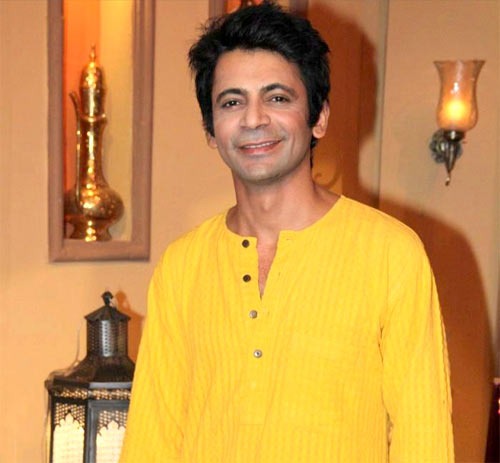 So, will be get to see the real Sunil Grover in Mad In India?

"There is no one called Sunil Grover,” comes the reply. “I am also trying to find out who Sunil Grover is.

“I entertain through different characters. Like the saying goes, behind every successful man there is a woman, but in my case, I would say that behind this successful woman there's a man."

What does his wife have to say about his switching sexes on stage?

“She only looks at the cheque and is happy that the cheque is coming in Sunil Grover's name,” he says, the funny man to the end.