'Mika and I have a love-hate relationship' 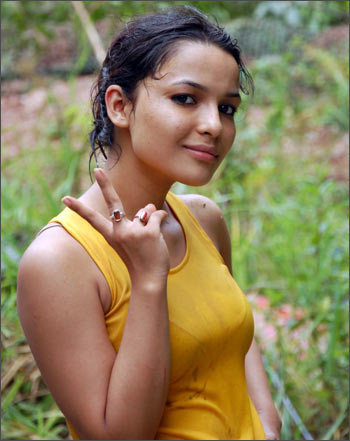 Chitrashi Rawat is the latest actor to be evicted from the reality TV show, Iss Jungle Se Mujhe Bachao.

Chitrashi, who along with Mika Singh and Jay Bhanushali, entered the show three weeks ago on a wild card, was pitted against Jay in the Maha Jungle Challenge.

She speaks to Rajul Hegde about losing the fight and her experience on the show.

How was your experience living in the jungle?

It was fantastic. I loved every minute of it. I always wanted to do something adventurous. Except for the fight over food which upset me, I had a great time with the contestants. Now I really love to cook for myself after coming out of the jungle.

'Whatever they have shown in Iss Jungle... is real' 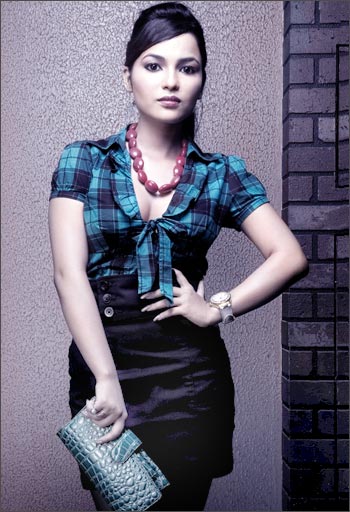 What prompted you to take part in this show?

I've always been an adventurous person and the idea of living in the jungle, performing tasks, cooking and doing everything by yourself was exciting. I am not a person who would sit and bitch about someone.

I was supposed to enter the show from the first episode itself but couldn't because of prior commitments. I had worked hard for my film Luck and wanted to be there during the promotions. So I was brought in as a wild card entry.

I wanted to do Fear Factor last year as well but my Comedy Circus dates clashed with the show.

How much of reality is there in Iss Jungle...?

It is as real as it can get. Whatever they have shown is real though it is shown in a different manner with music and masala for the TRPs. 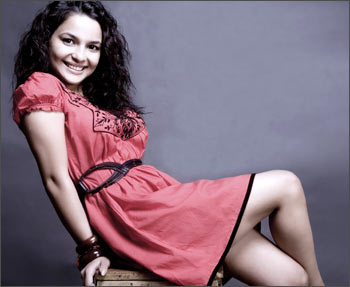 What happened during the Maha Challenge?

I am hydrophobic. When I saw the task involved water, I knew I wouldn't make it. I went ahead with the task because I didn't want to give up. Jay is an underdog who has proven that he is capable of taking on any task and emerging a winner.

Which were your best tasks?

The dancing task was the best and I wanted more. Everyone was surprised as to see how cool I could be with insects crawling all over me. But I did not notice them because I love dancing.

Who, according to you, will win Iss Jungle Se Mujhe Bachao?

I think Chetan Hansraj or Anaida will win though there is a perception that Aakash will win. I want to see Chetan win because he is physically and mentally fit. He is like an elder brother, always helping out and being a good sport. He looks serious but he is really funny when you speak to him. He is a big time comedian and we shared a good rapport. 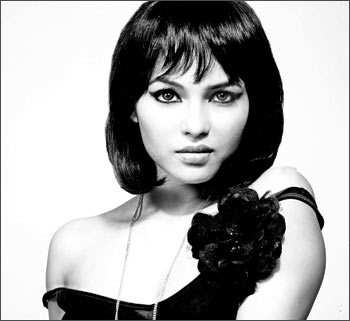 You had a tiff with Mika Singh?

Yes. He was frustrated because he had lost to Anaida and me in two tasks. Actually we have a love-hate relationship so he just blew up on me. He told me something, which I did not like; so I gave it back and didn't speak to him for a day. I started speaking to him only after they announced that he was in the bottom two. I gelled with everyone in the jungle and they all treated me like a baby.

Will you be in touch with the other celebrities?

Yes. In fact, I have called some of their families and spoken to them.

Is there anyone special in your life?

Yes. I am in a relationship for the last two years. He is in London and has just completed his MBA. Our long distance relationship is working out quite well as we give each other enough personal space.

What is in the pipeline?

I am doing a comedy film called Don't Worry, Be Happy with Rajpal Yadav and Vinay Pathak.