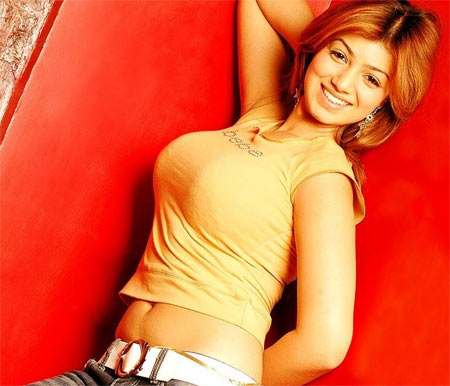 Here's a look at what your favourite Bollywood celebrities are tweeting.

Actress Ayesha Takia got involved in a row with Sidhartha Mallya after she claimed that her sister Natasha was mistreated by the staff of Kingfisher airlines.

'How can this happen!!!how dare this vinay podwal misbehave with a passenger and tare her boarding pass,it cud b any one of u!!think about it. I will tweet and tell ul the whole story in a bit,2 angry n upset rite now!this just happend!!I wanted u alllllll 2 no! My heart is beating so fast with anger that a girl at an airport gets treated this way by airport staff!he is at the kingfisher counter,' she continued.

She said that her sister was unwell: 'She is unwell and has a horrible backache,can't believe this happend 2 her rite now!!!!!!!!!!!! Is this how a girl alone at an airport gets treated by the staff of the airline she is flying?!?!?!? Vinay podwal at delhi airport,kingfisher staff just threatend and yelled at my sister saying he can throw any1 out n TORE her boarding pass!'

Sidhartha learnt of the actress's rant and sprung into action. 'Been getting retweets about Ayesha Takia & KFA. not too sure who she is, an actor of some sorts?? But it seems something has upset her!! Don't know why Ayesha Takia is tweeting so much when she wasn't even present. There are always two sides to a story. Pipe down love,' he tweeted.

The comment angered Ayesha even more and she continued her rant: 'I thank u all 4 ur support on this issue,v will b taking action asap.thank u all!!.#Justice We r goin 2 take serious action against this and go 2 court with it,let the law handle it,so that this dosent happen 2 any girl again.'

The scene got ugly as fans of the two stars also engaged in a row.

While Ayesha kept on reposting her fans' comments till the wee hours, Sidhartha decided to call it a night. 'I'm loving this...people too easy to wind up on twitter. I'm bored now. Good night,' he wrote.

Early in the morning, he added: 'Wow, lots of tweets this am! Didn't anyone sleep?!..am not gonna comment on this topic anymore peeps..got bored. sorry to disappoint haha!!' 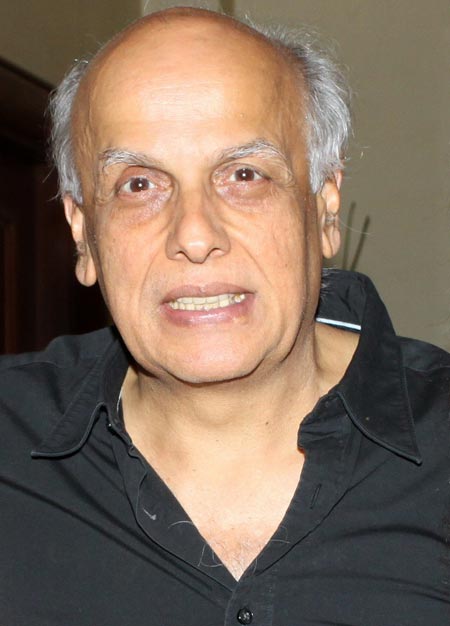 Mahesh Bhatt is excited about his upcoming film Aashiqui 2. The director revealed that it's an autobiographical movie as it tells the story of his first love.

He tweeted: 'Many years later I sit here replaying the memories of a pact that was made between me and Gulshan Kumar. The year was 1991. 'Make me a musical love story & i promise you that the movie will remain in the hearts of every Indian for decades to come,' he said. Let us make a movie that captures all the seasons of the heart in love... the human heart has remained unchanged since the dawn of time. The best kept secret about Aashiqui is that it is also an autobiographical film, as it deals with the story of my very first love.'

He also informed that Aashiqui 2 isn't the remake of the original: '21 yrs latter, Bhushan Kumar and Mohit Suri have come together to dream the same dream that we did twenty one years ago. Aashiqui 2 will dare to rise up to the expectations ignited by this ageless musical and continue the legacy.... Aashiqui 2 is being written by Shagufta Rafique and it is not a REMAKE!'

What are these stars up to? 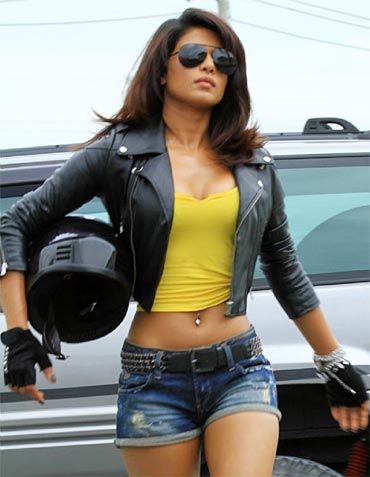 There may have been reports of a catfight on the sets of Barfee but looks like Priyanka Chopra and Ileana D'Cruz are good friends. 'Hung out with ileana yest..she was shooting next door,had such a good time in barfi..all the kids on my set were going crazy seeing her! cute,' Priyanka updated.

Delhi Belly actor Vir Das is hosting Stardust Awards with costar Kunal Roy Kapur. 'So Me and KunaalRoyKapur are hosting the Stardust awards this year. Rehearsing begin today. This is gonna be fun,' he wrote.

Karan Johar is busy and loving it. 'AGNEEPATH crosses the century mark...EMAET releasing in 3 days and am on the sets of SOTY!!! Life is a treadmill and am loving it!!!!!' he tweeted.

Watch: Mugdha sizzle in Will You Marry Me

Image: Mugdha Godse song Kalma in Will You Marry Me

Mugdha Godse shared a song from her film upcoming Will You Marry Me.

'pls watch my new song Kalma from 'will u marry me!'' she wrote with the video.

The film also stars Shreyas Talpade, Rajeev Khandelwal, Celina Jaitly and Muzammil Abraham and is expected to release on April 1. 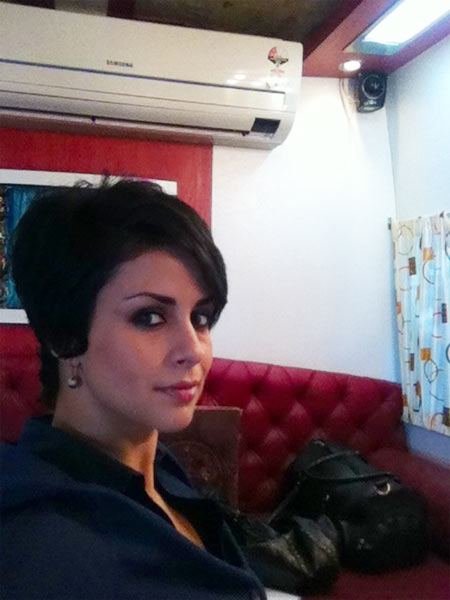 Gul Panag, who is shooting for Ram Gopal Varma's next film, got a new haircut for her role. 'And then there was make up! #illusion #photography,' she wrote with the picture (left).

Rahul Khanna got his fingers fractured in a studio and proudly shared a picture as he tweeted: 'My first dubbing injury! Fractured my fingers in a recording studio door. Watch out, I'm (one) armed & dangerous.'

Shilpa Shetty posted a picture of her dog as she wrote: 'At Geneva airport just heard my pet 'princess' won a Gold medal in a dog show. So proud of her!'