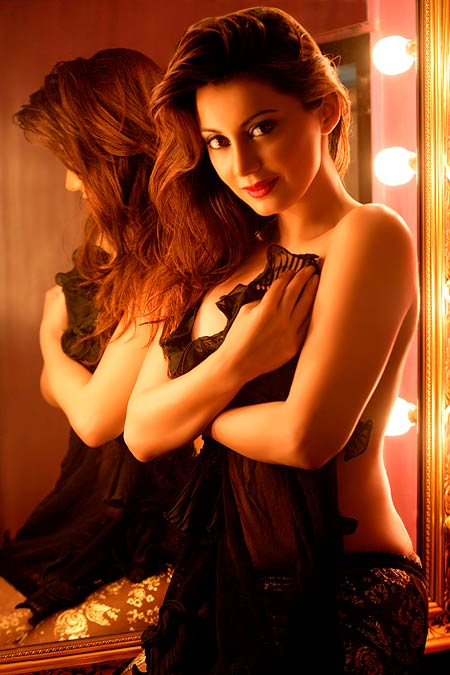 Stars mourned the deaths of Keenan Santos and Reuben Fernandes, who were stabbed while trying to protect the women they were with, who had being eve-teased by drunks.

Minissha Lamba tweeted: 'For Keenan and Reuben. Justice n only justice will suffice.'

Music director Vishal Dadlani even phoned the MLA, seeking justice. 'Call and express your outrage at Keenan and Reuben's murder. I'm dialling now! Just spoke with Mr. Ashok Jadhav, MLA of Keenan+Reuben's area, asking him to ensure that the guilty are punished! He was very supportive. Those saying that MLA Ashok Jadhav's supporting killers of Keenan+Reuben, call and tell him not to. That way, even if he wants to, he can't,' he tweeted.

Farhan Akhtar wrote: 'I hope the courts act swiftly to convict the murderers of Keenan & Reuben. Their families deserve that, at the least.'

Sandhya Mridul tweeted: 'Sad that one has to Fight for justice shouldnt it be the other way?! SO BE IT! #JusticeForKeenanandReuben'

Director Roshan Abbas tweeted: '#JusticeForKeenanandReuben Stand up for what you feel. We love Mumbai for it was always SAFE, SECULAR, SECURE! Where is all that now...'

Director Punit Malhotra was shocked to hear the news. 'Just watching the news... Shocked to hear about the 2 youngsters, Keenan and Reuben. Need to stand up for justice for them!!! Heard one of the boy's father speak on tv. My heart goes out to him. Wish the culprits are severely punished!!!' he updated.

Sneha Ullal tweeted: 'Rip Keenan and Reuben.2 Mumbai boys who stood up for their female friends who were teased by a gang of some local bullshiters.' 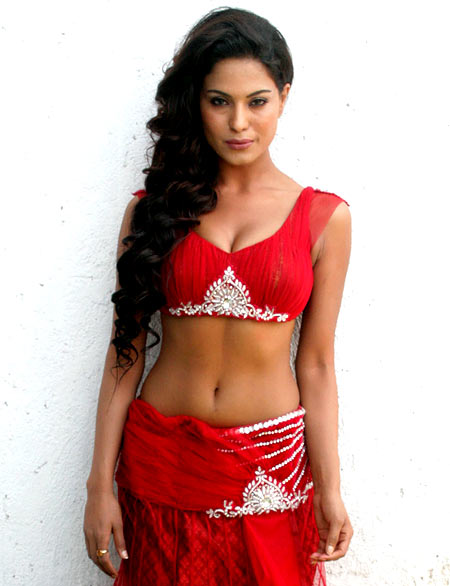 Often called as the Rakhi Sawant of Pakistan, Veena Malik is all set to take over Rakhi's territory in India. The former Bigg Boss contestants with shake her booty in Tere Naal Love Ho Gaya.

Co-star Riteish Deshmukh tweeted: 'Back on the sets of #TereNaalLOVEhoGaya - shooting a song-'Main toh teri FAN ban gayi' with @geneliad and Veena Malik'

What do you think of Don 2's new poster? 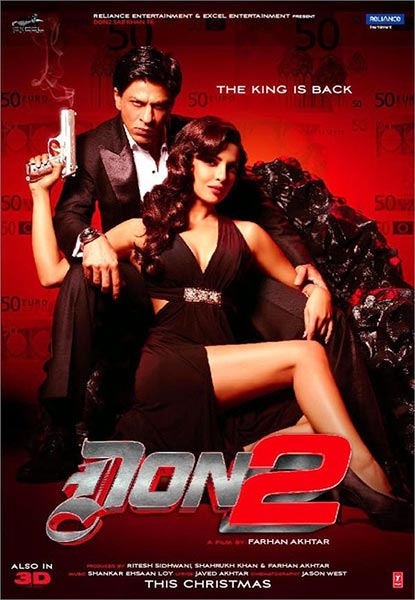 Priyanka Chopra might be busy cutting an album in Los Angeles but she is quite excited about her upcoming film Don 2, starring Shah Rukh Khan.

The actress tweeted the latest poster of the film, and asked for feedback from her fans.

And she got some from director Anurag Basu. 'SUPER DUPER LIKE!!!!!' he tweeted.

What do you think of new Don 2 poster? Tell us!

Why Akshay Kumar is apologetic 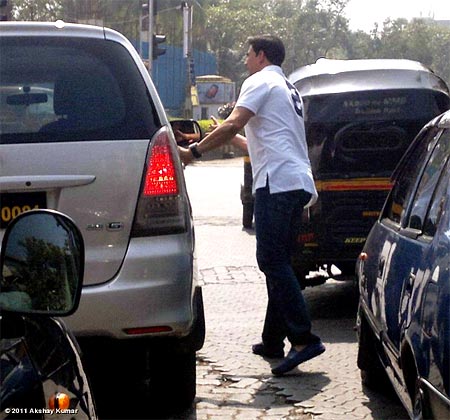 Akshay Kumar started his day with a social cause. Read on for the details:

'I'm going to start with an apology, I'm sorry for this negative message guys, its just that on days like today I cant stand the ignorance of some people. On my way to work this morning this guy really frustrated me. I had to get out of my car in the middle of Bombay traffic right by Mr Bachchan's house, & literally pick up off the road an empty packet of cigarettes that this man decided to carelessly throw out his window without a second thought. Not only do we have to put up with the fact he smokes but we also have to deal with the fact that he doesn't care a damn about his city or his motherland that God has so graciously provided for him. If we all treated the streets of India with as much love as we do our homes & temples, we would have 5 star ratings on cleaniness rather than being known as one of the dirtiest cities in the world,' Akshay tweeted with the picture (left).

The actor requested his fans not to abuse Indian streets: ''I'm no angel, I drive a car, I fly in planes, sometimes I accidently leave the light on, but I consciously try everyday not to dirty or abuse our city. Question is do you? What's the worst thing you've ever done to our environment, something u walked away from that u wished deep down u hadn't done? I know for sure the guy that littered in front of me today wont forget his actions. I must say I'm sorry for scaring him but don't abuse India's streets & maybe they wont abuse you! Dont forget, let me know ur bad habits :) sometimes writing about them helps u confront & consciously strive to better them. I cant help it i love my country, i just cant cant stand those who dont.'