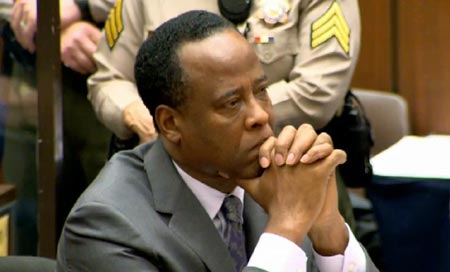 Prosecutors in Los Angeles are said to be preparing a legal fight to have Michael Jackson's jailed physician, Dr Conrad Murray, sent to higher category prison for killing the singer.

According to District Attorney Steve Cooley, he is considering an appeal after Murray was ordered to serve his sentence for involuntary manslaughter in a county jail, Sky News reported.

This is the result of a new law in California, which keeps those convicted of certain non-violent offences out of the state's overcrowded prison system, and the convicted would usually expect to serve half of their sentence.

Cooley is angry that Murray might serve less than half the four-year sentence handed to him.

Murray had been convicted earlier this month of killing the Billy Jean hitmaker through criminal negligence, giving him a dose of the hospital anaesthetic propofol and failing to monitor him properly or raise the alarm quickly enough.

The physician had been hired by the late singer for his comeback shows in London but had pressured the doctor to find ways to help him sleep during the rehearsal period.

Charlize Theron: I might not be an actress forever 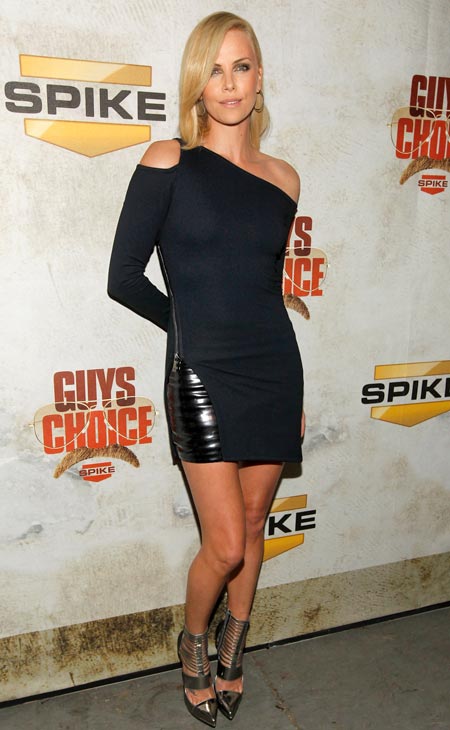 Charlize Theron has admitted that she has no idea how long she will remain an actress.

According to Los Angeles Confidential magazine, the 36-year-old actress revealed that it is the uncertainty of her profession that makes it all the more interesting.

'I don't know if I feel I'm here to stay, but that's a good thing. That keeps you on your toes,' Contactmusic quoted her as saying.

'I think this is an industry where you can't get too comfortable. It's constantly churning with great talent, and you've got to raise the bar and try to push yourself. I don't ever want to kind of feel, 'Yeah, I'm here. I made it.' I think that would probably be the time to retire,' she added. 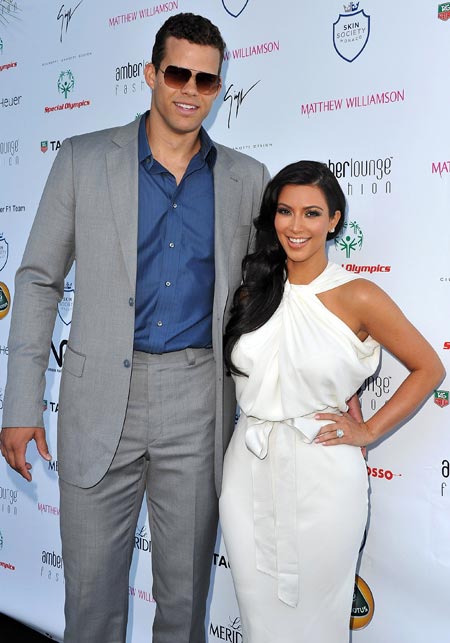 Kris Humphries wants to erase his 72-day marriage to Kim Kardashian from the record.

The 26-year-old NBA star filed to annul his marriage to the reality star on Wednesday, on the grounds of fraud.

According to People Magazine, his Superior Court filing has the box reading 'nullity of voidable marriage' marked and checks as the basis the box saying 'fraud'.

California law grants a nullity if the court finds that no valid marriage ever took place.

Humphries's papers said that if he's not granted an annulment then he wants a legal separation and not a divorce under any circumstance.

The basketball star agrees on the date of separation, however, which he lists as October 31.

Annulments can be difficult to obtain, with a legal expert telling the publication that he will likely have to prove that fraud was actually committed.

According to TMZ.com, the socialite has been telling her friends that she absolutely loved Kris and the marriage just fell apart, so she's unlikely to agree with this assessment.

LA family lawyer Scott Weston, who is not dealing with the celebrity couple, said Kardashian will probably fight the matter, unless she is willing to agree that she defrauded him.

It could mean the pair will end up in a bitter court battle.

'[Kris] is sensitive to marriage both emotionally and religiously,' the Daily Mail quoted a source as telling the publication,

The source also said that the move is 'symbolic' rather than financially motivated.

'He went into it in good faith and never expected things to turn out this way,' the source added. 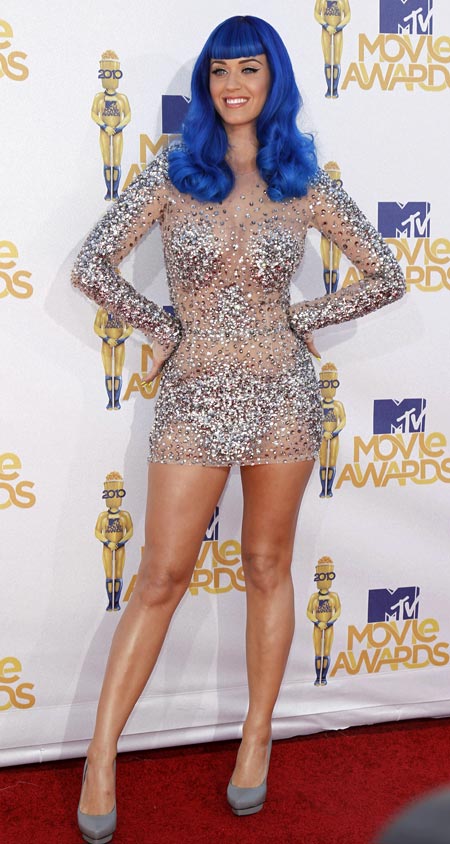 Katy Perry has taken to Twitter to laugh off reports that she has filed for divorce from her husband Russell Brand.

The pop star and the British funnyman have been dogged by speculation their marriage is in trouble ever since they exchanged vows in India last October.

Rumours emerged on Wednesday suggesting Perry had filed divorce papers in Los Angeles, but the singer insists that the story is not true.

Perry even jokingly compares herself to All My Children character Erica Kane, who has been married and divorced several times in the popular US TV show.

'First I''m pregnant and then I''m divorced. What am I All My Children?! Erica Kane... pshhh... If I had a dollar for every time...,' Contactmusic quoted Perry as tweeting.

The singer also used her presenting slot at the Grammy Nominations Concert Live on Wednesday to dispel the rumours, by flashing both of her wedding rings as she took to the stage. 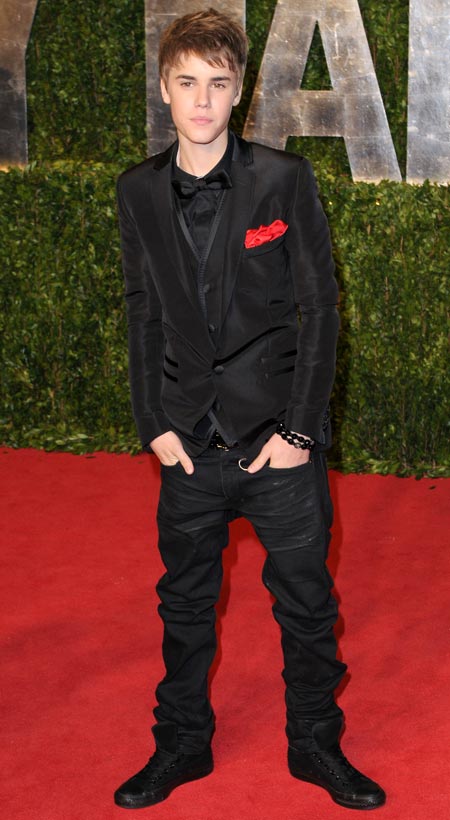 Justin Bieber now has 15 million followers on Twitter, which puts him in second place behind only Lady Gaga.

To prove it, the 17-year-old teen popstar took to his Twitter page to announce the news, just after the counter hit the mark.

'our family is growing. I will always be there for you as long as you are there by me. This family is forever. THANK U. #ILoveBELIEBERS,' he wrote.

Lady Gaga tops the most followed personality on the micro blogging website with just over 16million, the Mirror reported.

Bieber's latest numerical milestone comes just after he was named the most searched for person on Internet search engine Bing, beating Kim Kardashian. 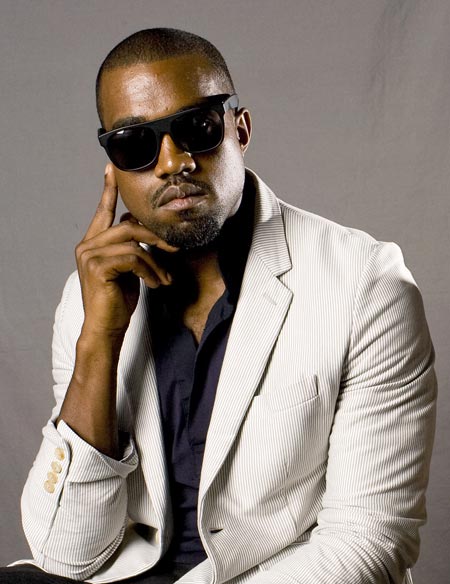 Adele has earned six Grammy Award nominations including the award show's major categories, album of the year, record of the year and song of the year.

However, the Brit with the powerhouse voice was not the top nominee as Kanye West snagged the most recognition with seven nominations, many of which stem from Watch the Throne, his collaborations with Jay-Z, People magazine reported.

This year, like last, the Grammys spread the wealth across genres, with rockers Foo Fighters and R&B crooner Bruno Mars each picking up six nominations.

Rapper Lil Wayne and electronic dance jam pioneer Skrillex, were not far behind as both pulled in five nominations, while indie rocker Bon Iver, Nicki Minaj, Mumford and Sons and Rihanna each earned four nominations.

Bon Iver, a new face at the Grammys, was also nominated for best new artist alongside The Band Perry, J Cole, Minaj and Skrillex.

Many of the major nominations were announced during an hour-long CBS special hosted by LL Cool J from L.A.'s Club Nokia.

Lady Gaga kicked off the night with a haute Halloween-style performance of her new single Marry the Night, whereas Rihanna, Sugarland, fronted by the recently married Jennifer Nettles, Jason Aldean and Ludacris also stepped up to the stage.