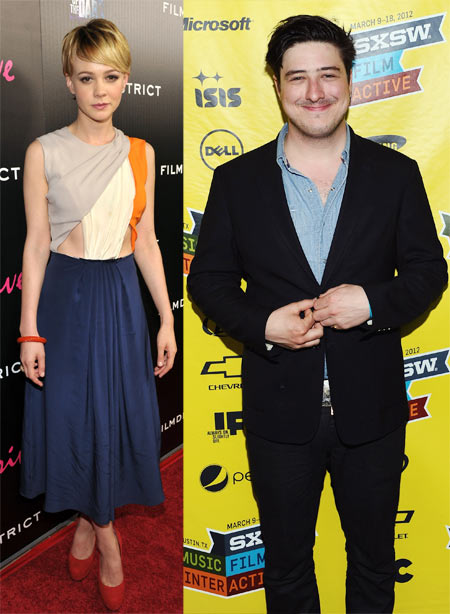 The bride, 26, who bagged an Oscar nomination and a BAFTA for her role in An Education, exchanged vows with the Mumford 'n' Sons frontman in a rustic-themed ceremony in the middle of the Somerset countryside.

Mumford's father John, a vicar, conducted the service inside a barn at Stream Farm in Bridgwater, England.

The newlyweds, who have been engaged for a year, were joined by family and friends at the venue adorned with hay bales, the Daily Mail reported.

Mulligan looked radiant in a full-length ivory plain backless dress with V-straps, believed to be a Versace design.

Earlier, the groom, 25, was seen sporting Ray-Ban sunglasses driving himself to the venue before a helicopter, said to be carrying his father, landed in a close by field.

Nealry 100 guests, including family and celeb pals Sienna Miller, Colin Firth and Jake Gyllenhaal were present for the occasion, Us Weekly reported. 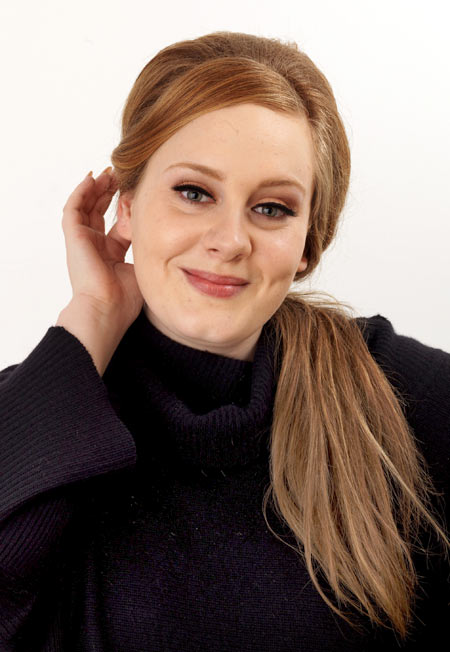 Adele, who picked up thousands of votes in a survey of GaydarRadio listeners in the UK, has taken the gay icon crown from Australian singer Kylie Minogue.

Other winners were rugby star Gareth Thomas, who was voted Celebrity of the Year picking up more than a quarter (27.1 per cent) of the votes, and openly gay Swedish footballer Anton Hysen was named Hero of the Year after getting more than a third of the votes.

'Adele has had a fantastic year with numerous Grammys and Brit Awards, but we know that this is the accolade she has been waiting for,' the Sydney Morning herald quoted Robin Crowley, programme controller at the station, as saying. 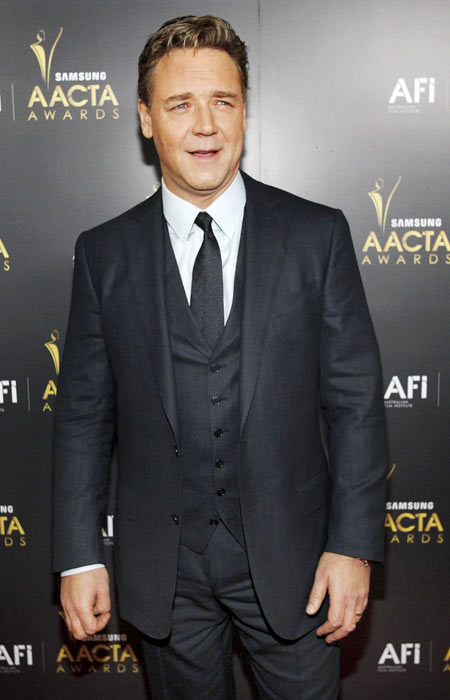 According to The Wrap, Darren Aronofsky, who pledged to "breath new life into the biblical epic, will helm the movie.

'I'd like to thank Paramount and Regency for backing my team's work,' the Herald Sun quoted Aronofsky as saying.

'I rejoice that Russell Crowe will be by my side on this adventure. It's his immense talent that helps me to sleep at night. I look forward to being wowed by him every day,' he said.

The shooting will begin in Iceland and New York in July. 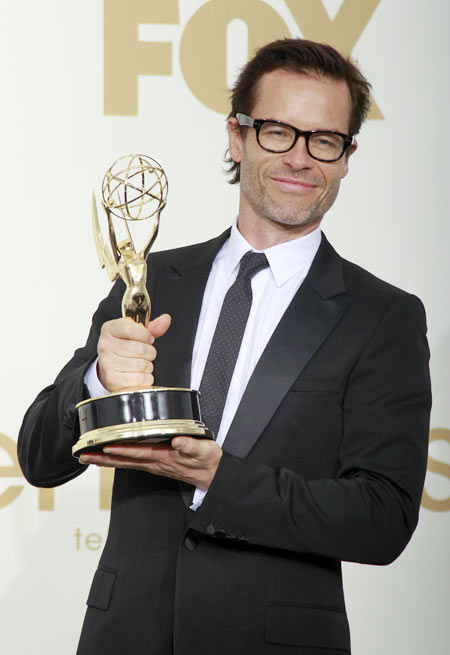 Guy Pearce is in final talks to play the villain, as he portrays the role of geneticist Aldrich Killian, in Iron Man 3.

Pearce, who has been enjoying a career-resurgence since appearing in The King's Speech, will be joining a cast that includes Robert Downey Jr as Tony Stark and Iron Man, Gwyneth Paltrow and Don Cheadle, News.com.au reported.

Ben Kingsley is set to play the villain but his character remains shrouded in mystery.

The movie to be helmed by Shane Black, will borrow elements from Warren Ellis's six-issue Iron Man: Extremis' comic books, that also heavily influenced the first Iron Man pic, and focuses heavily on the spread of a virus through nanotechnology.

However, the virus story mirrors the infection subplot of Iron Man 2, so it's unclear how much of Extremis Iron Man 3 will use.

Although Iron Man is not as well known as Spider-man or Batman, he has proved a popular movie franchise, with the first two Iron Man films making more than a billion dollars at the box office.

The huge interest in The Avengers, which sees Iron Man team up with Thor, the Hulk and Captain America, can be attributed to the popularity of the hero.

Beatles' unseen photographs to go under the hammer 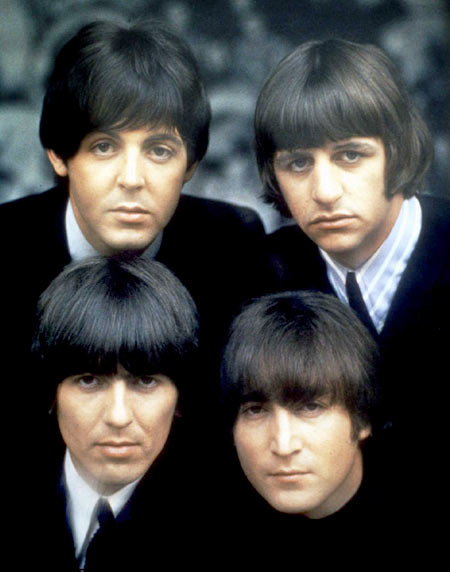 Unseen photographs of the Beatles are to go up for sale after lying in a family album for almost half a century.

The 20 black-and-white images give a rare-behind-the-scenes glimpse of the band as they made their first movie, A Hard Day's Night, in March 1964 at the Scala Theatre in London.

They show the band with their instruments but also between takes in off-guarded moments, with one picture of Ringo Starr resting on bricks to boost his height for the cameras.

Taking pictures on the closed set was banned, but Pinewood Studios props manager Peter Allchorne had no problems because he was not into the Beatles, he was just working on the films. He doesn't have any sentimental attachment. They're just dad's pictures. He didn't like the music, he was into jazz,' she said.

A menu card -- signed by the four Beatles -- from the band's trip aboard the BOAC Cunard, London to New York flight, will also go under the hammer at the sale.

Allchorne's photos of the Beatles on their Bahamas trip have been lost forever because his camera was stolen from the beach.