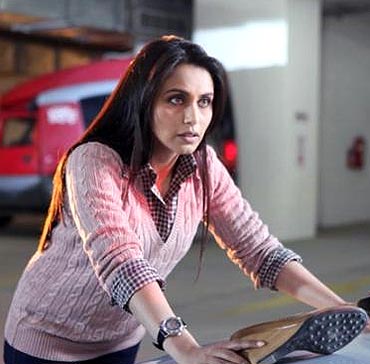 Every year in Bollywood presents itself with a promise ofachievement and thrill. 2011 is no different.

With an exciting line-up of movies ranging from hard-boileddramas to cackling comedies to go, the coming year packs in quite a punch.

Grab a sneak peek at the Hindi movies to watch out for in2011.

After a stirring debut with Aamir, director Rajkumar Gupta returns with yet another hard-hitting subject to offer.

His latest is a fictionalised account involving the real life episode of Jessica Lal murder case with powerhouse stars like Rani Mukerji and Vidya Balan playing the strong and soulful representatives of justice and conscience.

Considered Gupta's earlier-witnessed command at creating intense, uncompromising impressions, No One Killed Jessica, with its fiery women and blazing promo, appears to have all the makings of a winner. 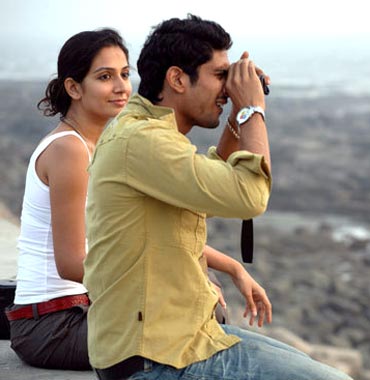 It was a dream-come-true screening for first-time filmmaker Kiran Rao at this year's Toronto Film Festival.

Her film Dhobi Ghat met with huge applause and astanding ovation. Going by the tantalising promos, the reaction seems justified too.

In this slice-of-Mumbai flick, Rao captures the essence of this eclectic city through the medium of its equally diverse protagonists played out by an ensemble cast of Prateik Babbar, Monica Dogra and her significant other as well as the film's producer, Aamir Khan. 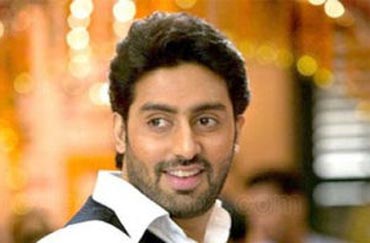 Had enough of Abhishek Bachchan in larger-than-life avatars as Beera,Surjya? The actor obliges us with a sleek comeback in a Jason Bourne-brand of desi thriller directed by Abhinay Deo.

Yup, he's the same guy responsible for Aamir Khan's Delhi Belly but began working on this Farhan Akhtar production following the delay in his directorial debut.

With high-end action, exotic locales and leading ladies Kangna Ranaut in cop mode and model-turned-actress Sarah Jane Dias, the super glossy Game could be that all-important hit Bachchan Jr is waiting for.

If not, there's always Rohan 'Bluffmaster' Sippy's Dum Maaro Dum to fall on. The action-packed thriller set against the backdrop of illegal drugs trade reunites AB with his Zameen co-star Bipasha Basu. Snazzy! 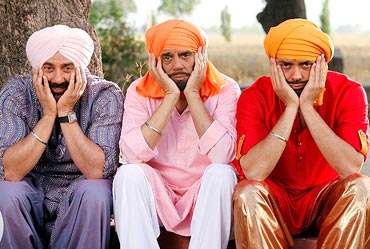 The Deols Dharmendra, Sunny Deol and Bobby Deol are back with a bang in Sameer Karnik's Yamla Pagla Deewana.

Only this time the tone is mostlylight-hearted, cheeky fun as opposed to kerchief caper milieu of their first-ever outing together, Apne.

More than anything, it's the idea of watching the eldest Jat's antics on screen that's got us most excited. Hail Veeru! 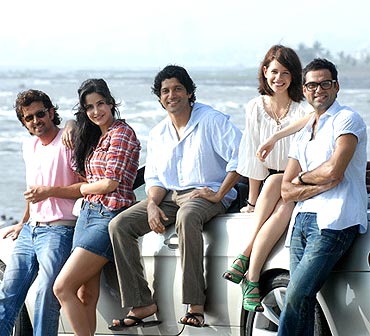 With Luck By Chance, Zoya Akhtar substantiated her talented lineage. And now with Zindagi Na Milegi Dobara, she's all set to prove she's no flash in the pan.

A hip multi-starrer with the likes of Hrithik Roshan, Katrina Kaif, Farhan Akhtar, Abhay Deol and Kalki Koechlin on board, ZNMD, filmed extensively in Spain, deals with friendship and self-exploration on the go.

Going by the Akhtars success ratio at buddy bonding movies Dil Chahta Hai and Rock On!!, Zindagi is likely to complete the hat trick. 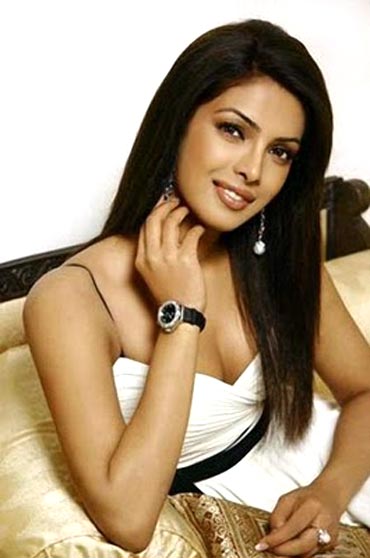 The filmmaker who never gets it wrong!

Vishal Bhardwaj's upcoming treat, Saat Khoon Maaf, courtesy its sinister title and mysterious premise has been on everyone's can-hardly-wait-to-watch list from the moment it was announced. 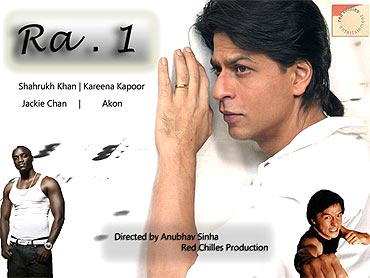 Just when one got fed up of seeing Shah Rukh Khan in soppy, syrupy roles, the man's changing it up. And how!

After a longish break, we'll finally get agood glimpse of the superstar in superhero mode, no less.

The self-produced Ra.One is expected to be a state-of-art SFX bonanza led by Khan battling out the baddies of the world with Kareena Kapoor in tow.

Let'shope all those numerous bucks he has invested in making Ra.One a lavish deal wil lfetch rich dividends too.

After all, with great power comes greaterresponsibility.

Plus, there's Don 2,a pumped-up sequel to follow the remake of Amitabh Bachchan's 1978 classic. Clearly, fans of King Khan are eagerly awaiting this action-packed double bill. He's made some of the most significant contemporary love stories ever. The director of Socha NaTha, Jab We Met and Love Aaj Kal, Imtiaz Ali gets out of his comfort zone totry something new with Rockstar.

Although films about pop/rock artists tend to struggle at the box office, it will be interesting to see Ali's vision of Ranbir Kapoor going through the highs and lows of a celebrity musician.

A keen filmmaker coupled with an insightful actor and magician of a composer A R Rahman, Rockstar sure sounds like a keeper. Let's hope it's just that. 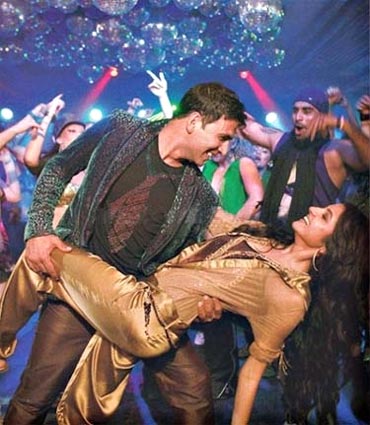 The man loves to shoot in London.

After Namastey London, Bhagam Bhag and Housefull, Akshay Kumar flies back to England's capital as a resident obsessed with playing cricket for his adopted country's team. How his decisions lead to conflict with his traditionally-bound father forms the crux of Nikhil Advani's current offering.

Advani and Akshay's last collaboration, Chandni Chowk to China was a critically-panned disaster but that's hardly daunted Patiala House from earning the reputation of a potential biggie.

With actors like Rishi Kapoor, Dimple Kapadia and Anushka Sharma on the menu, Patiala House appears to be 'Chak de' all the way. 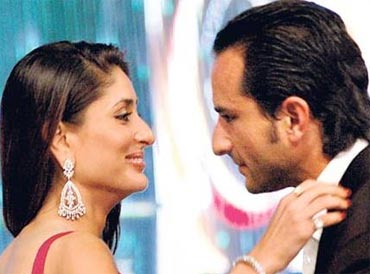 Having played a lover-boy in innumerable rom-coms, Saif Ali Khan is now setting his sights on portraying a debonair world spy under the realistic treatment of his Ek Hasina Thi director Sriram Raghavan.

Apart from lending him a platform to display his underrated versatility, Agent Vinod also teams him up with real-life lady love Kareena Kapoor.

The latter plays an ultra-glamorous negative character. The real USP of this espionage flick, however, is Raghavan's taut and gritty filmmaking style. 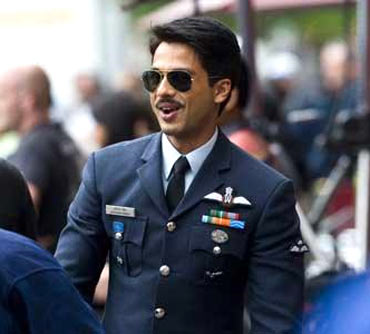 If Pankaj Kapoor's sensibilities as a filmmaker are anything like the one he possesses as an artist; Mausam is going to be truly special.

Opting for a delicate romantic subject, Kapoor's directorial debut features son Shahid opposite Sonam Kapoor. Quite a ravishing and refreshing pairing, this.

Buzz is that the Jab We Met star, sporting a moustache in the film, plays a Top Gun-inspired pilot whereas Sonam maintains a classic, mature look. 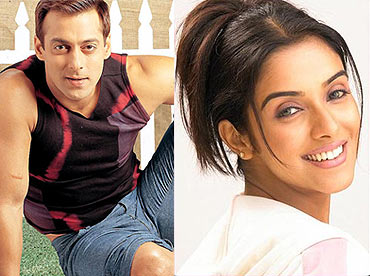 2010 belonged to Chulbul Pandey. And now he's Ready for 2011. A remake ofthe Telugu hit of the same name, this one's directed by Anees Bazmee.

And while the contents of Bazmee'slast offering No Problem are mostly cringe-worthy, let's hope the Robin Hood of Bollywood will do the trick with his quirky style and unquestioned charisma. 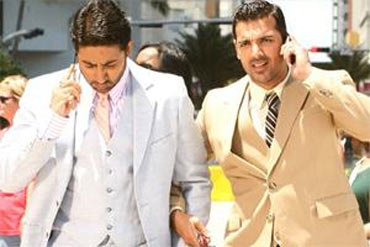 Bollywood straight-most gay men are back!

Producer Karan Johar's sequel to the mostly droll Dostana takes yet another frolic-filled look in Abhishek and John's queer lives.

What's new? Miami is replaced by London and Priyanka Chopra makes way for Katrina Kaif. Clearly, there's no beach or bikini in sight. Dream sequences in nearby Brighton perhaps?