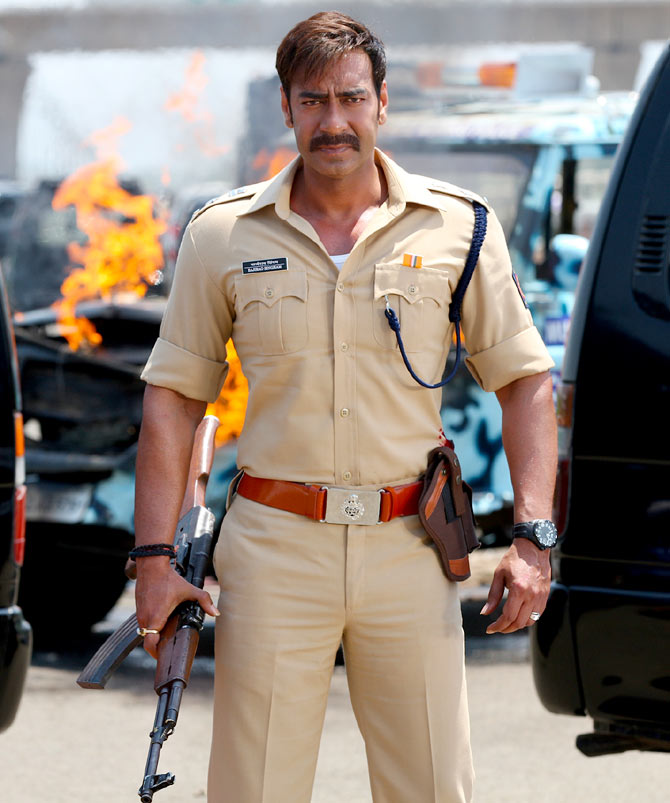 We have seen some really good cop movies in Hindi cinema.

We have seen them in different flavours, and seen some sexy ones too.

This week, we'll get to see Ajay Devgn bring back his hugely popular cop character Singham, in Singham Returns.

Will it join this list of the most successful cop movies? We'll know on August 15, when it releases.

Singham has become a brand today, and has reached cult status.

Most of that is thanks to a powerful script, fiery dialogues, Ajay Devgn's Angry Man, and of course, flying cars.

A large part is also thanks to its director Rohit Shetty. As Chulbul Pandey, Salman Khan re-wrote history with his macho act in Dabangg.

Due credit to debutant director Abhinav Kashyap for the film's concept and vision.

Producer Arbaaz Khan then went and made it a hit franchise. 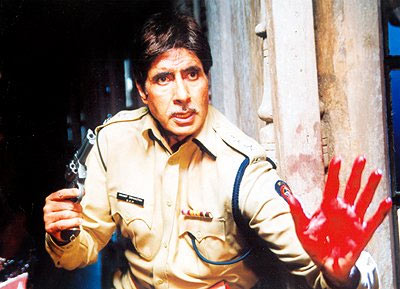 In Rajkumar Santoshi's Khakee, Amitabh played an older cop, who had to carry out an important mission along with Akshay Kumar and Tusshar Kapoor. 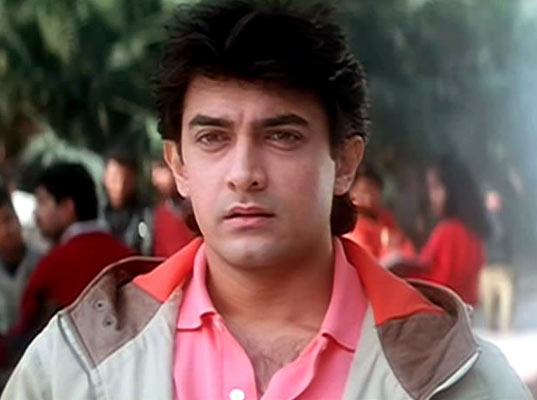 Aamir Khan played the tough cop in Sarfarosh, who indulged in a bit of romance and music now and then.

We've seen Aamir in a slew of brilliant films, and Sarfarosh finds pride of place there. 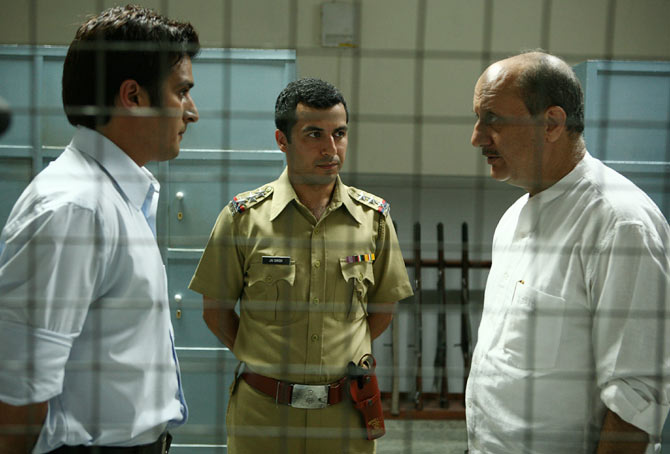 Solid word of mouth made sure people watched Neeraj Pandey's A Wednesday, and appreciated the well-made film.

It was a thrilling tale about a cop (Anupam Kher) chasing a nameless/faceless man (Naseeruddin Shah), who claimed that he had planted bombs in Mumbai. 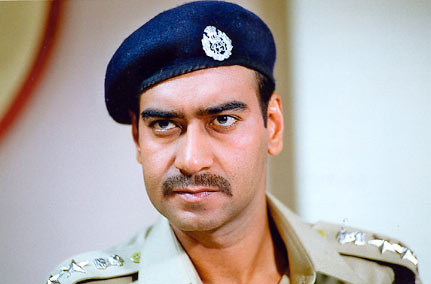 Ajay Devgn has played a cop quite a few times. Besides Singham, the other film where he really excelled was Gangaajal.

A hard-hitting affair, based on true incidents, Gangaajal is also one of director Prakash Jha's best films.

Unfortunately, it did just average business at the box office. 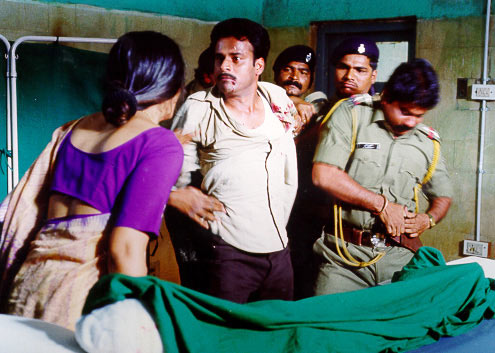 Manoj Bajpayee's Shool (1999) came as quite a pleasant surprise.

The face off between Bajpayee and the villain Sayaji Shinde was as interesting as Shilpa Shetty's UP Bihar item number.

Easily one of the most authentic yet entertaining cop tales in Hindi cinema. 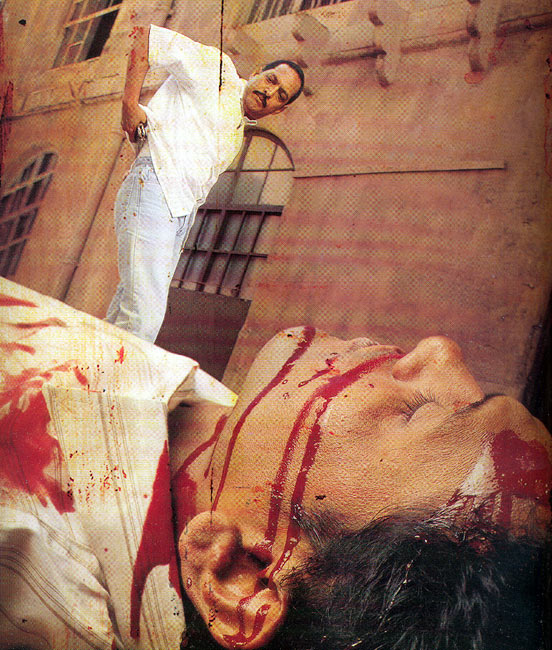 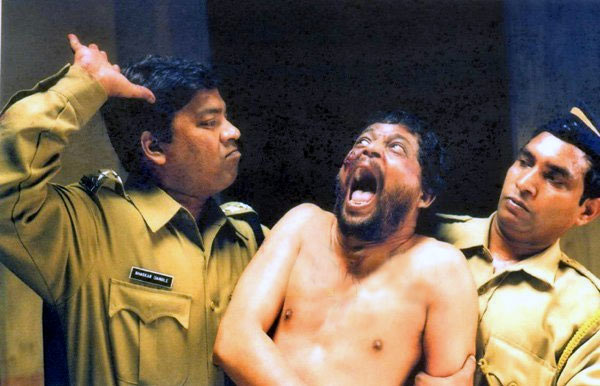 Anurag Kashyap's Black Friday was chilling, as it documented the 1993 serial bomb blasts in Mumbai.

Kay Kay Menon's cop character was inspired from Rakesh Maria, who had cracked the case then. 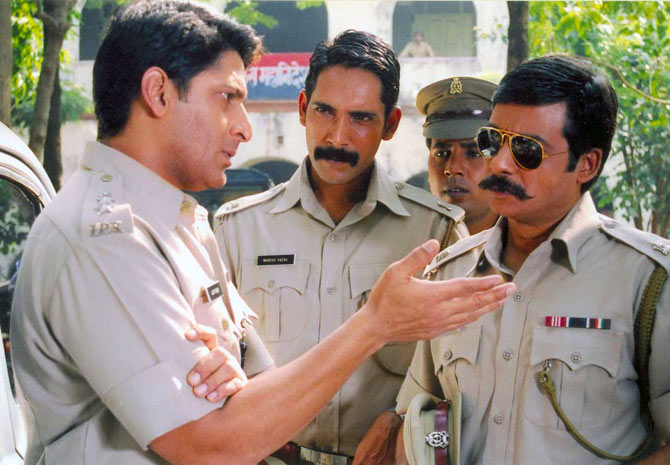 One of the best movies about men in uniform, Arshad Warsi-starrer Sehar was also one of the biggest flops in this genre.

Warsi came up with a supremely good cop act in this film with a terrific story.