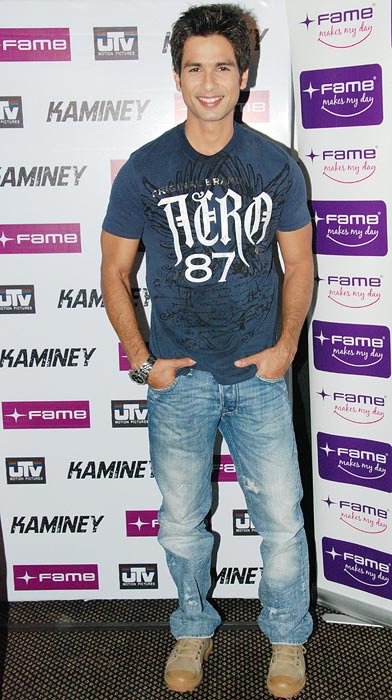 Bollywood stars took to Twitter to pay their tributes to the victims of the 2008 terror attacks on Mumbai.

Aashish Chowdhry: 'The same morning, 4yrs back, wuz the last time I have woken up for me,myself.. Today i wake up for reasons way beyond.. Today,more than saints,I look up to the soldiers of the army n police who fight, even fall at times for no personal quest.That is godliness.'

Tara Sharma: 'On this 4th Anniversary of Bombay's devastating terror attacks, prayers 4 those who lost their lives & their loved ones. U r wth us always.'

Kunal Kohli: '26/11mustve been a mrning like this,but ended up scarring us forever.Why cant the Pak govt hand over the planners,they know who/where they r.'

Farhan Akhtar: 'In remembrance of all those who lost their lives and all those who sacrificed theirs. 26/11. We shall never forget.'

Sarah Jane Dias: 'My heart goes out to Bombay. To those that lost their lives on 26/11/08. To the victims, soldiers and cops. To a city that lost it's sense of invulnerability again.'

Tusshar Kapoor: 'No prayer is enough to express the emotion we have for our soldiers & civilians who fought the 26/11 crisis, a tragic eye opener for Mumbai!'

Shankar Mahadevan: 'Remembering those innocent people who lost their lives and their families whose lives changed forever!! Pray for PEACE.' 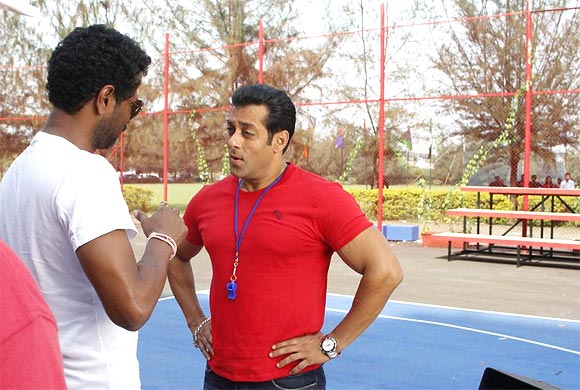 Choreographer-turned-director Prabhu Deva, who made his Bollywood directorial debut in 2009 with the Salman Khan film Wanted, recently shot an ad with the superstar.

'Got to work with @beingsalmankhan again this time for an AD.. Super Fun!! It will be on air soon..Watch out for it,' he tweeted with the picture (above).

Farhan Akhtar finished shooting for Bhaag Milkha Bhaag. 'As the shoot on BMB crosses the finish line, enveloped by a sense of loss. The unit, our temporary commune, broken up. best wishes to all,' he tweeted. 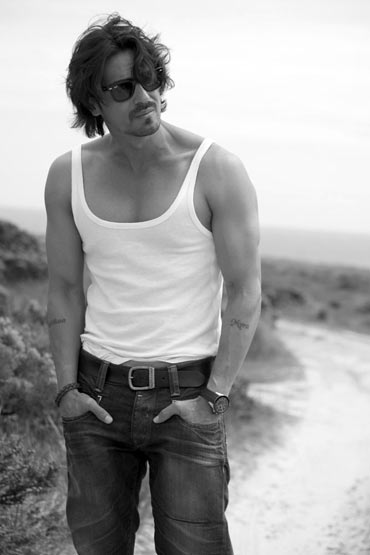 Arjun Rampal turns 40 today and his friends wished him on Twitter.

Nikhil Advani: 'Happy Birthday Bro! Wish I could've have made your "last one in the thirties" more memorable. Will make it up with the film!'

Abhishek Kapoor: 'A very happy birthday arjuna @rampalarjun. Wish v were together to bring it in..god bles u wit all the joy & success u deserve. Love u bro.'

As for Arjun, he is in Gujurat shooting for his next film D-Day. 'Driving back into the Rann, reading all your wishes, thank you so much, wow 4 decades have gone by and I just feel gratitude. Still smiling,' he thanked everyone.

'Life Of Pi is the mother of all movies' 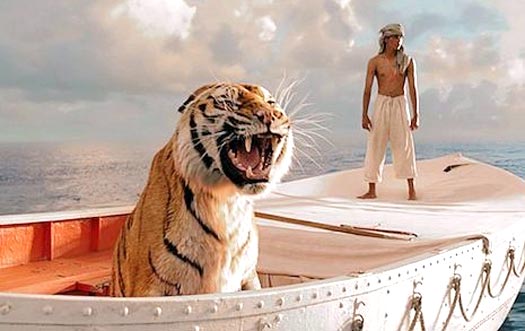 Image: A scene from Life Of Pi

Ang Lee's latest film Life Of Pi  is not only garnering some rave reviews but it has also managed to impress several Bollywood stars. Here's a look:

Mahesh Bhatt: 'Life Of Pi is outstanding! Awestruck by its simplicity. It is undoubtedly the mother of all movies!'

Sridevi Boney Kapoor: 'Life of Pi is not only a visual delight, but also a gripping story, outstanding movie, must watch.'

Karan Johar: '#lifeofpi....a must watch!! Its message will have multiple interpretations and will be open to post viewing analysis...thats the fun of it!'

Jiah Khan: 'Life of Pi! Extraordinary visuals! Enchanting and magical!!! Enjoyed every second..90mil spent was worth it!'

Rajat Kapoor: 'watched 'life of pi' last night. very nice- i wished it finished when he reaches the island though. last 15 mts-not so nice.. rest of it-wow.'

Lisa Ray: '#LifeofPi gets my nod 4 film of the year. Bittersweet flashbacks of an unusual journey of transformation. Made me want 2 hug a large feline.' 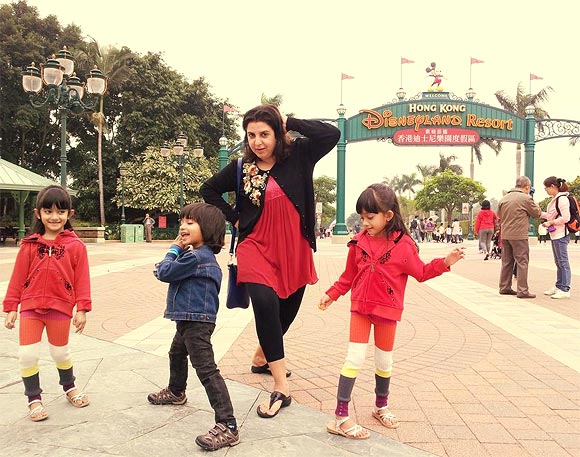 Farah Khan is in Hong Kong holidaying with her family.

Shirish Kunder ‏shared a picture of her with their children and tweeted: 'Farah and the Babies at Hong Kong DisneyLand!'

He shared another picture of them and added: 'Farah and the babies in HongKong!'