'The golden voice of Shamshad Begum is now silent' 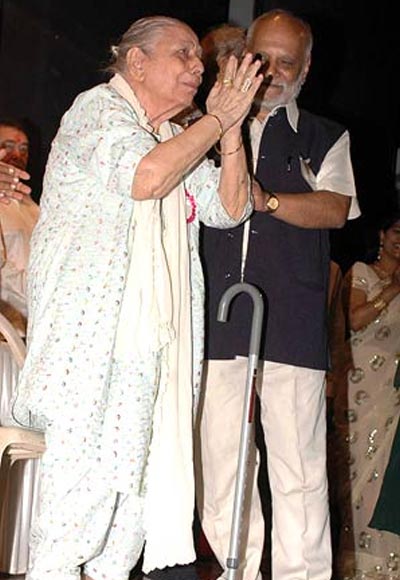 Amitabh Bachchan wrote: 'The golden voice of Shamshad Begum, play back singer of great eminence in some of the most historic film songs .. now silent .. RIP.'

Madhur Bhandarkar tweeted: 'Shamshad Begum can truly be call the Indian nightingale. She'll be immortal because of her songs. RIP.' 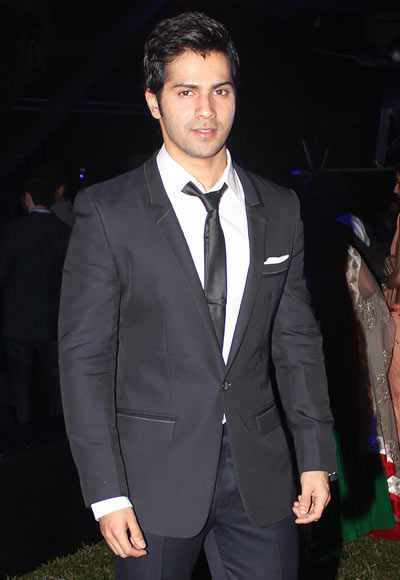 Varun Dhawan, who debuted with Student Of The Year last year, turned 26 today. Bollywood stars turned to Twitter and showered birthday wishes on him:

Riteish Deshmukh: 'happy birthday mr student- have a great one n a super year ahead.'

As for Varun, he tweeted his thanks as saying, 'Thank you so much for the wishes and the love all the videos you people have made and the gifts sent has made this birthday very special. Sorry in a place with less network but seeing all the love and effort you guys have put in makes me want to work harder so I can entertain u.'

Varun will be next seen playin the role of a musician in a film titled Main Tera Hero. The film is a remake of a Telugu blockbuster film Kandireega and he will be directed by his father David Dhawan. 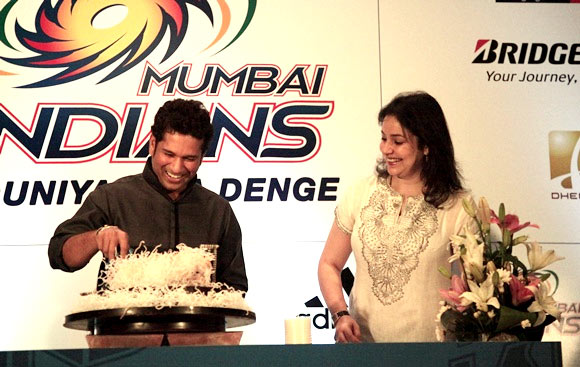 Arjun Rampal: 'Wishing the God of cricket Sachin a very very happy 40th. Welcome to the 40s our hero.'

Rahul Bose: 'happy birthday @sachin_rt thank you for your genius, your grace and your incredible joy for the glorious game.'

Varun Dhawan: 'I feel dam lucky to be sharing the same birthdate as the god of cricket. Happy birthday sachin tendulkar.'

Kunal Kohli: 'Today is SachinJayanti.If he plays a few more years he can play alongside his son & be the first father-son duo to play at the same time.'

Anubhav Sinha: 'Besides victories & centuries Mr @sachin_rt, thanks for setting the achievement and Conduct bar so high for generations to come. Happy Birthday @sachin_rt . May you Live and Play FOREVER!!!'

Poonam Pandey: 'Happy birthday to Sachin Ramesh Tendulkar! #SachinBabaChaalisMore Not out at 40.'

Vidya Balan on the Cannes jury 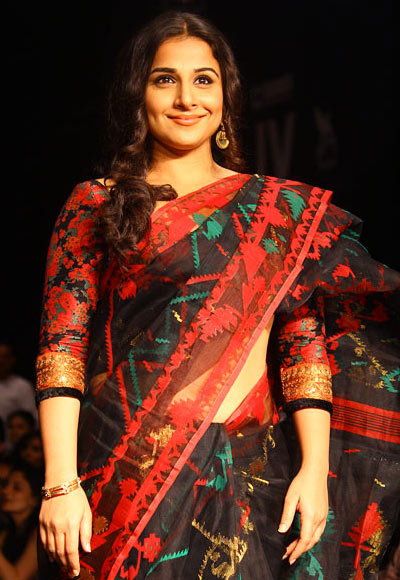 Vidya Balan will serve as a jury member alongwith Nicole Kidman, Ang Lee, Christoph Waltz and jury president Steven Spielberg for the Cannes Film Festival in May. Her colleagues welcomed the news and tweeted their cheers:

The festival will screen the Amitabh Bachchan-starrer The Great Gatsby. 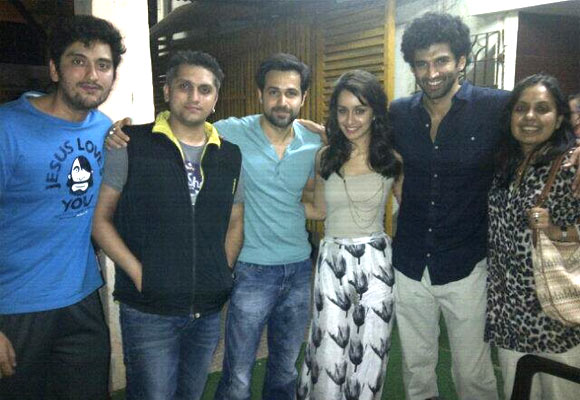 Producer Mahesh Bhatt shared a picture of them together and tweeted: '#Aashiqi2: After the screening the winning team of this heart warming love story proudly pose for a picture.'

Prateik Babbar on the sets of Rum Pum Posshh 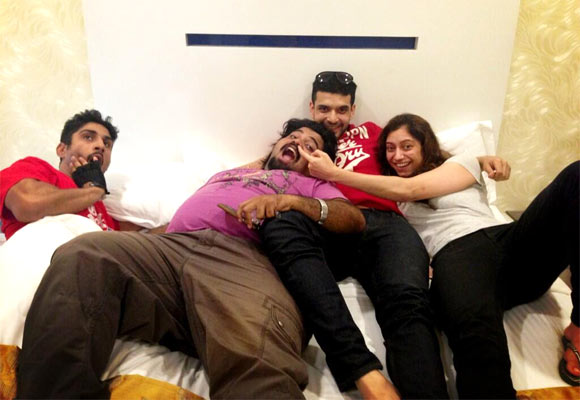 Image: Prateik Babbar and Karan Kundra with their co-stars of Rum Pum Posshh

Prateik Babbar, who has stepped off the limelight, is apparently busy shooting for his upcoming Rum Pum Posshh.

Television actor Karan Kundra shared a picture of him with his co-stars and tweeted: 'On the sets of #RumPumPoshsh'