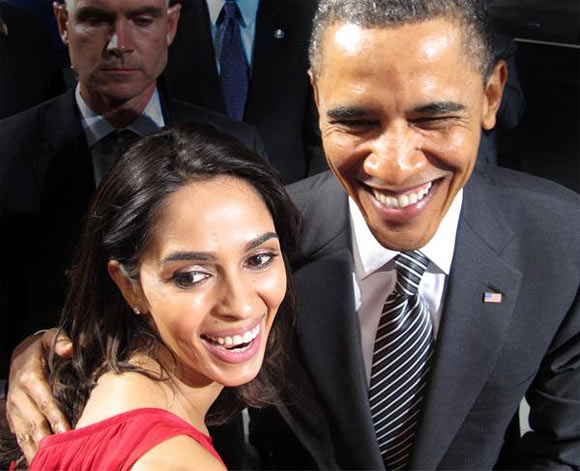 The actress tweeted a picture of herself with Obama as well (above).

Shekhar Kapur: 'USA n Europe must learn to share d this planet equally with the rest of d world. Thats d reality of Obama's next 4 years. But four more years where d US will have 2 come to terms that you cannot live on China funding ur debt forever #AsiaRises.'

Pritish Nandy: 'So America stayed with the status quo... always a more comfortable choice. But Obama has to reidentify his priorities, anticipate a new world order, and come to terms with changing equations.'

Madhur Bhandarkar: 'He's back! @BarackObama is the 44th US President. The Democrats have done it again! Here's to 4 more yrs of some Obama charm!'

Fardeen Khan: 'Obama is a true leader of our times. The world needs more like you Mr. President. Congratulations.'

Kunal Kohli: 'Obama's back ! Lets hope his 2nd term sees an upswing of the economy!'

Shahana Goswami: 'And he's done it again! So relieved and happy to see some ray of hope in world politics.'

Shruti Seth: 'Thank God Obama is back for another 4 years. God bless America for making the right choice. I wonder if we'll ever celebrate elections in our country. Feel so detached from our so called leaders. I hope that will change, someday.' 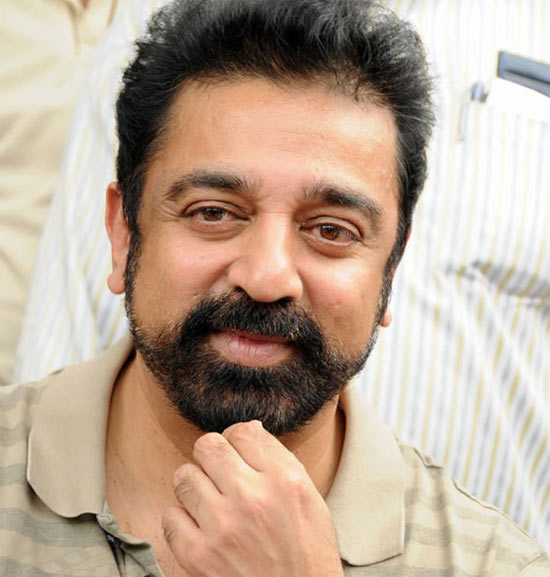 On his birthday, the actor will launch a trailer of his upcoming film Vishwaroopam.

Prabhudeva tweeted in his wishes: 'Today is kamal haasan day,The The The legend's bday!V always look upto u sir, not only a great actor but also a great person..Happy bday sir.'

R Madhavan tweeted: 'Happy birthday to my Demi God Kamal sir. May he live long and healthy for all our sake.'

Kamal's daughter Shruti Haasan thanked his fans on his behalf and tweeted: 'Happy birthday Bapuji :) will pass on all the twitter wishes :):) Thankyou for all the love.' 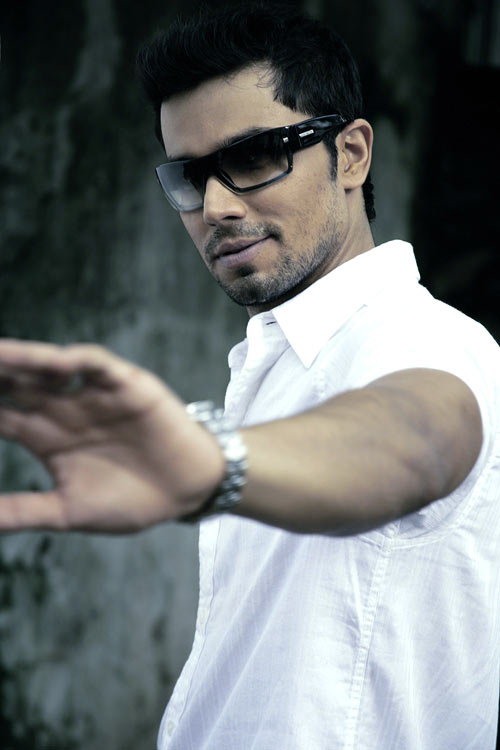 Mumbai's religious shrine Haji Ali dargah may not welcome women any more, after its trust barred women from entering the sanctum sanctorum housing the tomb of the 15th century Sufi saint.

Randeep Hooda: 'Haji Ali ban on women is ridiculous and goes against the rather loving and accepting teachings of Sufism. Who holds the authority to do so??'

Payal Rohatgi: 'Happy that people of religious affiliation condemning the #HajiAli ban. Gender discrimination shud bother all of us.'

Neetu Chandra: 'Very upset with so many crimes - increasing in mumbai- against girls-Mumbai was the safest city of India for girls.' 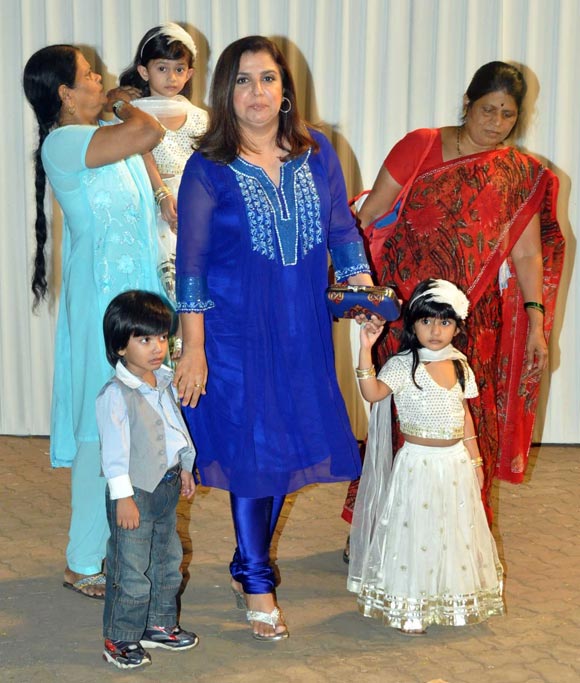 Being a working mom can be difficult, both emotionally and physically. Ask Farah Khan.

She praised all the working moms and added: 'Hats off 2 all working mothers!! Coz fathers r without a" Guilt gene"..n ours is implanted as soon as the baby is born!' 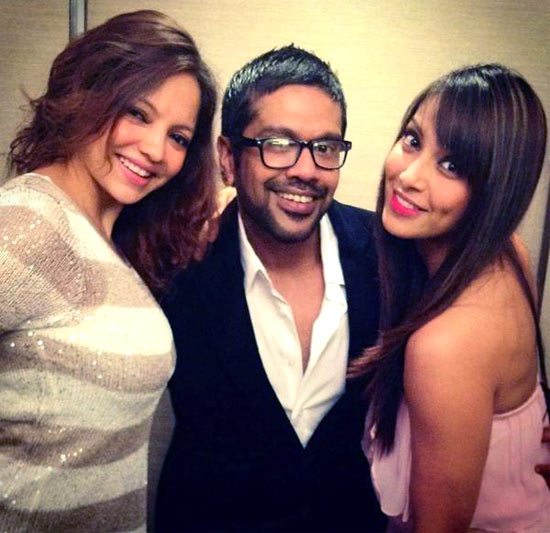 'The trio is back! Party night! @deannepanday @RockyS_STAR ! Love ma friends! ' she tweeted with the picture (above).

Sonal Chauhan, on the other hand, is keeping unwell. 'Got sooooo many flowers today. They don't even fit into the frame. I'm feelin better now. Been unwell since yesterday. But feelin better now :-) thanks to so much love,' she tweeted with a picture. 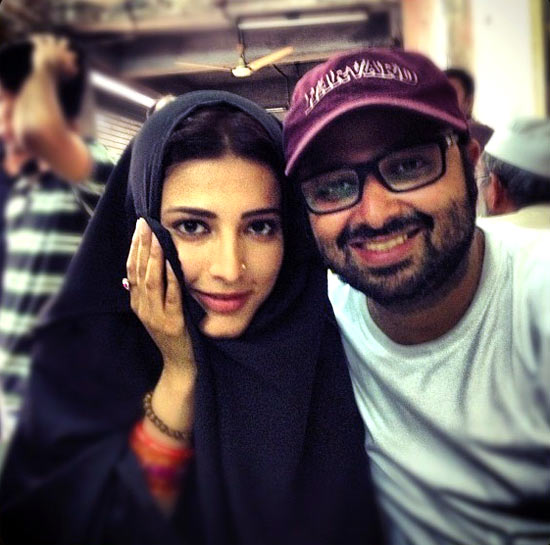 Arjun Rampal, who is busy shooting for the spy thriller D-Day in Ahemdabad, shared a picture of actress Shruti Haasan with director Nikhil Advani from the sets.

'The mad @nickadvani and the gorgeous @shrutihaasan on sets D Day,' he tweeted with the picture (above).

He shared another picture and added: 'She, him and I.'

The film's set in Karachi and is said to be inspired by real incidents. 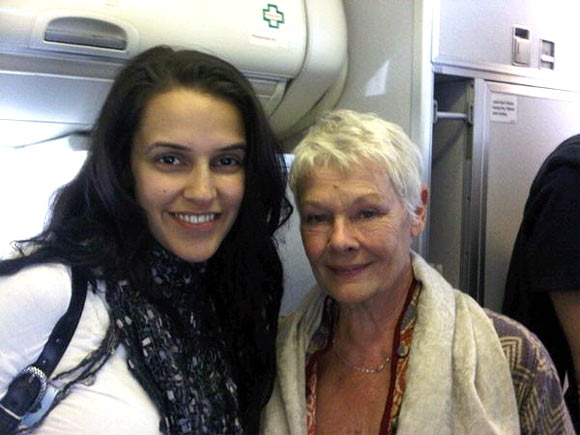 Neha Dhupia recently bumped into Hollywood actress Judi Dench during a trip abroad. 'Jus had share this, me with Judi Dench ... #skyfall !' Neha tweeted with a picture (above).