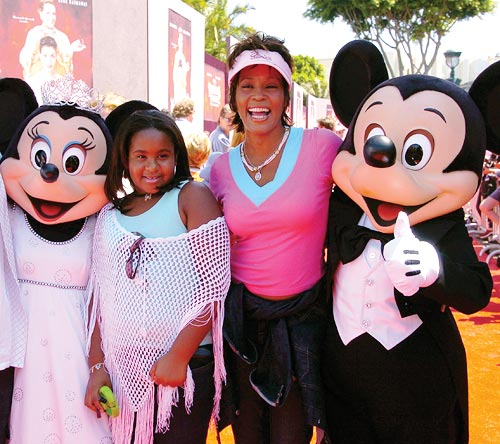 Get your lowdown on what's going on in the world of Hollywood right here!

Whitney Houston's daughter Bobbi Kristina has apparently told friends that she wants to essay the role of her mother if a biopic about the legendary singer is made.

According to sources, Kristina feels that she is the perfect person to play the part of Whitney, as she thinks that no one else knew her better, TMZ reported.

Sources say that Kristina feels that if Easy E's son can play him in a movie, she can do it too.

Rihanna has already voiced her desire to play Houston in a bio-pic. 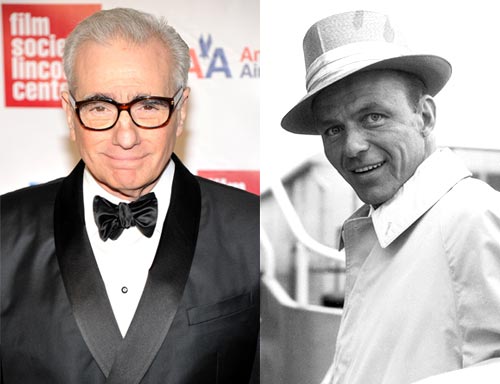 Director Martin Scorsese is planning to make a biopic about American singer and actor Frank Sinatra.

The Goodfellas filmmaker has revealed that he has already met with writers to develop the project.

Scorsese is hoping to bring the Rat Pack star's life story to the big screen but he says he's struggling to come up with a focused script, although he hasn't ruled out developing a Sinatra TV miniserie, the Daily Express reported.

'I'm talking to one or two writers now. The problem is the biography. Where do you start? ...I met this writer who I think could do a lot with it, but (we) have to get a hold of the story,' he told ETOnline.com.

'It's too unwieldy. I'd love to tell the whole story, but the idea of art is to figure out where to start because we can't tell his whole life story. If we told the whole story of Sinatra, it would be 15 hours.

'I love the idea of a miniseries -- particularly working with HBO (TV network) because, as long as you stay reasonably on budget, you have freedom, which is very difficult to find in the cinematic marketplace,' he added.

And while his longtime pal Leonardo DiCaprio, who Scorsese directed in both The Departed and Shutter Island, has expressed an interest in taking on the lead role, the Oscar-winning director is keeping his options open.

'Leo's always talked about doing it, but what if the story takes you in a completely different way? We could go for an unknown. Maybe the person who plays him isn't important. Maybe it's distracting to have a star in that role,' he said.

But it is clear that Scorsese's choice for Sinatra won't be singing in the project as he said,  'You can't have someone else sing! It's got to be Sinatra's voice. It's tricky.' 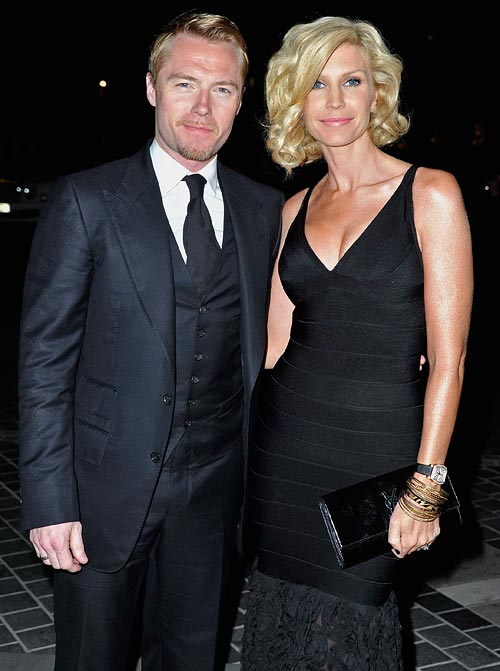 Ronan Keating and his estranged wife Yvonne, who are ending their 14-year marriage, have decided to divide their 24-million-pound fortune instead of going through a court battle.

According to a source close to the couple, the last thing the two want is a messy court battle because in spite of their split, they still love each other.

'There will be no court battle over who owns what or who is entitled to what. That is the furthest thing from their mind. They still love each other very much,' the Mirror quoted the friend as saying.

'The family is not broken up. Their aim when they told their kids about the break-up is that family life doesn't change for them.

'They don't want to be one of these families who when the parents break up the kids never see mum and dad together again. That's how they want it. To remain a family unit,' the friend added.

The former golden couple of showbiz confirmed last week that they split last year and are going their separate ways after 14 years of marriage.

The pair's relationship was rocked in 2010 when the Boyzone singer's affair with backing dancer Francine Cornell was discovered.

Friends of the couple have also said that there is no chance the singer will be rekindling his romance with Cornell.

Ronan, 35, is still living in the family's plush Malahide home but he is due to move out "quietly" in the next few weeks.