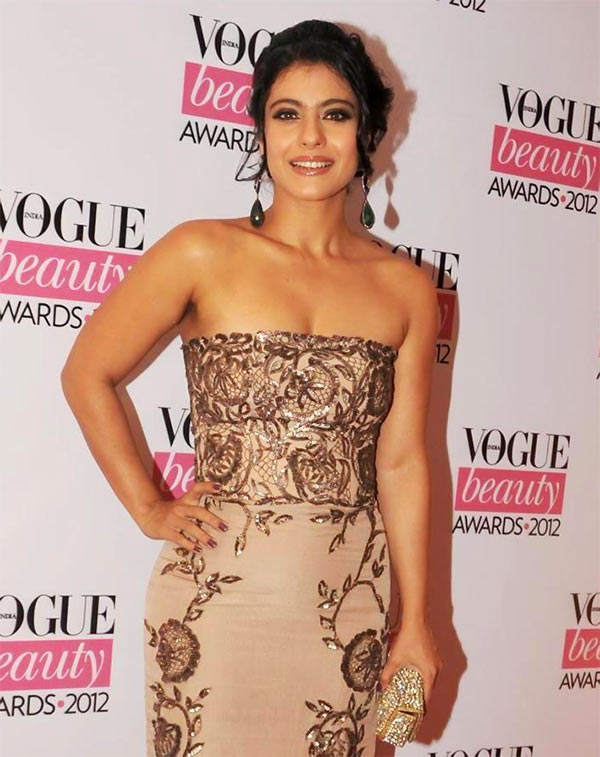 Never the one to care about clothes or cosmetics, Kajol floored the audience on sheer charisma and calibre alone.

Her loathing for threading eye brows, following fad diets or spending hours in the gym is well known. Instead, one of the most admired (and aloof) actresses of her generation, Tanuja’s light-eyed scion preferred to immerse herself in heaps of romance novels.

A luxury Kajol could easily afford courtesy a rock-solid career based on box-office hits and critically acclaimed performances. Even marrying action hero Ajay Devgn, while she was at the top of her game, didn’t put a dent on her popularity.

Over the years, the doting mother of two, daughter Nysa and son Yug, finally realised the importance of fashion and fitness. Now slimmer and sleeker than ever, Kajol is all set to star work on her new film, an official adaptation of Dutch TV series Penoza.

On her 40th birthday, we marvel at her incredible makeover from a raw newcomer to a radiant superstar.

A teenager Kajol made her big screen debut in Rahul Rawail’s Bekhudi opposite Kamal Sadanah.

And while her natural beauty and screen presence sparkles even in a dud of movie, the star kid’s wardrobe oscillates between dowdy and lacklustre. 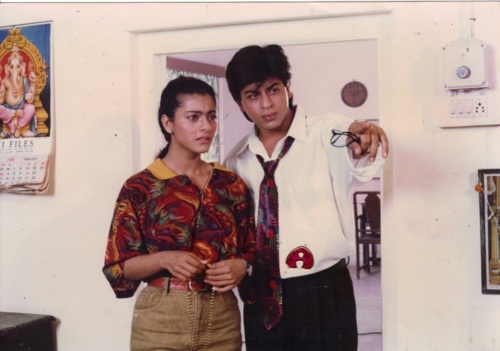 No leading lady would want to be caught dead wearing those hideous clothes.

Clearly Kajol isn’t one of them. She wore quite a few of these oversized collared tees in her earlier movies.

If Sabrina is one of Audrey Hepburn’s most stylish onscreen avatars, its rip-off starring a voluptuous Kajol boasts of her in several costume-y numbers.

What no one will contest is just how hot she looks in the movie. 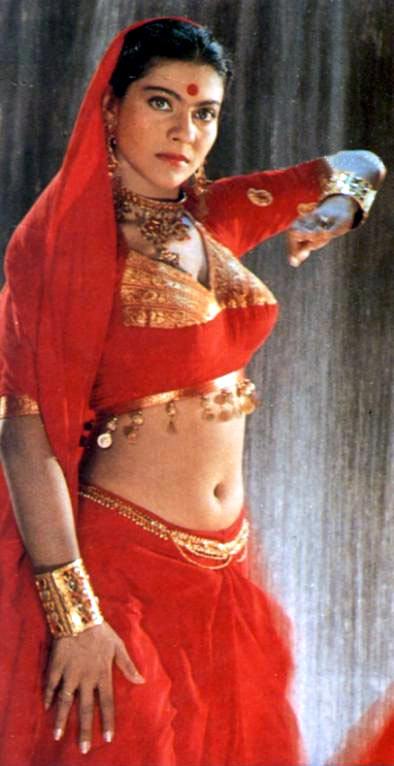 Take you pick between Kajol’s ill-fitting red blouse and sari in the Jai Maa Kali song and the inspired by the colour scheme of a tropical bird’s feathers in Jaati Hoon Main.

What’s truly incredible is how she still pulls it off with elan. 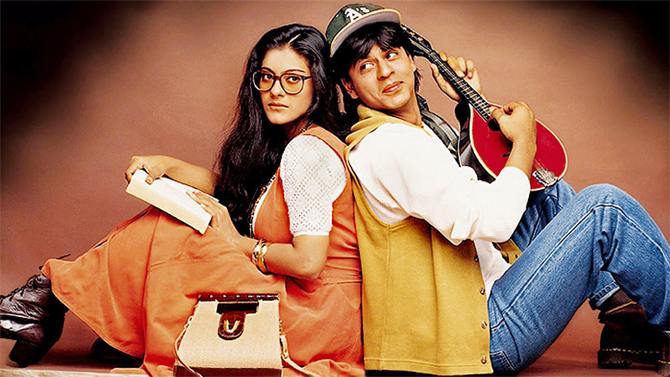 Geeky, sexy, chic and desi girl – Kajol’s Simran is a little bit of everything and that’s what makes her such a delectable dulhania in Aditya Chopra’s directorial debut.

Kajol has never looked this well styled. And the film makes all kinds of history. 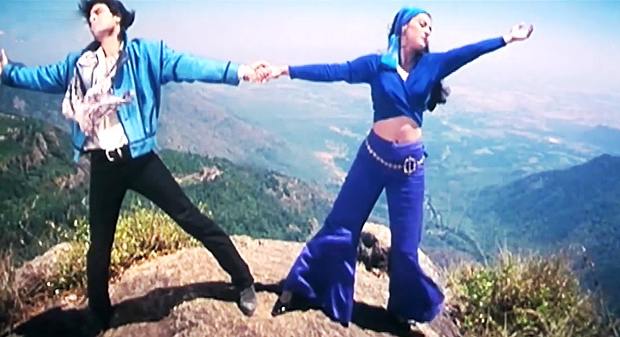 Kajol attempts retro with flared pants, bell sleeves and over sized headbands in bright colours and bold patterns to quite an eye-catching effect in Hameshaa. 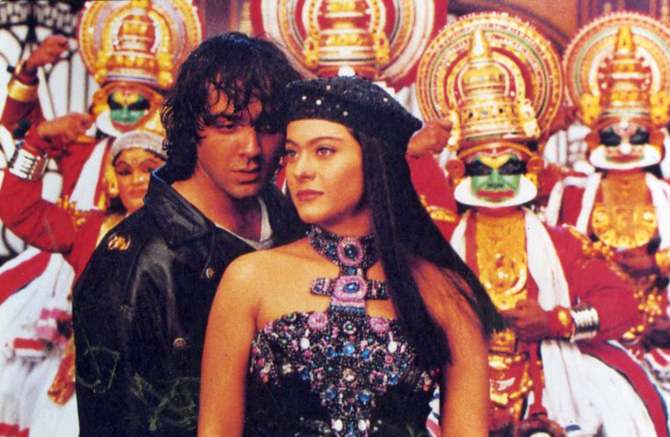 Kajol’s love for sequinned outfits and badly tailored outfits resurfaces in Gupt where she essayed the first negative role of her career to memorable results. 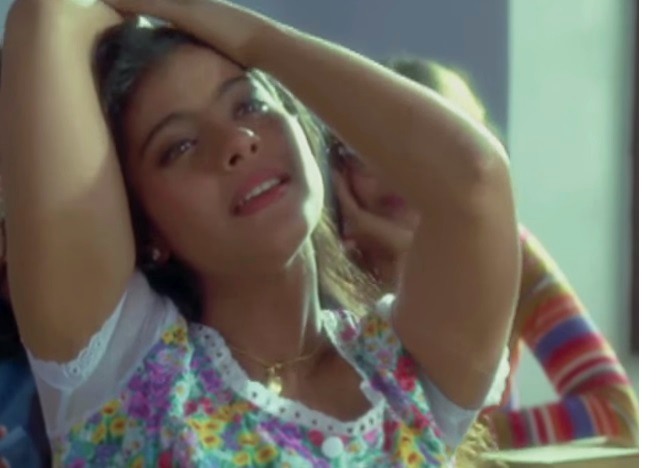 In her more than two decades old career, Kajol has looked like a million bucks in the silliest of clothes. But in Sapnay, she’s simply top-notch.

Cinematographers Venu and Ravi K Chandran shoot her flawless face like a luminous dream while Manish Malhotra’s trendy costumes add to the vivacity. 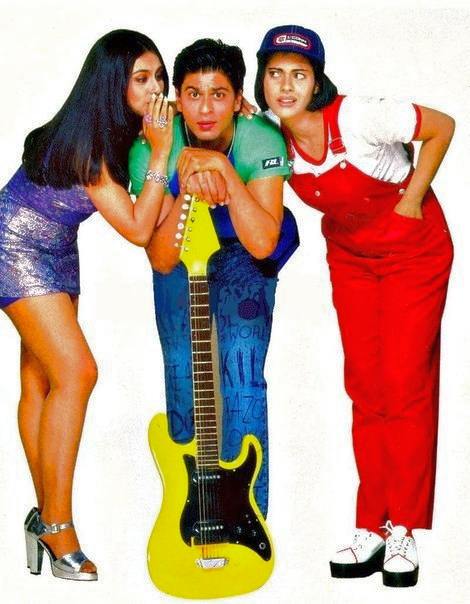 Kajol plays a vibrant tomboy in the first half of Karan Johar’s famous first film. From red dungarees to fluorescent green sweat pants, she wears it all.

Of course, in the second half she transforms into a sari-draped dream girl straight out of a Yash Chopra romance.

How Kajol is that? 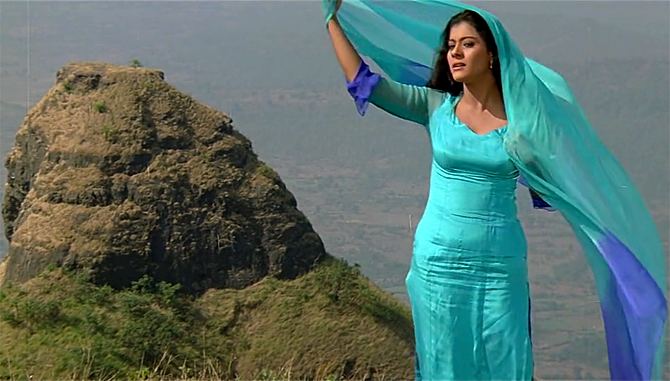 Only your local neighbourhood tailor can explain the popularity of her ombre and nude coloured churidars in the Salman Khan co-starring rom-com, a style almost every Kajol fan wished to copy following the success of Pyaar Kiya Toh Darna Kya.

Interestingly, she said yes to Sohail Khan’s movie simply because she loved the name of her character in it – Muskaan. 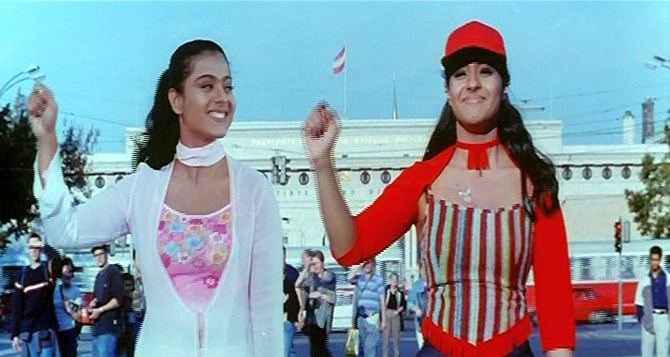 Double can be trouble sometimes.

Everything about this Parent Trap copy is plain jarring. Be its over-the-top screenplay, hamming actors or a dainty Kajol in drab outfits. 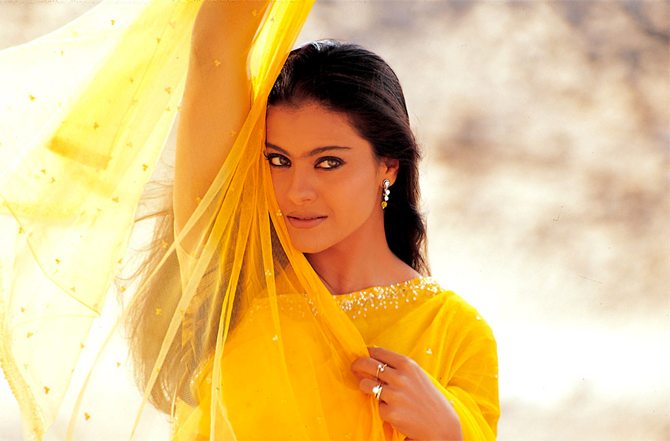 Kuch Khatti Kuch Meethi’s woes are quickly erased with the release of Kabhi Khushi Kabhie Gham. Every single actor looks like a dry cleaned, designer dream in every single scene of the melodrama. 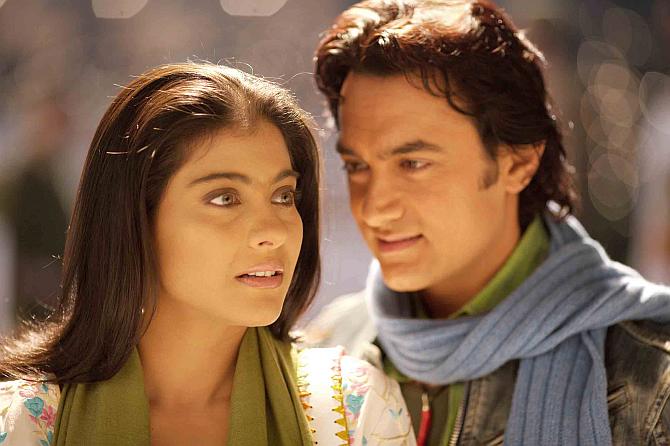 Fanaa marks the comeback of Kajol after a gap of five years. The actress appears changed --for better.

There’s something effortless and graceful about her understated styling and straightened mane.

My Name is Khan 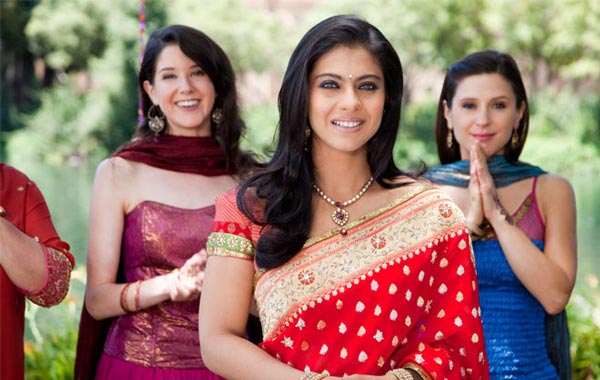 Unlike many of her peers, Kajol’s transition from girl to woman is remarkably smooth as she lends conviction to play different mothers in films like My Name is Khan and We are Family.

Like her frumpy to fashionable journey on screen, Kajol’s dressing sense has evolved off it too.