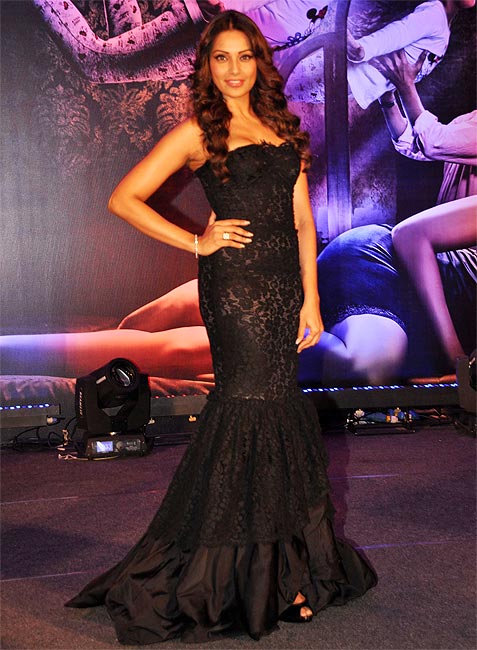 The film co-stars Nawazuddin Siddiqui and child artist Doyel Dhawan, and has been directed by Suparn Verma.

The first look of Aatma offers an interesting mix of suspense, drama and spine chilling moments. Discarding a routine press conference, the makers of the film took an unusual route as they created an atmosphere that resembled the theme of the film.
Tags: Bipasha Basu , Nawazuddin Siddiqui , Doyel Dhawan , Suparn Verma , Juhu

Bipasha: I have become a face of fear

Image: The theme at the trailer launch of Aatma

To increase the fear factor, the makers chained a girl inside a cage, who would make sobbing noises.

A plan-chit table along with a skull and a broken mirror were uniformly placed making it the centre of attraction.

The media and the guests were for a shock as they was greeted with girls dressed in white saris with smoky makeup.

At the start of the event, a small scene from the film was performed live by Bipasha and Nawazuddin and the little girl Doyel Dhawan.

Bipasha: I am trying to face fear and be brave 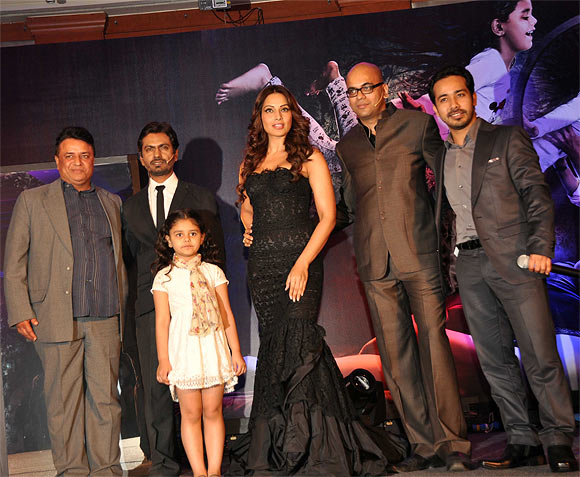 Bipasha, who has acted in four horror films (Raaz, Rakht, Darna Zarrori Hai and Raaz-3) so far, said that she was pretty comfortable doing horror films.

"After acting in quite a few horror films, I think I have become a face of fear now," she said. "I don't mind becoming a trendsetter in this space. If the role and the subject is horror space is interesting then why not do it."

The actress gets easily scared in real life, "I get really scared and still, I end up doing horror films more. I am trying to face fear and be brave. May be it's the role and the script that always attracts me to do horror films. I am a greedy actor."

Nawazuddin: I liked my role and the script 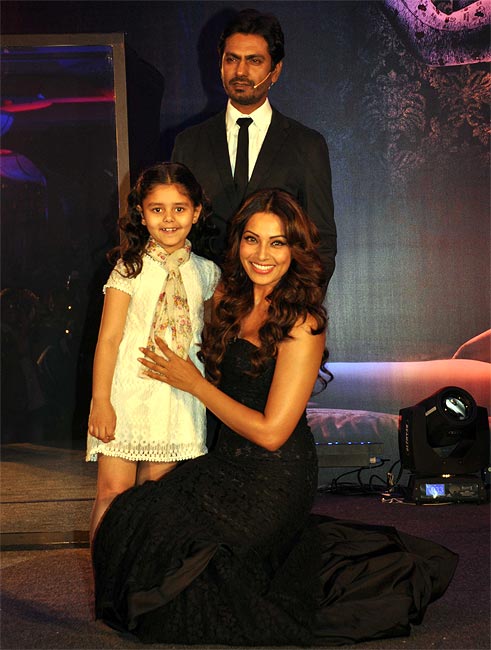 Nawazuddin, who gave some brilliant performance in films like Kahaani, Gangs Of Wasseypur and Talaash last year, said that he was shocked when he first came to know that he was cast opposite Bipasha.

"I was dumbstruck when Suparn came and narrated me the script and told me that I was doing a film with Bipasha."

The actor, who plays the lead role for the first time, said that he agreed to be a part of the film as he felt an emotional connect with the script. "The film is not only horror film but there is an emotional triangle between parents and their daughter. I have a daughter who is two years old and I could actually connect to the script of the film. Emotions are an important factor of this film."

He fiurther added, "As an actor, I want to do different roles. As far as this film is concerned, I liked my role and the script. I could relate to the role." 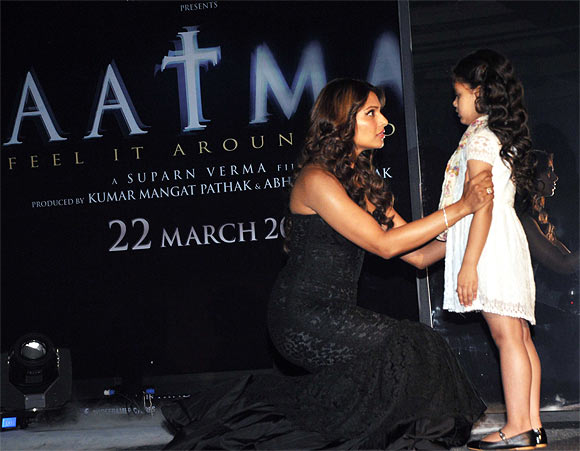 Image: Bipasha Basu and Doyel Dhawan perform a scene from the film

The film is all set to release on March 22 but the makers of the film look very confident and are keen on making the sequel of the film.

Director Suparn Verma said, "Aatma 2 is definitely happening. Kumar Mangat, the producer, has asked me to write a script for it."