The best Bollywood soundtracks of 2010 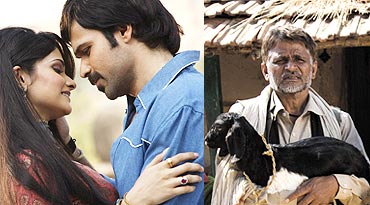 Image: Scenes from Once Upon A Time in Mumbaai and Peepli Live
Raja Sen in Mumbai

2010 hasn't been the best year for music in Bollywood. Or musicians, for that matter, with AR Rahman, Vishal-Shekhar, Shankar-Ehsaan-Loy all failing to make the grade. But don't lash out at Rahman just yet, he's still got it.

And despite a Bollywood no-show from the men mentioned, there has  been significant brilliance, most of it coming from one man. It is then a list of five exceptional albums, but we start with the ones that can compete for sixth place:

Almost making it to the list was Striker, featuring a plethora of composers from Amit Trivedi to Vishal Bhardwaj to Yuvan Shankar Raja, an album with great individual songs -- and something for everyone, really -- but one with no cohesiveness overall.

And finally, Once Upon A Time In Mumbai was Pritam's best in a while, an album trying hard to be funky but salvaged by some great ballads, especially Mohit Chauhan's Pee Loon. 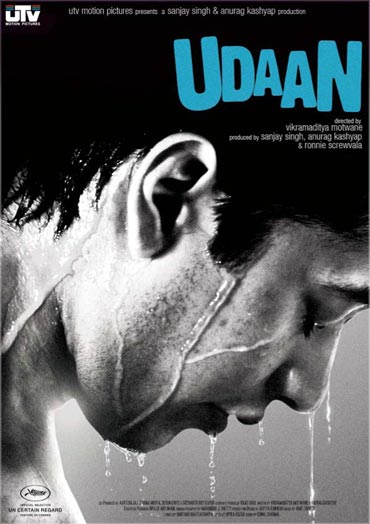 Image: A poster of Udaan

His name is Amit Trivedi, and by now we should start getting used to him wowing us over and over again.

His soundtrack may well be the best part of Vikramaditya Motwane's Udaan, a rocking album with genuine spunk.

Amit and his frequent lyricist Amitabh Bhattacharya collaborate behind the mike a few times here -- solidly in Aazaadiyaan and with extreme passion in Geet Mein -- even as Anurag Kashyap writes mad lyrics for a song called Motumaster.

This one's a keeper, for sure. 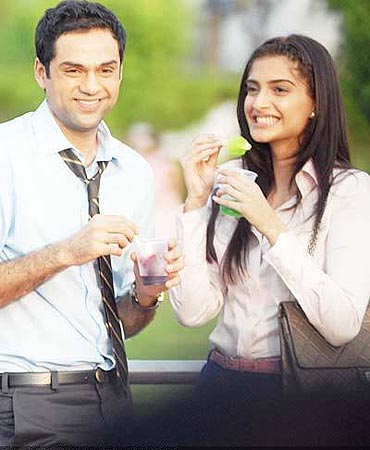 Image: A scene from Aisha

Keeping things appropriately shiny and sparkly for a chick-flick, Trivedi focusses on warm, likeable multipurpose ditties, from dancefloor-burners like Behke Behke to the insanely catchy Gal Mitthi Mithhi Bol to the title track Suno Aisha, introducing us to the title character.

And then there's Sham, the wonderfully wistful ballad crooned by the composer himself, clearly the album's highlight. 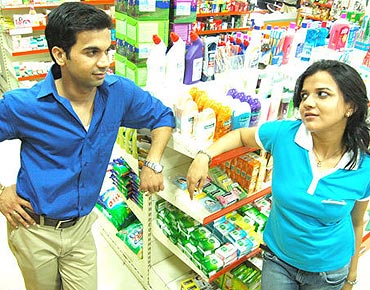 Sneha Khanwalkar is clearly one of the most interesting people on the current music scene, having more than proven her mettle with Khosla Ka Ghosla and Oye Lucky Lucky Oye.

This time she and director Dibakar Banerjee go plain bonkers, and delightfully so.

Kailash Kher rocks the hell out of the title track, I Can't Hold It Any Longer is unabashedly randy and very fun, and then there's Tu Gandi Achchi Lagti Hai, the album's highlight.

It's an albumful of crazily worded earworms.

2. No One Killed Jessica 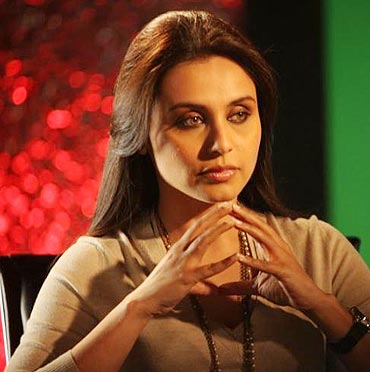 Trivedi scored a sensational hattrick with this very recent soundtrack, an absolute stunner.

The NOKJ soundtrack has some clear Rahman influence, but enough energy to rank right up there. The Dilli Dilli song is impossible to resist, with its liver-chopping lyrics and a giddy rhythm set to explode.

Amitabh Bhattacharya writes killer words for the almost-as-sensational Aali Re, and while he doesn't do the same for Yeh Pal, Shilpa Rao's vocals see it through.

And then there's the rough, edgy Aitbaar. If you haven't heard this album yet, do it now. 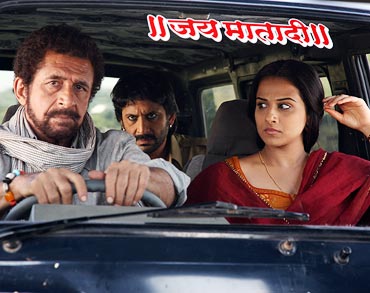 Image: A scene from Ishqiya

If this album had only that one song, it'd still be the year's best. As it stands, it has a lot more.

Vishal Bhardwaj is at his most sensitive when wearing his composer's hat, and his work with Gulzar is always stunning.

All that, plus the song.

Dil Toh Bachcha Hai Ji is as perfect as it gets, a song dripping with sheer magic. The words are jawdropping, Rahat Fateh Ali Khan's vocals working them superbly, and Vishal makes sure this is a song you listen to over and over and over. As good as anything ever heard in the movies, this is one of the finest songs of the last decade. Timeless.