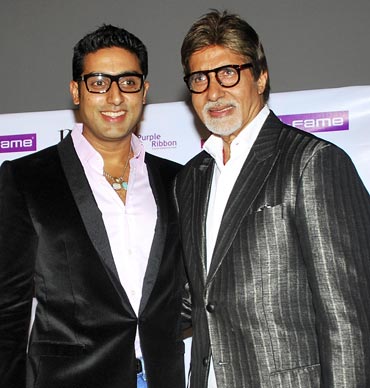 Amitabh Bachchan may not believe in Father's Day. But he did save an afternoon for son Abhishek on Sunday, Father's Day.

'Just spent the most wonderful afternoon with @SrBachchan. A mans greatest wealth is the wisdom, knowledge and experience of his parents,' Abhishek tweeted.

Shah Rukh Khan, on the other hand, wasn't so lucky and had to spend the day alone. 'Fathers day...and I am all alone...not that I would have done anything special except look at their innocent eyes. Love u Aryan & Suhana,' he tweeted.

Akshay Kumar got emotional and tweeted about his relationship with his father. 'Father's day, that special time of the year no matter what our age may be, when every single Son/daughter across the country needs to show just how much their Fathers mean to them. Fathers feel proud to be our Fathers, the day we show that we respect the family & life our Father's have created for us... I may not be able to physically show what my Father's love & existence means to me anymore, but my Son shows me every single day,' he updated. The traffic at Juhu, the western suburb of Mumbai, went for a toss on the weekend, as scores of people turned up on Juhu beach to have a look at the stranded ship.

Since quite a few Bollywood stars live in Juhu, most of them seemed quite upset.

Sonam Kapoor tweeted: 'This boat/ship on juhu beach is ruining my life! The traffic is insane!!! WTF!!!!!!! Its taken me 1hr 45 minutes from khar to juhu.'

Madhur Bhandarkar was also stuck in traffic for two hours. 'Stuck up in Traffic jam in JUHU for last 2hrs, people flocking to see the cargo ship Wisdom at midnight hour,imagine !!!' he wrote.

Sonakshi Sinha tweeted the picture of the crowd at Juhu beach (left).

RGV's next is not a love story 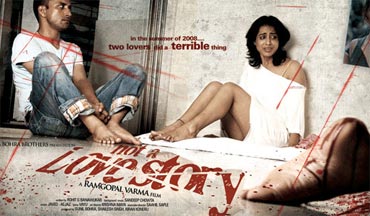 Ram Gopal Varma's next film is not a love story. That's quite clear from the title Not A Love Story and the poster.

The film has been inspired by a real incident.

'In the summer of 2008 2 luvrs killed a man,hd sex in front of dead body,thn cut the body in2 pieces and disposed the body parts in a jungle. That's the story of my new film 'Not a love story'. It is inspired from the Maria susai raj neeraj grover murder case,' RGV tweeted.

Are you keen on watching this film? 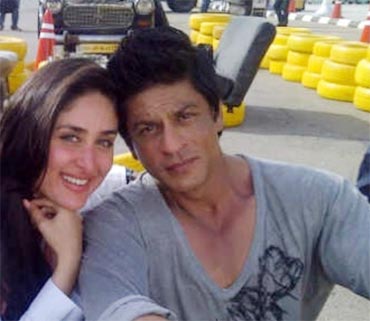 Shah Rukh Khan has finished work on Ra.One, and thanked his co-star Kareena Kapoor for working so hard on the film.

'finished the last few bits and pieces of ra.one with kareena. want to thank her for working so hard and fast...she was such a sport. hope we havent tanned her too much in the hot sun. with kareena at the shoot. have cropped the picture to cut out mushtaq (writer) cos he will be playing a never seen before or after cameo in the film...so making sure he is never seen...ha ha,' he tweeted, and posted a picture (left). 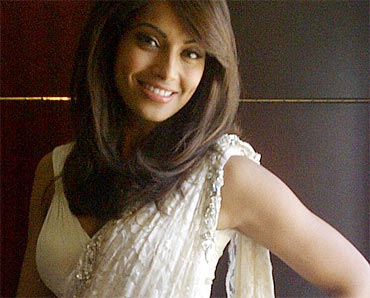 Bipasha Basu looked fabulous as she tweeted a picture from the Flower Parade in Brampton (left).

'Thank you Brampton!Had the most awesome time at the flower parade today:)Now headed to Toronto!' she tweeted.

Why Amitabh's house is called Jalsa 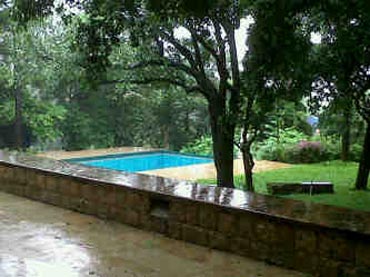 Amitabh Bachchan tweeted about why he had named his house Jalsa.

'Someone asking why house called 'Jalsa' .. it was 'Mansa' before, the name of first known lady that started our family tree .. a well wisher said change the name, so we called it Jalsa, because as soon as we moved in Shweta got married and there was a Jalsa,' he explained.

Shabana Azmi posted a picture of her house Sukoon in Khandala, a hill station near Mumbai. 'Our Khandala home. the banyan tree is 100years old,' she tweeted.