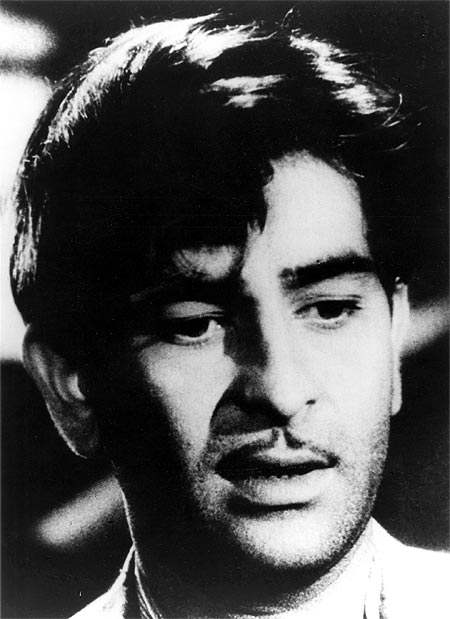 The Raj Kapoor film festival at Museum of Modern Art, New York, was a beautiful trip down memory lane.

Towards the middle of the Awara screening this past Friday, a very young and stunningly handsome Raj Kapoor and the ravishing beauty Nargis were on a boat, a night scene shot inside a studio.

The artificial elements of the scene -- a full moon, palm trees and rippling water -- added to the magical quality of sequence. Kapoor with his disheveled hair covering his forehead, was dressed in a dark striped t-shirt and rolled up khaki pants. Nargis had two short pigtails tied with ribbons, a white sailor's blouse and black Capri pants.

At this moment Kapoor and Nargis were lip-synching to Lata Mangeshkar's and Mukesh's voices -- singing one of the most romantic songs in the history of Hindi cinema, Dum bhar jo udhar mooh phere. My writer friend Meera Nair, sitting two seats away from me first started humming the song. And I joined in, not loud, but clearly -- people sitting around could hear us.

That is when an old American woman with white hair, sitting one row in front of us, shushed me. "You have been talking throughout the film," she said looking back at me in the dark. It was an amusing remark and I nearly responded to her by saying, "What's the point of seeing a Raj Kapoor film if you cannot sing-along?"

But I kept quiet, letting the rest of the song play in my head. This was a very proper audience at New York City's prestigious Museum of Modern Art. It was a packed theatre with 422 people attending the first screening of Raj Kapoor and the Golden Age of Indian Cinema -- a mini retrospective of eight films by the Great Showman, originally programmed by the Toronto International Film Festival. The retrospective runs through January 16 and includes films ranging from Aag (1948) -- Kapoor's first directorial venture, when he was only 24 years old -- to his big box office hit, Bobby (1973). 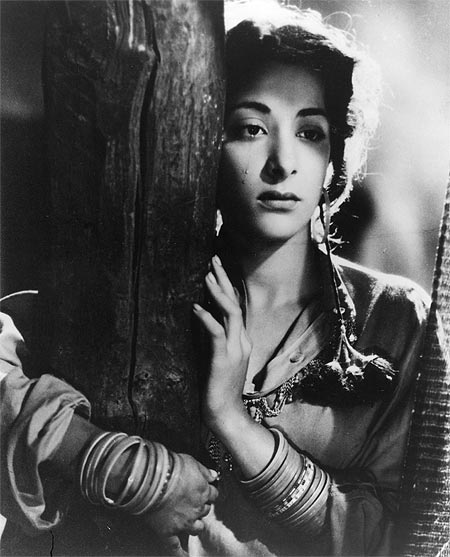 This past weekend all five screenings of Awara, Aag, Barsaat (oddly titled as Monsoon) and Boot Polish were sold-out with mostly American audience in attendance.
Perhaps they were drawn by Rachel Saltz's piece in The New York Times where she wrote: "For those who have never seen a Hindi movie or are curious about Kapoor, the Museum of Modern Art's well-chosen eight-film series ...is an excellent place to start."

Even the museum's film department must have been surprised by the sold-out screenings. This would explain why they shifted the screenings from a smaller theatre in the museum's Education and Research Building, to the large 422-seater The Roy & Niuta Titus Theater. And the audience, although rather unfamiliar with Kapoor's cinema, clapped at the end of the films.
The American woman sitting in front of me was partially right. I had not been sitting quietly watching the film. The Raj Kapoor fan in me was really looking forward to Awara. I have seen the film a few times before and honestly, I do not think it is a great film. I find the plot overwrought with emotions, symbolism, burdened with a heavy message and over dramatic dialogues, the work of KA Abbas.
But I have been in love with Kapoor and Nargis -- as a pair, since my teenage years when I first discovered their black and films on Doordarshan. I do not think there has been another hot pair quite like the two in India's Hindi film industry. And then there are the songs of Awara -- a perfect collection of the playful, romantic and heartbreaking numbers set to the compositions of Shankar Jaikishan. 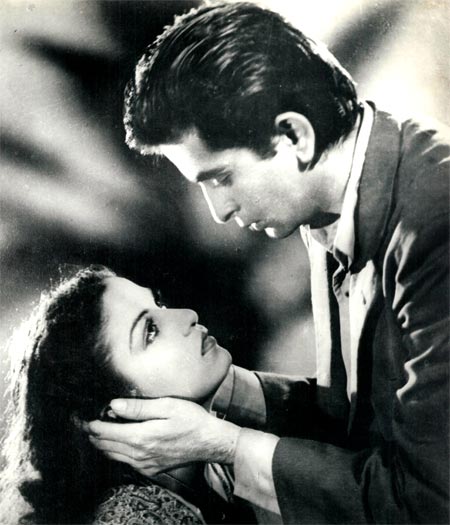 When the song Awara Hoon started playing in the film, I looked around the theatre.

By all counts this was the most globally recognised Indian film song, until Jai Ho became an international phenomenon in 2008. And I was surprised. Other than my friend Meera Nair, the rest of audience sat there quietly, attentive, starting at the screen, but with not even a slight hint of a smile on their face.

I am glad they were watching Awara, giving an old Indian film a chance, but this was not going to be the Awara experience that I had so wished for.

And so I started humming Awara Hoon. I let the music, the lyrics, Mukesh's voice and Raj Kapoor's exceptionally charming presence on the screen take hold of my senses. I did not sing loudly. But I was not embarrassed to claim it as my song, my memory of life lived in India, my culture and my heritage.

Later when the old lady shushed me, I was not offended or shocked. I was also not going to let her ruin my evening. It is very rare for us to see Raj Kapoor's films on a big screen in New York. And watching Awara at MoMA was one of the most precious three hours I spent on a Friday evening.