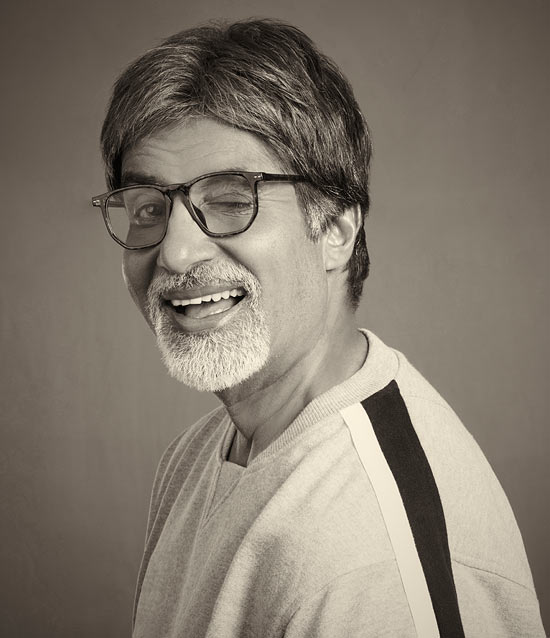 Even though he is such an iconic star, the lensman claims Bachchan remains simple and humble.

As part of the Big B's 70th birthday celebrations, Gowariker shows off his favourite AB photographs, and gives us interesting insight into them.

I started my career in 1993 but got the opportunity work with Amitabh Bachchan only in 2005, during a photoshoot for Mahesh Manjrekar's Virrudh.

I was extremely excited that day. We were shooting in a studio very close to his house. As usual, he arrived two minutes before time.

I was overwhelmed when I was introduced to him. He got ready for the shoot, then came back and asked me, 'What do you want me to do?'

How can I tell Amitabh Bachchan what to do? So I told him, 'Sir, I cannot tell you what to do.'

He started laughing at that.

Finally, Mahesh Manjrekar gave him the brief and the shoot went on smoothly. 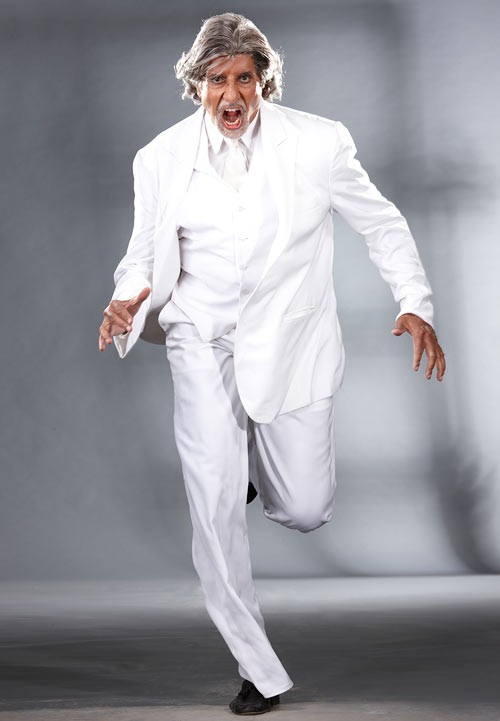 I love to picture him running -- he immortalised that on the poster of 1978's Don. It is an iconic poster and Amitji's running has also become iconic.

At the peak of his career, his running was never shot brilliantly because of the techniques available at that time.

I always wanted to shoot Amitabh running and I got the opportunity when I shot with him for his film Aladin (2009).

On the day of the shoot, I asked him whether I could shoot pictures of him running. He was not very confident about how I would capture it.

I just told him to run. I remember I kept a bunch of keys as a mark. He would come running 10-12 feet behind that marker and as he would reach it, I would start clicking. He did it three or four times. It was absolutely stunning.

He loved the picture so much, he posted it on his blog and also mentioned that it was fun shooting with me.

'He has got a rare collection of cameras' 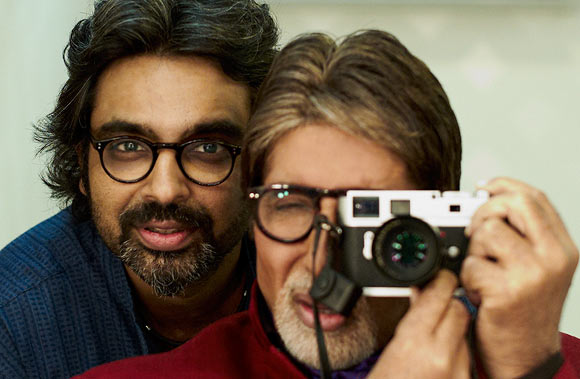 I had bought a Leica camera, and knew that Amitji was an avid photographer.

I asked him to click a picture of the two of us in his vanity van. This is a very personal photograph.

His knowledge about lighting and camera of still photography is tremendous.

The Leica camera is a very difficult camera to operate. It is a manual camera, and it is difficult to manually focus it. Even a professional photographer may not be able to focus but Amitji was brilliant at it. He has got a rare collection of cameras.

'His star power is unparalleled and yet, he is so humble' 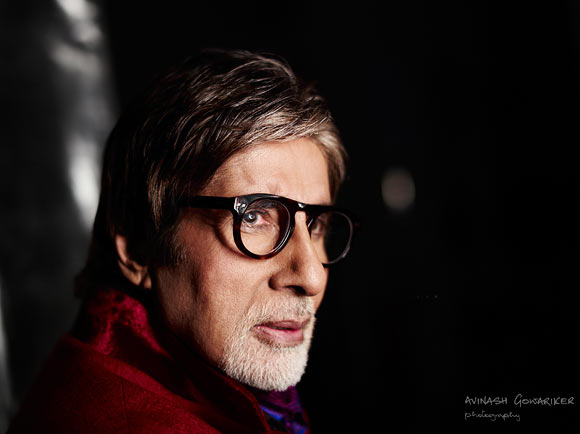 What's striking about Amitabh Bachchan is his.

His star power is unparalleled and yet, he is so humble.

In my career, I have seen that almost all the stars dictate terms but Amitji never does. He always does what he is told. He is turning 70 this month but his energy is like a 20-year-old.

I shot him for the current and the previous season of Kaun Banega Crorepati. Between the two seasons, he underwent a major surgery and was hospitalised a couple of times.

But when he came on the sets, it was as if nothing had happened to him.

'We always had a great rapport' 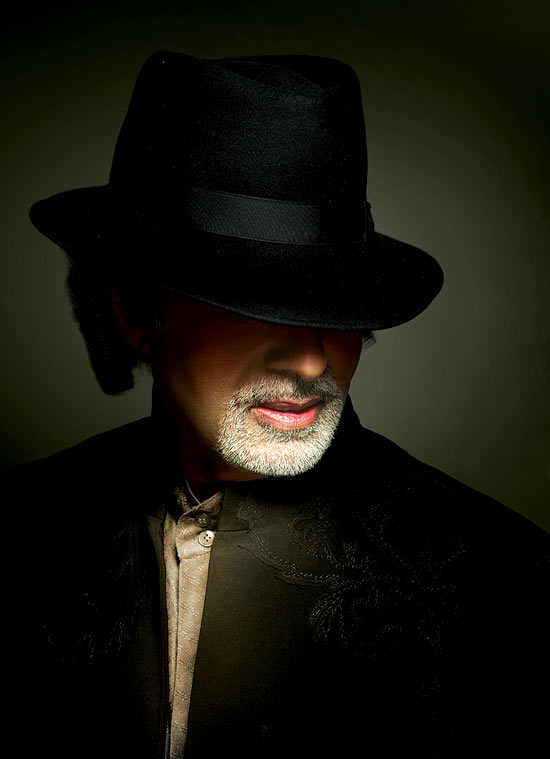 I have worked with him quite a few times in the last seven years but still, I get awestruck every time I meet him.

The shoots have a lot of energy. We have a great rapport.

Once he is in front of the camera, he just gives himself to the technician. He will take directions from anyone.

My relationship with him is professional. I don't have any social contacts with him but whenever he meets me, he greets me with a warm hug.