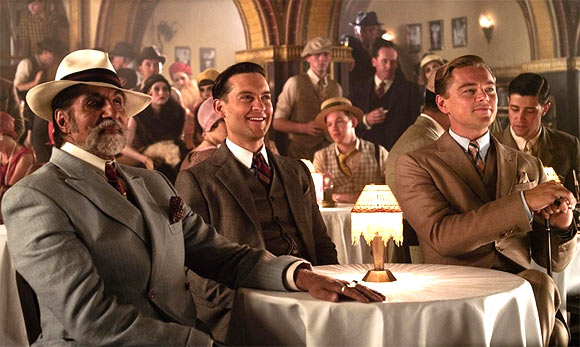 Baz Luhrmann's adaptation of The Great Gatsby, starring Leonardo DiCaprio, is all set to premiere at the 66th Cannes Film Festival.

Bollywood actor Amitabh Bachchan, who plays a cameo in the film, confirmed the news and tweeted: '"The Great Gatsby" official opening film for Cannes Film festival, May 15th..come one come all..half blink and you miss role for me.'

The 70-year-old Indian actor will also lend his voice for a soundtrack in the film. 'Baz Luhrmann just informs me about Cannes .. there is excitement all around .. Jazz y wanting to use my voice in sound track .. sure,' he added. 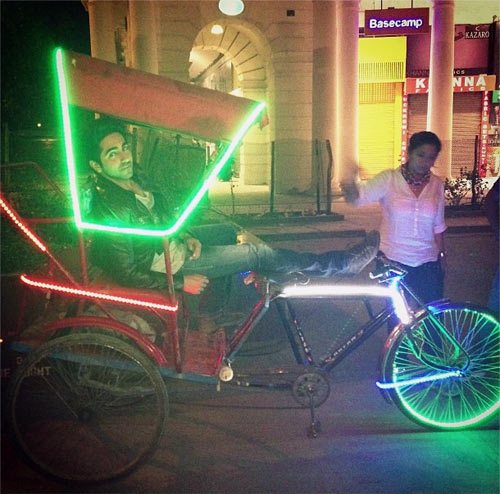 Sonam shared a picture of Ayushmann from the sets and tweeted: 'Poser khurrana!'

She also shared a picture of her with director Nupur Asthana and wrote: 'director saab and me!!

The film is a romantic comedy about a couple in the time of recession. 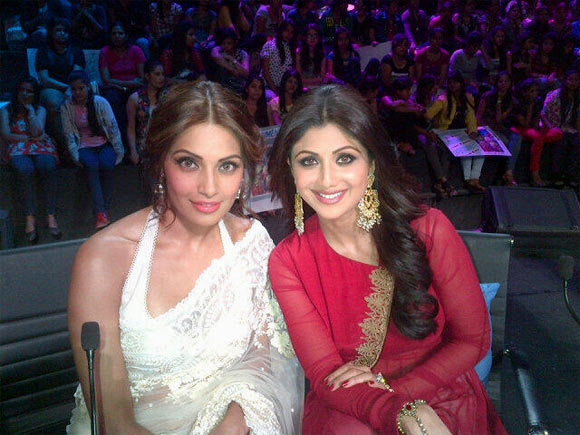 Judge Shilpa Shetty tweeted: 'Have @bipsluvurself on the sets ,having so much fun. Must watch this episode:) will tweet a photo.'

Basu, on the other hand, wrote: 'Had a blast on the sets of Nach Baliye 5!@TheShilpaShetty Sajid Terrence Gautam Karan and all the contestants are all so much fun!Thank u!'

Directed by Suparn Varma, the horror film also stars Nawazuddin Siddiqui and is set to release on March 22. 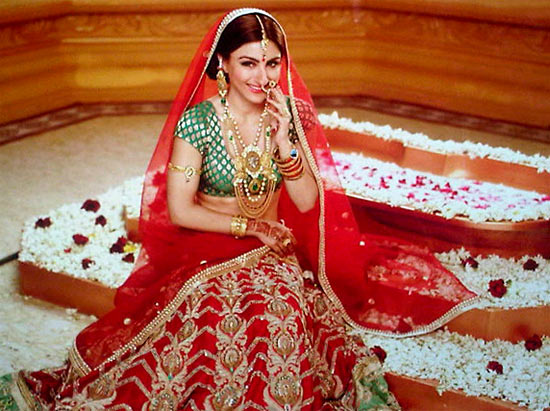 Soha Ali Khan may have no plans of getting married anytime soon, but the 34-year-old actress adores bridal outfits.

She dressed up as a Punjabi bride for a shoot recently and shared a picture from the sets: 'Yesterday a maharashtran bride, today a punjabi bride; shooting with one of my favourite photographers-vishesh verma'

Meanwhile, Dabboo Ratnani shared a picture of Priyanka Chopra from their latest shoot together and wrote: 'Shot of @priyankachopra for Ittehad, Designed by @fahadhussayn.