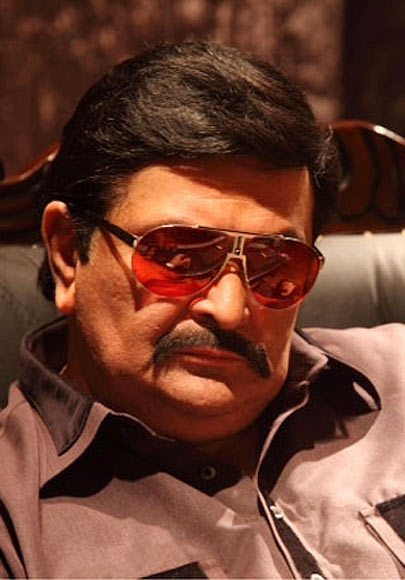 'Acting is in their blood,' is an presumption attributed to most star kids. But few validate it like Rishi, son of legendary actor/filmmaker Raj Kapoor, has right from his debut in 1972.

Graduating from the chubby schoolboy of Mera Naam Joker to play a dashing young man the silver screen so anxiously awaited in Bobby, Kapoor followed it up with a spate of successful romances/drama in an era swept by the 'angry young man' wave, delivering one effortless performance after another that nobody complained even when it got monotonous.

But his underestimated skills came into their own and wowed all and sundry during his adventurous second innings as a character actor.

After a uninspired attempt (Aa Ab Laut Chalein) behind the camera, the new, better-than-ever RK sank his teeth into roles that showcased unknown facets of his artistry with films like Luck By Chance, Do Dooni Chaar, Agneepath, Student of the Year, Aurangzeb and, in all probability, last week's release D-Day where the 60-year-old portrays an underworld don modelled over Dawood Ibrahim.

In a career spanning over four decades and 130 movie titles, Rishi Kapoor's eclectic range, even if slightly delayed in coming across, is worth its money in gold.

We celebrate some of his best works so far. 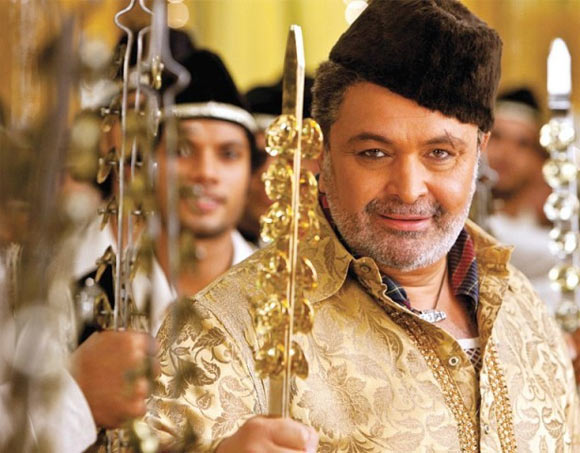 With his kohl-lined eyes, contemptible behaviour and butchering tactics, Kapoor is a picture of unbelievable menace along with Sanjay Dutt's bald and beastly Kancha Cheena. 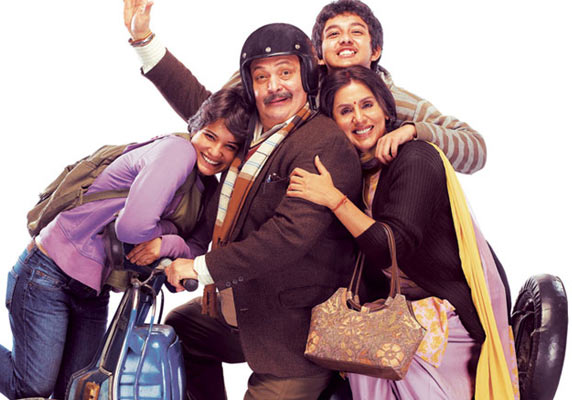 A far cry from the glamorous sweater sporting Ritchie Riches he so famously played in the 1980s, Kapoor slips into a middle-class teacher's routine life and hassles along with real-life better half Neetu Singh in the feel-good caper, Do Dooni Chaar.

It's the duo's deft conviction that imparts one of the best films of 2010 with credibility and character. 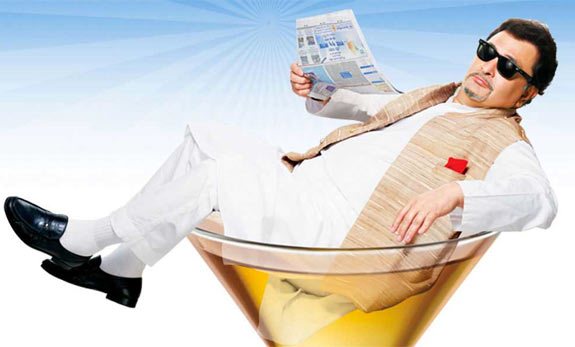 Rishi Kapoor plays a narcissistic version of himself in Ranjit Kapur's small-budget gem, which earned brownie points from most critics.

Chintu Ji, playing on the actor's popular nick name, works as a satire and makes up for its poor production values with a delightful performance from its leading man. 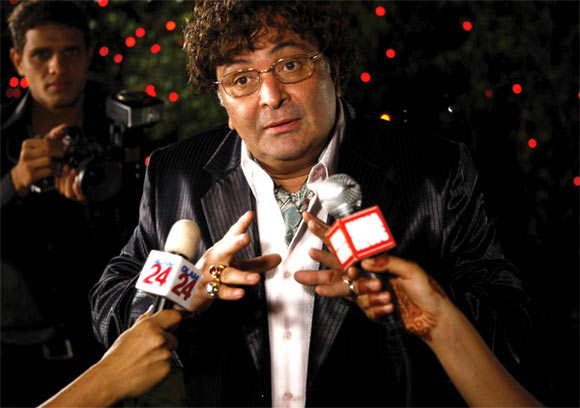 Trust Rishi Kapoor to make the viewer both -- laugh and feel bad for him as the typically old-timer producer whose enthusiastic exterior conceals a vulnerable, snubbed has-been.

Zoya Akhtar's directorial debut has a lot of high points and Kapoor's Tenenbaumesque wig sporting Rommy Rolly spewing chuckle-worthy lines like 'She's a crocodile in a chiffon sari' is right up there. 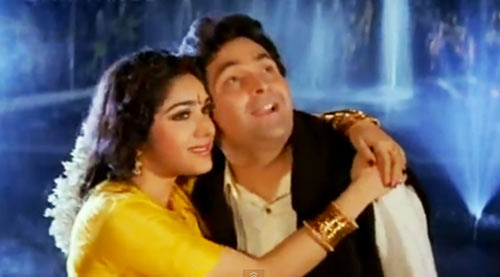 The latter effectively conveys the guilt and plight of a man caught between protecting his family and standing up for his wife without feeling the need to get over dramatic. 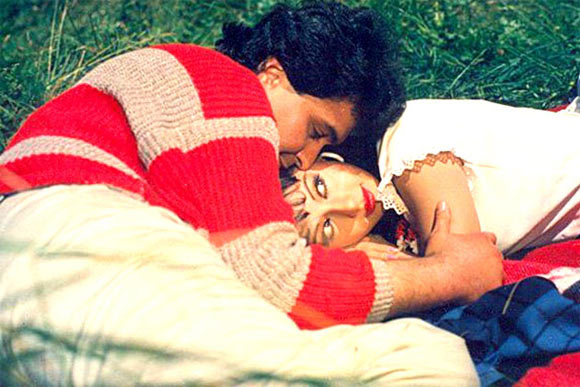 He starts out by playing the usual romantic lover boy serenading Sridevi with unchecked exuberance amidst parental opposition and class barriers until an unfortunate accident leaves him immobile.

The transition from cynical and brooding to determined-to-get-better to heartbreaking realisations relies on RK's perfectly-timed instincts. 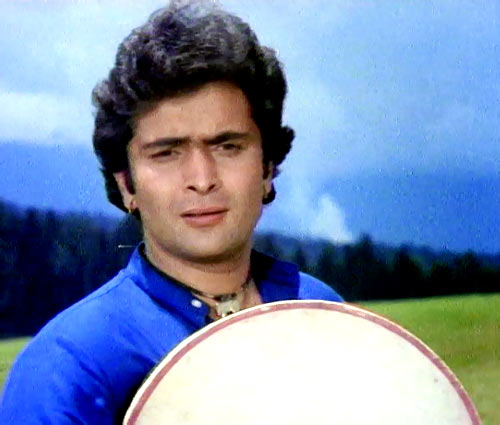 With K Vishwanath's super hit musical co-starring Jaya Prada, Rishi Kapoor turned into the memorable 'Dafliwala,' whose moves he recreated during the Radha track in Student of the Year.

Playing the compassionate, encouraging beau to a mute girl comes easy to the actor in this remake of Telugu drama, Siri Siri Muvva. 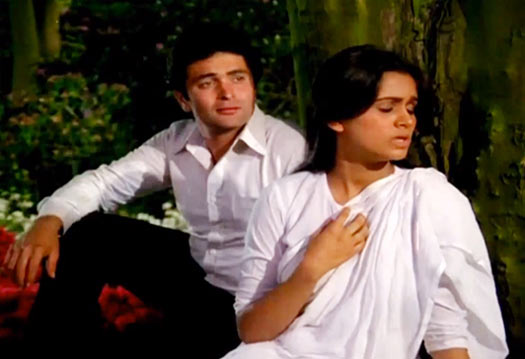 Rishi Kapoor's aura radiates an inherent goodness, which makes him a perfect candidate for roles that required refinement, grace and virtue. Who could recognise this quality better than his own father?

In Raj Kapoor's Prem Rog, which tackles with the subject of remarriage of widows, RK Jr plays the bright new face of change and revolution. 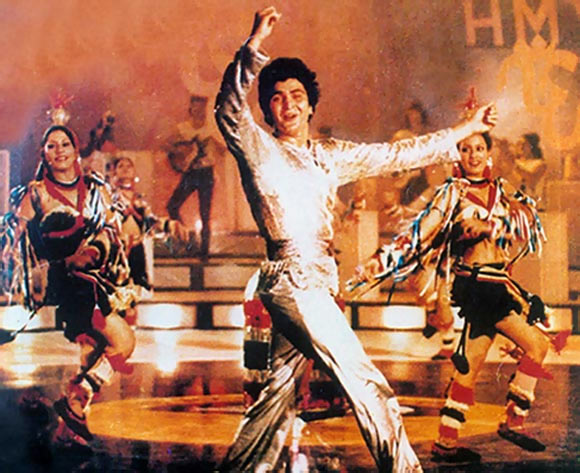 Subhash Ghai's reincarnation drama may have failed at the box-office but has acquired a cult status over the years.

And Laxmikant Pyarelal's stunning soundtrack and Kapoor's blazing intensity as raging pop star have a lot to do with it. 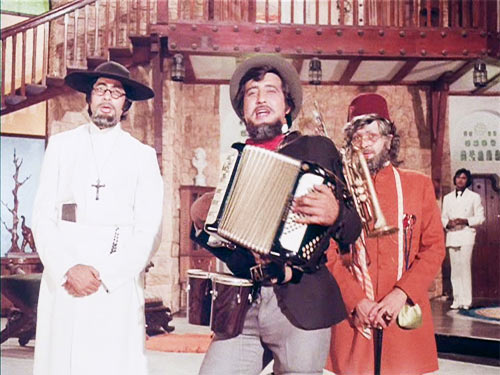 If Amitabh Bachchan rocked the Manmohan Desai show with his infectious antics as the drunk or droll Anthony Gonsalves, Rishi Kapoor raised the bar for charm with his delivery as Akbar Ilahabadi. 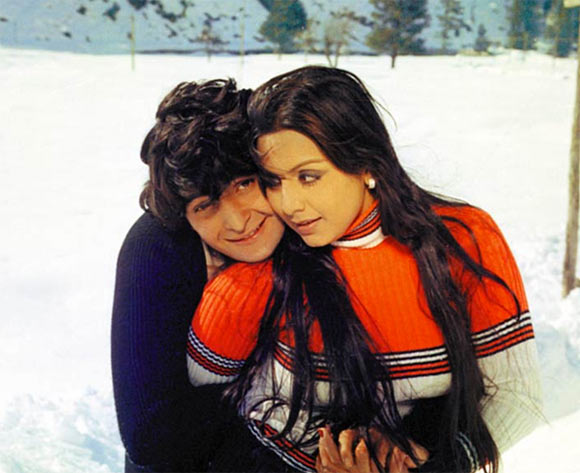 The Rishi Kapoor-Neetu Singh unfailingly features in every favourite screen jodi list. And with good reason.

They make an impact even in movies that are not entirely about them.

In Yash Chopra's romance spanning two generations, the actor exudes passionate energy as a youngster who loves his girlfriend (Singh) enough to leave everything behind to comfort her from the sidelines as she pursues her newly discovered family. 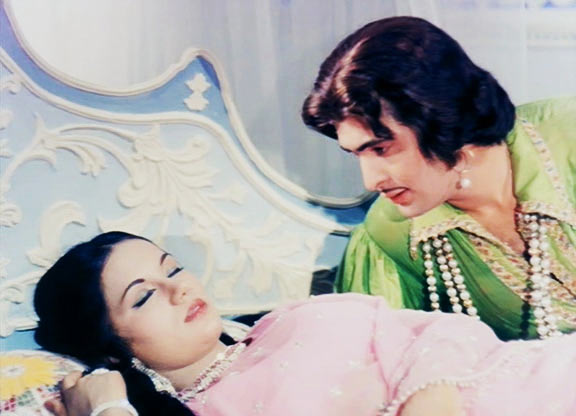 In H S Rawail's retelling of the romantic legend, Kapoor and Ranjeeta play the star-crossed lovers Laila Majnu with élan.

The lilting soundtrack by Madan Mohan and Kapoor's efficiency at conveying the untainted affections of a man consumed by his love till eternal doom ensured the film's box-office draw.

Both Khel Khel Mein and Rafoor Chakkar came out in the same year and paired him opposite Neetu Singh.

While one's a murder mystery with a surprise twist in the climax, the other's a Some Like It Hot rip-off with our man in an amusing drag act for majority of the film.

This is RK-themed popcorn at its best. 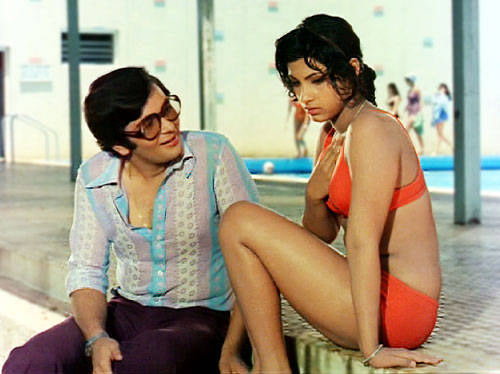 Dimple Kapadia captivated the nation with her unaffected demeanour.

But Rishi Kapoor is the chosen one she offers her hand in friendship.

Kapoor's grown-up debut, directed by his father, gifted the industry a sparkling star, an exceptional actor and a heartthrob every debutant henceforth would aspire for. 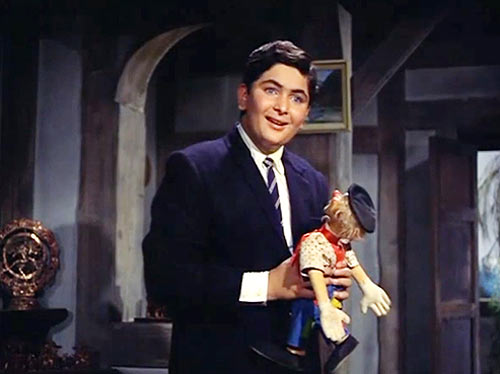 An adolescent school boy inspired by his father's profession as clown and coping with classroom bullies falls in love with his teacher and everything changes. Forever.

A National Award is the least compensation he could be offered.