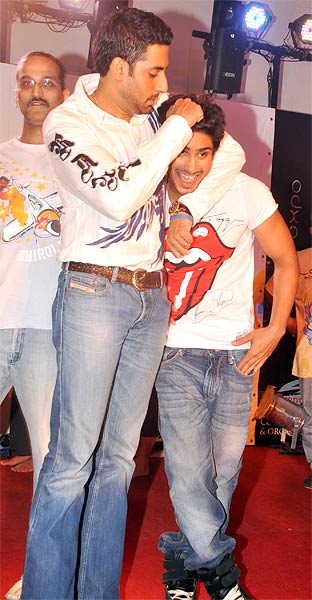 Here's what your favourite celebrities have been up to.

The trio was present at the convention to promote their film that's up for release on April 22. 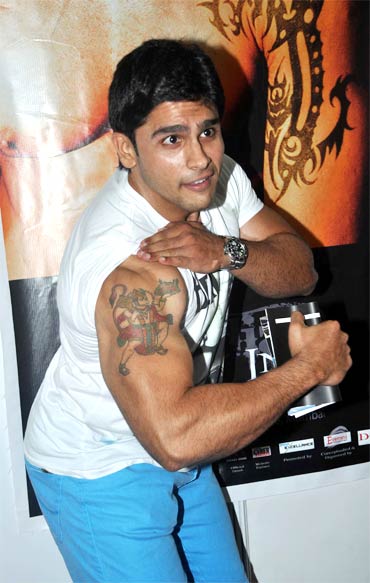 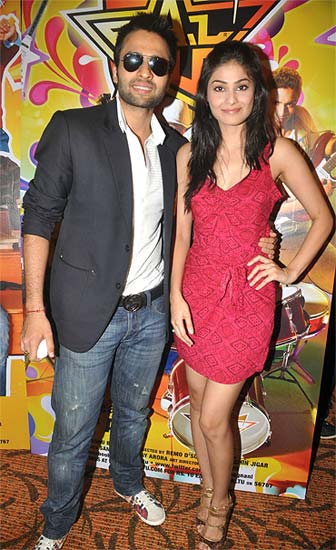 The lead pair of Remo D'Souza's directorial debut FALTU Jackky Bhagnani and Puja Gupta were in their elements as they arrive at the film's success party at hotel Novotel in Juhu, a western suburb of Mumbai.

Other guests included co-stars Arshad Warsi and Reitesh Deshmukh, Remo and producer Vashu Bhagnani among others.

The film had released on April 1.

Onir ready with his next film 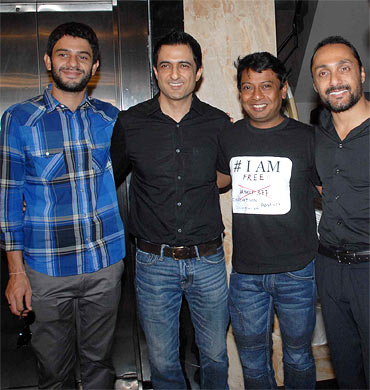 Actors Arjun Mathur, Sanjay Suri and Rahul Bose flank director Onir as they get ready to interact with the media and promote their film I Am, at hotel Sea Princess in Juhu.

The film is set for an April 29 release.

Onir ready with his next film 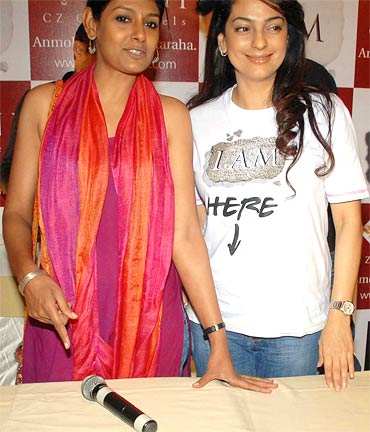 Nandita Das and Juhi Chawla, both of whom have returned to acting after a long break with I Am, were also present at the event and seemed to be enjoying the action.

The film comprises of five short stories that are based on real life incidents. 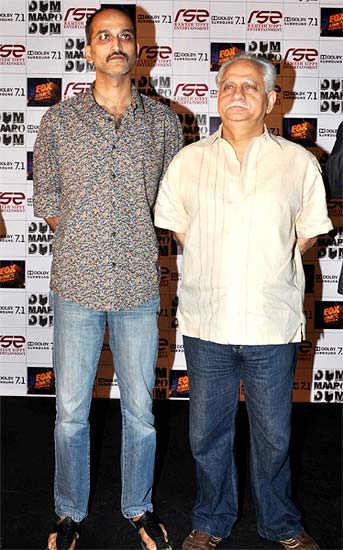 Rohan Sippy was present with dad Ramesh Sippy at PVR Juhu on Friday to announce that their film Dum Maaro Dum will be the first Indian film with Dolby surround 7.1 -- the latest in Dolby sound. 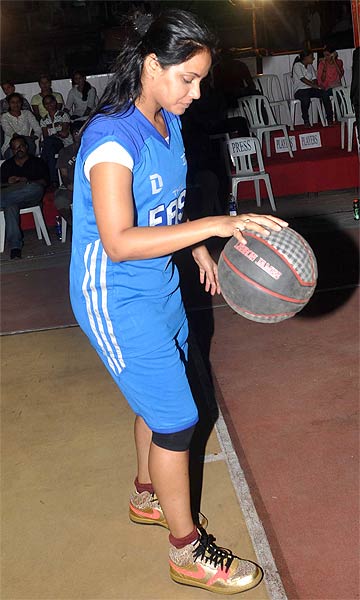 The actress is representing Maharashtra at an interstate tournament that kickstarted on Saturday.

B-town actors at a book launch 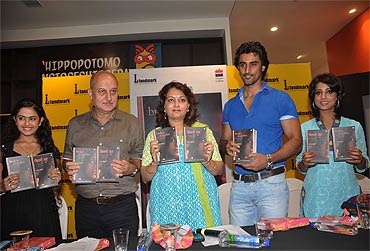 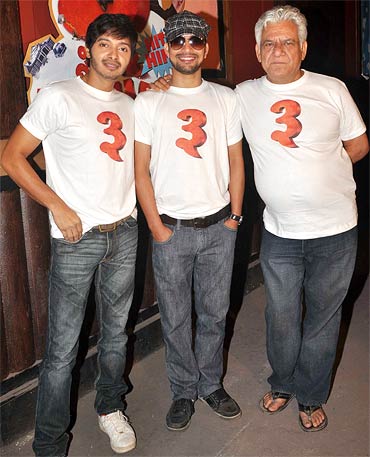 Shreyas Talpade, Deepak Dobriyal and Om Puri strike a pose as they arrive for a promotional event for their upcoming film 3 Thay Bhai at Filmistan studio, Goregaon, a western suburb of Mumbai.

The film will release this Friday. 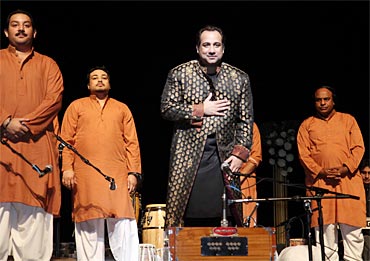 Rahat Fateh Ali Khan takes a bow after performing to a packed audience at New Jersey Performing Arts Centre in Newark on Saturday.

Looks like his recent controversy is well behind him.