'You can't watch Delhi Belly with your parents' 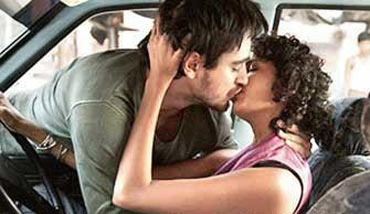 After introducing nephew Imran Khan in Jaane Tu... Ya Jaane Na, Aamir Khan is back to promoting him in his forthcoming film, Delhi Belly, produced by Aamir once again.

'Delhi Belly is not a sex comedy," Aamir said at the press conference. "It is an irreverent film with obsence language." Well, that's Aamir trying to 'simplify' the film for the audience.

Here's the real dope on what Delhi Belly is all about, in Aamir's words:

Are you happy with the way the film has turn out?

Abhinay has made it really well. He's done full justice to the script. As a producer, I am very happy with his work.

'Delhi Belly is not a remake of any film'

You are known to make family entertainers. What made you take up a film like Delhi Belly?

Yeh young log mujhe biggad rahe hai, kya karon (This young generation is spoiling me, what can I do) (laughs).

My films are family entertainers with social messages. But this is the first film which is not for children because the language is ashleel (obscene). This film is not for people who don't like cuss words. But it has a sense of humour. It is not to be taken seriously; it is aimed at the youth and people who are young at heart. You will not be able to watch Delhi Belly with your parents.

Did the Censor Board approve of the film?

We applied for adults' certificate and got it. The censor board did not cut any scene. In fact, they liked it (laughs). The film does not have any skin show, no teeny-weeny clothes. Only the language is obscene.

Is it a remake of American Pie?

Delhi Belly is not a remake of any film. It is an original film. The script has been written by Akshat Verma, a student from UCLA (University of California, Los Angeles).

Is it sex comedy?

No. It's kamina comedy. Sex bilkul nahi hai (there's no sex at all). 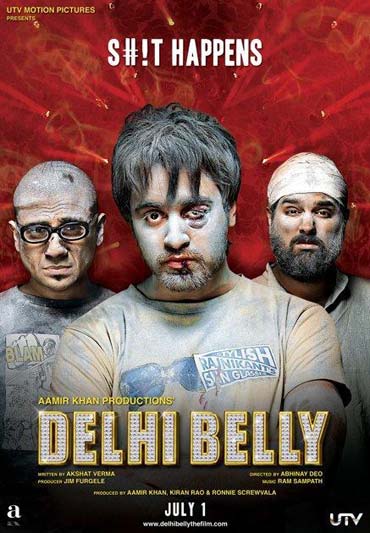 Why did you choose this script?

I like the film a lot even though I don't use cuss words at all. When I read the script, I laughed so much!

I get many scripts in a day. Akshat was trying to give me this script for many days. He came all the way from LA just for this. I was very busy with my shoots, so I couldn't meet him. He gave the script to my maid and left.

One day, Kiran (Rao) just picked up a script from a pile in my room and started reading it. I saw a smile on her face, then she started laughing loudly, and then she went hysterical. I decided to read the script that night itself.

After that, I called on the number written on the script. Jim (one of the film's producers) and Akshat had just reached LA from Mumbai. After my call, they took the next flight back.

Did Akshat want to direct the film?

Yes, he wanted to direct it. But in the initial stages itself, he felt he was not ready to direct yet. So we started looking out for a director. I had seen Abhinay's ads and was impressed with his work. So I called him. He liked the script too, so he came on board.

Apparently, you wanted to a role in this film?

Yes. I regret that I was not able to act in this film. I wanted to do the role of the character played by Kunal Roy Kapoor. I loved that role because he has the best one-liners. But the character needed to be fat and slobby and I did not want to gain weight. I had really worked hard to lose it.

'My involvement in Delhi Belly is just that of a producer' 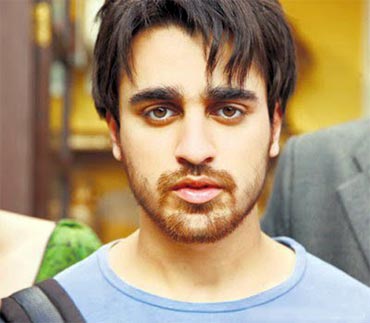 Abhinay's first film as director, Game, did not do well. If Delhi Belly does well, will people now say it was directed by Aamir Khan?

I have not seen Game but I know Abhinay has worked really hard on it. He shot Game when we took a break from Delhi Belly. Unfortunately, the film did not do well. Some of my films have also failed at the box office. One should not be discouraged by that. When a film does not do well, it's a learning experience.

As far as Delhi Belly is concerned, hopefully, it will do well. And if it does, I want to clarify that it has been made by Abhinay. My involvement is just that of a producer. I have given him all the support he needed.

Taare Zameen Par was an exception where I directed and Amole (Gupte) wrote the script.

In this case, Akshat has done wonderful work as a writer and Abhinay has given it birth on the big screen.

'I sit on the edit of all my films' 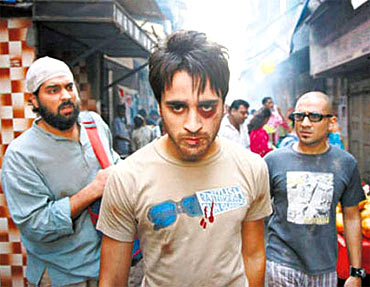 The film has been in the making for quite some time, isn't it?

Yes, that's my fault. I can only do one thing at a time. It so happened that all my films were ready around the same time (Delhi Belly, Peepli Live! and Dhobi Ghat). As a producer, I can promote only one film at a time, so I released Peepli Live! first and then Dhobi Ghat. Now I am releasing Delhi Belly.

There are reports that there were differences between you and Abhinay?

The reports are not true. In the past, there have been similar rumours about Raju Kumar Hirani and I fighting (over 3 Idiots) or Ashutosh (Gowariker) and me having a disagreement over Lagaan. They were not true either.

Does the final edit call remain with you?

In AK Productions, I need the final cut. That is our policy. We make that clear right at the beginning, when we are signing the writer or director. They should feel comfortable that we have that right. If they are uncomfortable with that, we don't move on.

I sit on the edit of all my films, including Lagaan.

'I'm worried about the budget of Delhi Belly'

What is the budget of Delhi Belly?

The budget is on the higher side -- somewhere between Rs 20 to 25 crore. And this does not include publicity and promotion charges. This is the first time that I'm worried about the budget.

All my films have gone above the planned budgets. For example, the budget for Lagaan started at Rs 12 crores but it was finally Rs 25 crores. For Taare Zameen Par, we started at Rs 5-6 crore, and that went up to Rs 10-12 crores.

I am not the kind of producer who fixes your budget, and asks the director to complete the film in just that.

If Abhinay requires something, I don't stop him. I ask him to go ahead because I am a creative person.

'Imran has a lot of potential'

What made you select Imran Khan?

I selected Imran because he is a theek-thak actor (smiles). He suited the character.

Do you think this film will help Imran's career, as he's just had one hit in Jaane Tu... Ya Jaane Na?

After Jaane Tu, he's had a medium amount of success. Yes, certain films did not do well.

Imran has a lot of potential. He's hungry to learn. At the start of the career, you do make mistakes. It's a learning process. I think he is doing well for himself.

If the film does well, it will be good for all of us.

Apparently, you're looking for an item girl for this film.

Yes. We haven't finalised on a girl yet. We have a special song. If we get proper casting for it, it will do wonders.

Rumour is you'll be coming on a chat show, Oprah style.