Sign in  |  Create a Rediffmail account
Rediff.com  » Movies » Aamir Khan: I never thought I would become a superstar

Aamir Khan: I never thought I would become a superstar 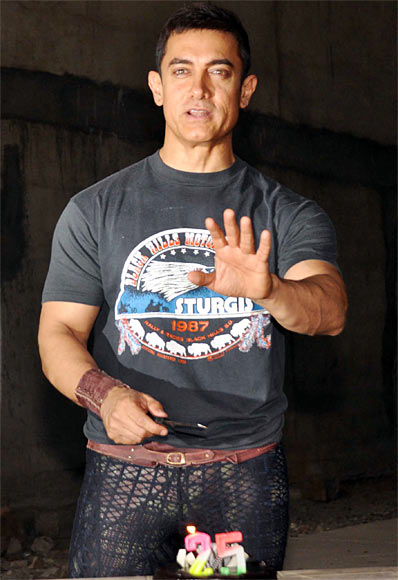 Image: Aamir Khan celebrates 25 years in the industry at at Filmcity
Sonil Dedhia in Mumbai

"It's hard to believe that I have been in the industry for 25 years!" exclaims Aamir Khan. The actor had invited the media to Film City, in the northwestern Mumbai suburb of Goregaon -- where he is shooting for Dhoom 3 -- to celebrate 25 years of his first big hit, Qayamat Se Qayamat Tak.

After the film released in 1988, Aamir's life changed in a way he never imagined.

Rediff.com listens in as Aamir chats about his memories of making Qayamat Se Qayamat Tak, his career choices over the years, and his recent meeting with Daniel Day-Lewis and Steven Spielberg.

Twenty-five years since Qayamat Se Qayamat Tak. How has the journey been?

It's hard to believe that I have been in the industry for 25 years. Time has really flown. I never thought I would become a superstar.

When I entered the industry, I was not sure whether I would taste success. It's a coincidence that the film industry is completing 100 years and I am completing 25 years (in the same week).

I am grateful to my uncle Nasir Hussain, who gave me my first film and Mansoor Khan, who directed it. 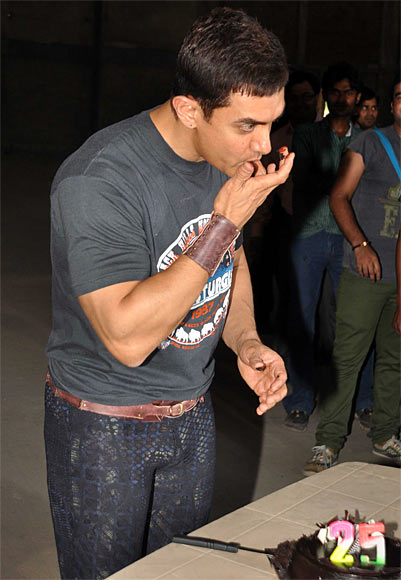 Image: Aamir Khan celebrates 25 years in the industry at at Filmcity

Do you remember the first day of the QSQT shoot?

We were shooting in the jungles of Ooty.

I clearly remember the scene when Juhi's character and my character go to sleep in the night and when I wake up in the morning, I can't find Juhi anywhere.

Kiran (Deohans) was the director of photography and he was ready with the shot. Mansoor instructed Juhi and me about the shot.

As soon as Kiran started to roll the camera, the whole place was covered with fog. We had to wait for eight long hours for the fog to go, and eventually, the shooting was called off for the day.

'Whatever I am today is because of the mistakes I made' 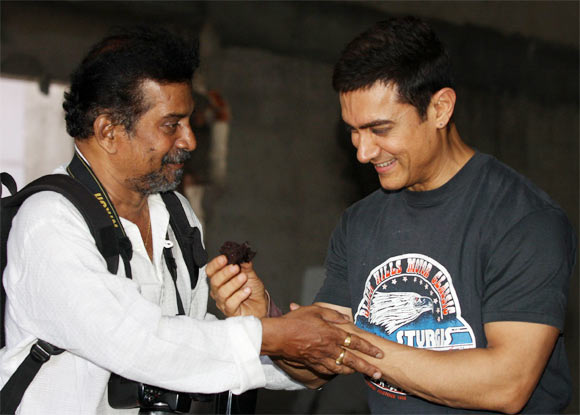 You have seen ups and downs in your long career.

When I entered the industry, I was confused about things that were happening around me. QSQT became a successful film and I became an overnight star.

Things changed completely after that.

People started recognising me and I tried to soak in the sudden success. The next three or four films weren't successful and it was a tough phase in my life.

How did you deal with the failures?

When my films didn't work, I got depressed. At the same time, I made an important decision in my life -- I told myself that I would not sign films for money or fame nor would give any preference to big banners.

I wanted to work in a film when I was confident of being a part of it. I was making my own path and not following what the other actors were doing.

People thought I was throwing attitude and that I would not last long. But I am glad I made that decision. I still follow the same principle. I do one film at a time and do not compromise on the quality of my work.

'I have always wanted to work with Dilip Kumar. Unfortunately, I never got a chance' 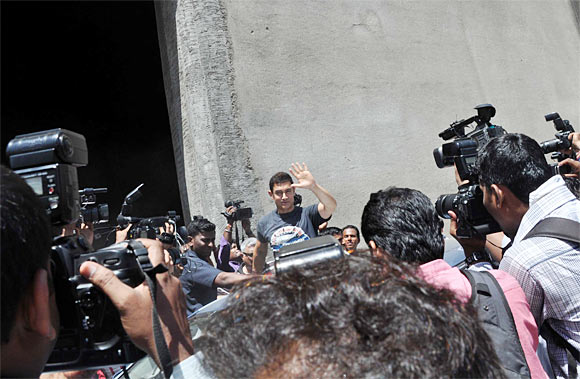 Image: Aamir Khan with the media

You have been named among the 100 Most Influential People in the world by Time magazine. You attended the celebratory dinner held in New York last week. How was it?

It is a big honour, to be among the top 100, and to meet the people who have had a good influence on our society.

I was especially happy to meet two people -- Daniel Day-Lewis and Steven Spielberg. I have been a big fan of Daniel Day-Lewis' work; he is such a brilliant actor. I spoke to him for almost 20 minutes.

Indian cinema is completing 100 years. Who has been your all-time favourite actor?

Dilip Kumar. I have always wanted to work with him but unfortunately, never got a chance. He has been a great influence in my life. I have learnt a lot from him.