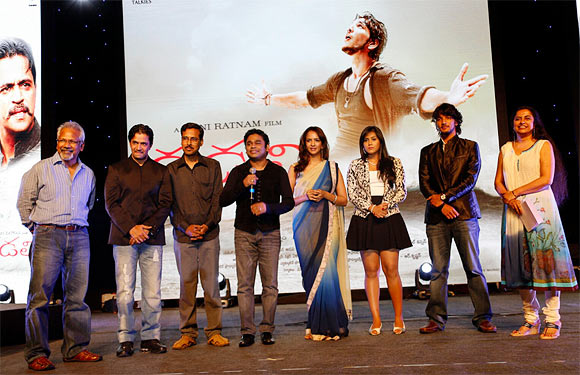 When Mani Ratnam makes a film, everyone hears of it and there's considerable curiosity about the newcomers he introduces.

The two newcomers in his forthcoming film Kadal, Gautham Karthik and Thulasi Nair, have been kept out of the spotlight till now and their stills were released only recently.

But they did not make a public appearance until the function to release the audio track of the film and the trailer in Hyderabad recently. Other thanthe two newbies, senior artistes Karthik, Radha and Arjun were also present as was Lakshmi Manchu.

The highlight of the evening was the musical performance by A R Rahman in a jam-packed hall. 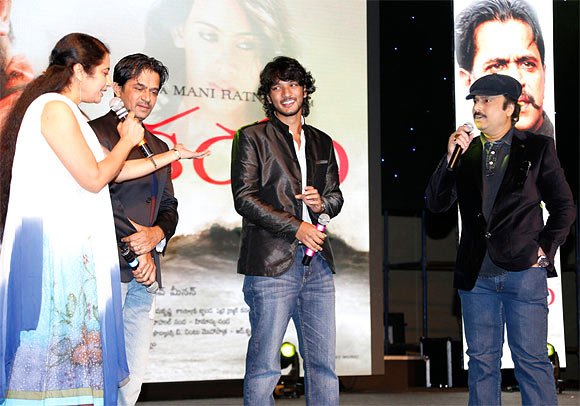 The event was anchored by Suhasini Mani Ratnam and actor Arjun.

Arjun spoke of acting in a Mani Ratnam film for the first time. "He's such a great director. It was a big experience. I was like a student, learning from him. He's so humble, and is a great technician."

The two new actors, Gautham and Thulasi, were introduced by their respective parents, Karthik and Radha. They said a few nervous words, but the crowd was waiting for Rahman to come on stage. 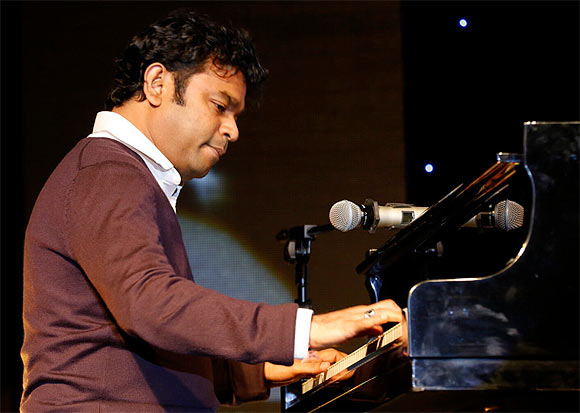 Rahman went straight towards the grand piano on the stage and sat down after waving to the crowd.

Rahman has been associated with Mani Ratnam over the last two decades having worked with him since Roja (which marked Rahman's debut). They share a good rapport.

Arjun asked him to play his favourite tunes, and he obliged with Chinna Chinaa Aasai and Vinara Vinara.

Sid Sriram from the Berklee College of Music sang Yadike from Kadali live on stage with full-throated emotion while Abhay Jodhpurkar and Harini rendered a mellifluous Patchani Thotta which the audience seemed to enjoy very much.

When asked about how he's able to deliver hits for Mani Ratnam, Rahman said: "He's my guru. He wants something not seen, not heard, and makes me think differently. I've tried to Indianise Christian gospel music which has a blues feel to it in Yadike. It was difficult but I'm glad it has worked."

The event also marked the launch of the trailer of Kadali.