Bhansali: My characters are a little off 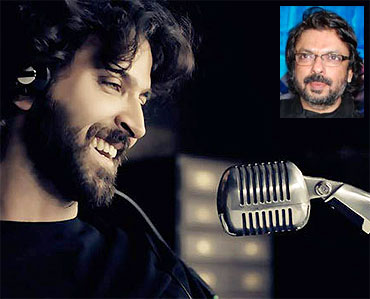 Sanjay Leela Bhansali is back after three years with his new film Guzaarish, dealing with the unusual subject of euthanasia. Starring Hrithik Roshan and Aishwarya Rai Bachchan, it will release this Friday.

In a candid interview with Sonil Dedhia, Bhansali talked about making the film, and why he didn't take his favourite actor Salman Khan.

How did Guzaarish happen?

I don't exactly remember when this idea of doing this film struck me. I was just scribbling down notes and suddenly it just struck me.

I narrated the idea to Bhavani, who is the screenplay writer for the film and slowly the idea started developing.

We started talking about the characters and other related things and finally we were clear of what we wanted to do and what I wanted to give my audience. We worked very hard for one and a half years, making notes on how to make songs, how to weave in entertainment in the script.

Any particular reason for choosing this subject?

I have always chosen subjects which are little different, and not subjects that you see. That challenges me and the actors who work in the project.

But you need to be attached to the subject too otherwise you won't do justice to it. Take any movie from Khamoshi to Black, I was always clear about my subjects.

I remember during Devdas, people told me that they had seen Devdas before, so what would be so different about this one. But I was convinced with the subject and that is what drove me. 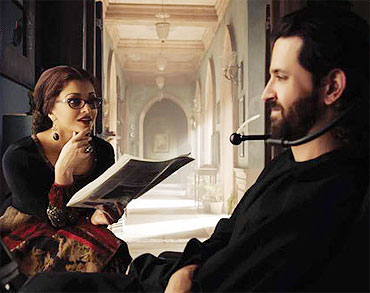 The subject of the movie is very sensitive. Did you have any apprehensions while making it?

Yes. It is a sensitive subject so it had to be narrated sensitively, in a certain manner.

On the other hand, it is also mainstream cinema so it has to reach the commercial audience.

Guzaarish is a drama. So it was challenging to showcase the drama, which shouldn't go on a very high pitch. And of course, the performance of the actors as they haven't done anything like this before. So to get the best from them was a challenge as well.

The mood of the film looks a little depressing from the promos.

There is nothing depressing about the film. It's a very sunshine film. The characters are full of life and smiles.

Yes, the promos are a little dramatic because the audience needs to be told that this is a drama and it's important to make the audience aware of the film's subject. There is a deep contrast to the intensity of the tragedy, so that's why the laughter and smiles carry more meaning to be able to smile while being in such a tragic situation. If you see the pictures and hoardings, you can see life with all its problems, contrasting with the smiles that you have to conquer them with. That is what this film is about. 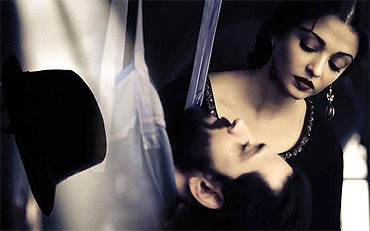 Nowadays when action and comedy are the flavour of the season, do you think the audience will accept a drama like Guzaarish?

I feel every kind of genre exists. People don't want to always see a comedy or an action film. If the film in a particular genre is made well, then it will see its share of success.

I feel people have seen their share of action or comedy this year. Now, they will want to see a sensitive drama unfold.  People do wait for different genres. They have become mature and I have faith in them that they will accept this genre too.

How did you zero down on Hrithik Roshan?

I could relate to Hrithik Roshan when I was scripting the film. He speaks through his eyes. He is the only actor I took the script to and he agreed. I don't think any other actor could have done justice to this character.

'I live my life through my characters. They become a part of what I want to say' 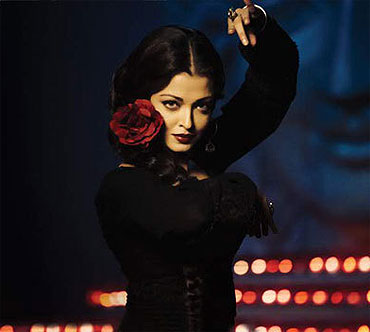 Why didn't you take the film to your favourite actor Salman Khan?

It's not that I felt Salman would not be able to do it but whenever I would write the script, only Hrithik Roshan would come to my mind. The character needed a certain kind of simplicity and vulnerability. You must always be convinced of casting; it should not be based on relationships.

Was another reason that you had already cast your favourite actor Aishwarya Rai Bachchan because you share a good equation with her?

No. I am working with Ash after eight years. She has evolved since then, and I was convinced that she would do justice to the character Sofia, who is a nurse and plays the epicentre of Ethan's (Hirthik Roshan) world. She fitted the character perfectly. There was no question of not going to her and offering the film.

What was the most difficult element of making this film?

The research was difficult. I spend the maximum time on research for any of my films.  I live my life through my characters. They become a part of what I want to say.

One of the most difficult scenes to shoot is the courtroom scene. But I can't describe it in detail.

'I am fearless when it comes to experimenting' 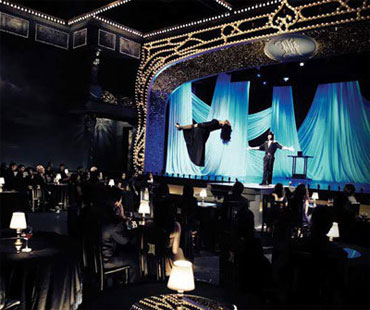 Sanajy Leela Bhansali is known to be very strict filmmaker. How far is it true?

It's nonsense. It's a myth. Every director gets angry but that is due to the difference in opinions with your technicians or actors. But that doesn't mean you typecast someone.

What made you direct the film's music?

It was a sudden decision.

Right form 1942: A Love Story (where Bhansali worked as an assistant director) to Saawariya, I have worked with various music directors and they have taught me a lot about music. So I wanted to use that experience.

One song that is very close to my heart is Tear Zikr Hai. It was composed on the sets while I was shooting another part of the film. I went and told Hrithik about it and he just loved the song.

Music has always been the highlight of your films. What goes behind it?

It is the joy of making music or singing a song.

I remember the title track of Hum Dil De Chuke Sanam was so slow for a pre-climax that people would laugh at me saying that who will watch such a slow song during the climax. But it clicked.

I am fearless when it comes to experimenting. I have always had conviction in the people I work with -- be it Monty Sharma or Ismail Darbar.

'Emotions and stories are not bound by time' 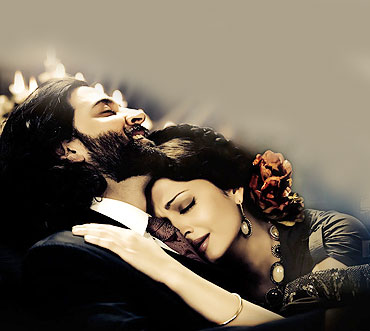 The scale of any SLB film is larger than life. What is the reason behind that?

I look at the simplicity of my film. It becomes grand due to a lot of reasons. How many people would work tirelessly for 14 years to keep the man they love alive? These are rare characters and my characters have always been that way. They are a little off, a little strange. They have a certain attitude to love and life. There are many layers to these characters.

It is said that Sanjay Leela Bhansali has his own style of making a film. Films like Black, Saawariya and now Guzaarish don't belong to a certain era. Would you like to experiment with a film which is different from your current genre of films?

They are not of a different era. They are just portrayed in a different way. Guzaarish is set in modern day Goa. It's just that there are certain aesthetics that gives one that feeling -- from costumes to direction to cinematography, they give a film its identity. And it is this identity that I work for.

Besides, emotions and stories are not bound by time. They are timeless.

My cinema is my world and it's my mind. It takes you to a different trip for two or three hours. I don't know if I will experiment with any other genre. I would want to do it but right now, what I am doing is working for me. I won't get up one day and say let's make a comedy film or an action film. It's just that time that will tell. How much of your mother's influence has it been in your films?

It's been tremendous. Even in Guzaarish, you'll see shades of her. She has been a great inspiration and prayer in my life. I have gone through a lot of failures in my life and have struggled a lot. But she has stood by me. One life is not enough to thank her.

How do you deal with critics?

I respect critics and take reviews positively. I think it is a very important part of a film and should not be biased. Sometimes it does hurt when you are completely trashed but it's a part of the industry.

As far as the audience goes, I think they aren't wrong. If Khamoshi hasn't worked as a film, there is something wrong with it. If Devdas or Hum Dil De Chuke Sanam or Black have worked, they must be good. The audience has no bias; they just want to see a good film.

It is said that the story is copied from an unpublished novel called Summer Snow by Dayanand Rajan.

It's completely false. I should know the person or should have read it. Tomorrow you can also say that you have story written with you at home which is similar to my movie. It's not fair. Besides, nowadays we see a lot of people trying to get cheap publicity. It's an unpublished novel and I haven't even heard about it.