9 things Salman Khan must have KICKed himself for! 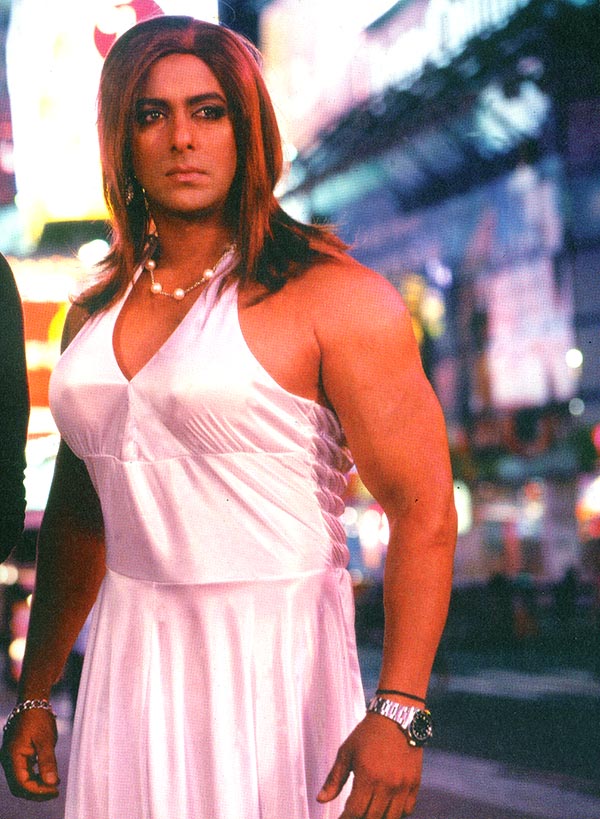 He maybe enjoying an outstanding run at the box office at present, with his Eid release Kick poised for a record-breaking opening week, even a star like him is not without a few skeletons in his onscreen closet.

Take a look at the ones we have dug out!

Take a look at these epic styling fails he's suffered in his eventful career spanning over two decades and decide!

Salman Khan in drag was definitely the least of this Shirish Kunder film's troubles.

Behold that sight for a moment, for a picture is worth a thousand words indeed.

If crimes of passion had a face, this would be the most accurate representation for them.

Also, it strikes as exceedingly amusing that Suryavanshi released in the same year as Rahul Roy starrer Junoon.

Did Salman source leftover werewolf hair from Junoon sets to play this flashback avatar in his own film? 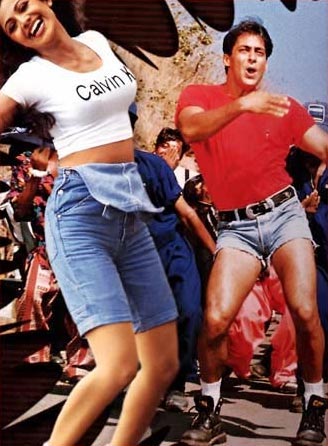 Unlike most of his contemporaries, Salman Khan was probably all too conscious of his youth and its fleeting ways.

So when he realised that he was at the peak of his physical form, he decided to immortalise it on 70 mm.

Various states of shirtless-ness are acceptable. 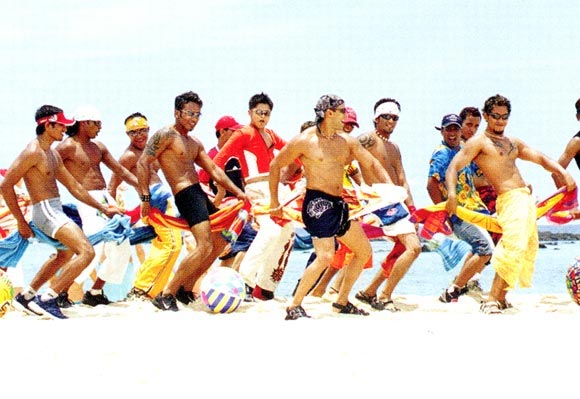 So clearly, Bollywood's penchant for over-explaining stuff transcends everything.

Yes, we get the subtext and profundity of 'jawaani,' and how once gone, it doesn't come back.

But Salman (or his choreographers) were too smart to leave it to chance.

Hence, those subtle pelvic thrusts AND the towel gesture, just in case we missed it. 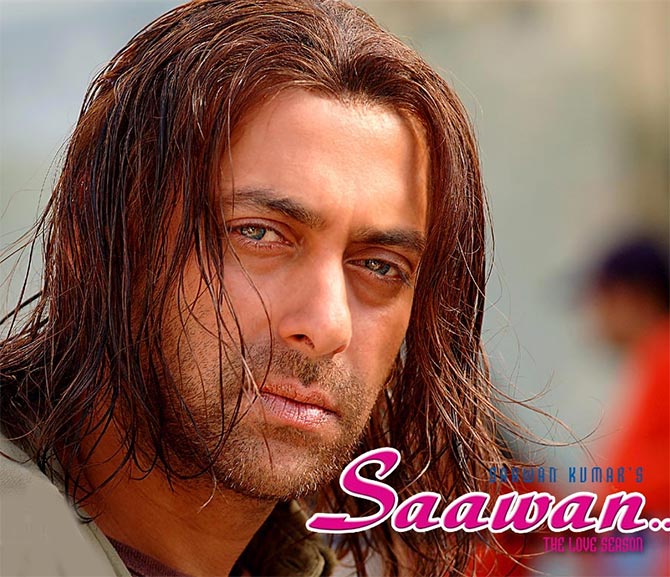 This film's title was based on its director Saawan Kumar's first name.

That bit of trivia is important because it puts a lot of things in perspective.

All of us now know where he, and this killer wig, are coming from. 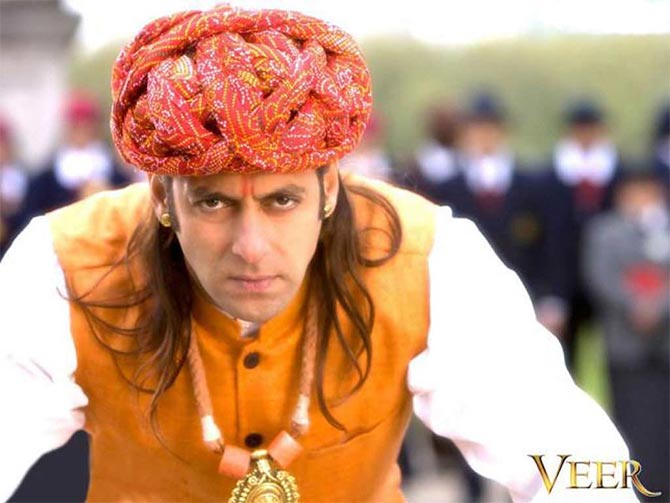 How do you explain this?

Before casting himself as the lead in Paheli, Shah Rukh Khan offered it to Salman and snuck the role right from under his turban when poor Bhai turned up on the sets, in character. 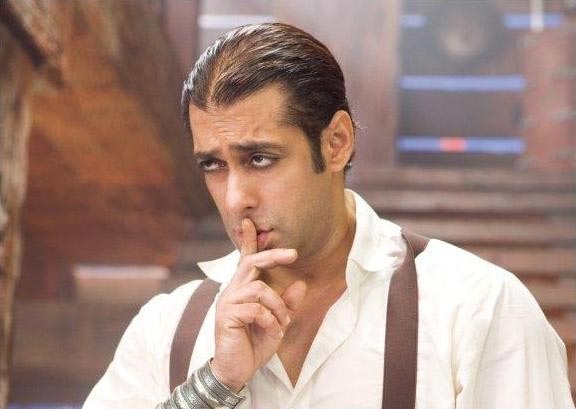 If it was, it certainly makes SRK's midlife crisis look good. 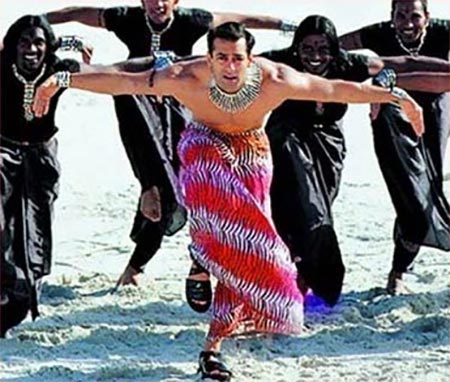 Human incarnation of a heavenly being who can fly on certain days of the year.

Even the backup dancers are amused at their hero's plight. 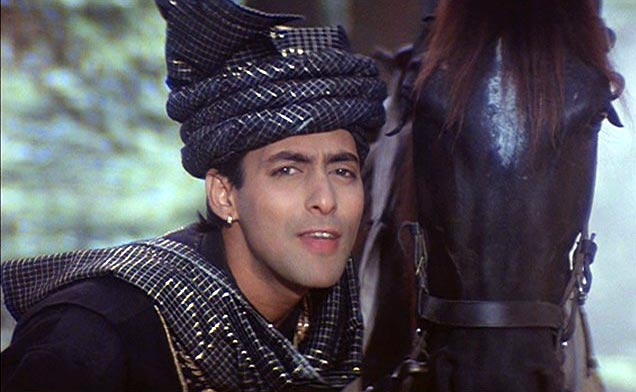 He wants his costume back.