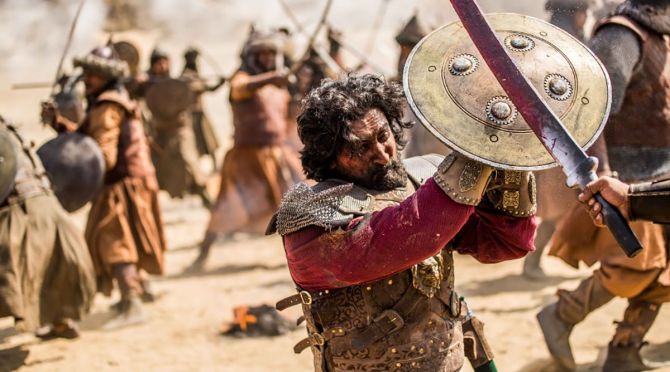 ‘Zindagi maut se aakhir kitna lad le jeet maut ki hi hoti hai (Life can fight as much as it wants, in the end it is Death that will prevail),’ a resigned voice muses over the visual of a conqueror at the centre of a raging battle of his own design.

Dejection looms large in The Empire; a feeling of ennui envelops a lyrical ruler’s constant state of 'to be or not to be'.

Its unfortunate impact can be felt on the eight episodes based on the first book of Alex Rutherford’s Empire Of The Moghul series -- Raiders From The North, adapted by Bhavani Iyer (Raazi, Lootera).

What has the meat for evocative exploration on an imperial existential crisis is reduced to the whines of a king unable to enjoy his achievement or display the degree of dynamism expected from the founder of the Mughal Empire in India and the author of an extraordinarily personal memoir, Baburnama.

At the same time, it’s decidedly refreshing and laudable to see how the show, streaming on Disney Hotstar, steers clear of any kind of Islamophobia by rejecting any allusions to religion or faith.

Series creator Mitakshara Kumar, whose previous experience as associate director of Sanjay Leela Bhansali’s Bajirao Mastani and Padmaavat, conspicuously reflect in The Empire’s ideas and aesthetics, is striving for a contemplative tone but the upshot is mostly sluggish with occasional moments of sparkle.

Padmaavat itself is derivative in its portrayal of Alauddin Khilji, as the dishevelled, ferocious, tribal warrior, mishmash of Dothraki and Thorin Oakenshield exulting in his depraved, deadly ways. And the same character brief is followed by Dino Morea’s brutish Shaybani Khan, antagonist to The Empire’s central protagonist, Badshah Babur (Kunal Kapoor).

The Fergana (now Uzbekistan) native’s journey from a teen prince forced to ascend the throne at his grandmother’s behest, following his father’s untimely demise, to a young king in exile, wandering in pursuit of a kingdom from Samarkand to Kabul until he sets his eyes on invading India resulting in the first battle of Panipat, constitutes The Empire’s slow moving, haphazard first season.

Though its first episode kickstarts with the all-important Battle of Panipat in 1526, the events preceding it are entirely ignored for a nondescript Rajput, Delhi sultanate presence -- no Rana Sanga, a barely there Ibrahim Lodhi.

The next generation arc is as tacky as its VFX execution.

Its lacklustre action pieces and choreography add to the monotony of an overwhelmingly brooding narrative. All those legendary blocking tactics and gunfire technology one read about in textbooks and comics find a cursory, dull depiction.

A lot of details are gobbled up and sub-plots are rudely cast across its untidy chronology of incoherent flashbacks and generational jumps.

While the period drama faithfully observes its historical fiction roots, it resists any possibility for exciting subversion or detailed depiction of strategy and warfare.

Instead, the same old threads of a classic family melodrama weave a yarn of done-to-death chapters of jealousy, duty and betrayal over a perennial game of thrones.

Its wannabe attempts to emulate the deceit and violence of the popular HBO show -- tossing in elements of rape, torture, abuse, paedophilia, suicide, maiming and even a character modelled on Varys -- are much too diluted to shock or disturb.

The acting ranges between stiff and showy.

Babur’s love for nature and nostalgia for his homeland are key to his soul-searching temperament. Neither find a mention in the writing.

Sometimes actors convey the unsaid, but not Kunal Kapoor. His mild mannered monarch fails to hit a chord.

Dino Morea’s amused expressions suggest he’s enjoying the role playing but lacks the edge or depth to make Shaybani’s contradictions and complexity of interest. Still, the equation between him and the fantastic Drashti does arrive to curious conclusions.

At one point, the fiery actress lands a tight slap on Babur’s face to get things done.

The Empire could have done with some shaking up too.

The Empire is streaming on Disney Hotstar. 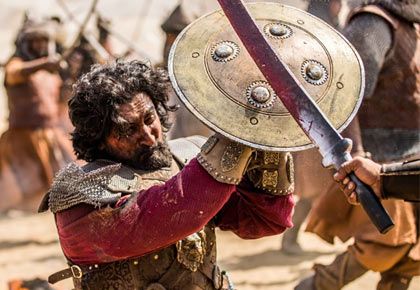