'Bypass Road goes around in circles and gets nowhere,' declares Sukanya Verma. 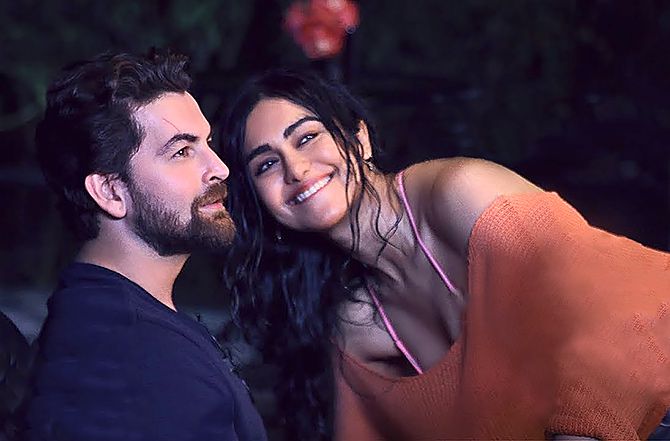 Even the most threadbare thrillers start out curiously.

But as the master of suspense Alfred Hitchcock once said, 'There is no terror in the bang, only in the anticipation of it.'

Bypass Road goes around in circles and gets nowhere in its long-winded pursuit of who did it.

By the time its loopy big reveal is delivered, I was so exhausted I wanted a stretcher to carry me home.

Bypass Road's crash, boom, bang opening marks a series of ominous events when a fashion designer's car accident coincides with a supermodel's suicide, leading to police investigations. That lays the foundation for a typical whodunnit.

Their meaningless fling could spell trouble for the man now engaged in a dull romance with his company intern (Adah Sharma, superfluous). She reads him Harry Potter in hospital, he makes fun of her fashion sense.

A jilted fiancé (Taher Shabbir, inconsequential) on the loose, strained daddy ties (Rajit Kapoor, adequate), his sly trophy wife (Gul Panag, hams) and a bitter paramour (Sudhanshu Pandey, ho-hum) thicken the plot whereas a long-time house help, an oblivious step sister and a cop (Manish Chaudhari), who looks like he has read too many murder mysteries and solved none contribute to its not-so-complex web of lies, unsurprising deceit and engineered motives.

When not consumed by relentless red herrings and misplaced eeriness, Bypass Road adopts a non-linear narrative for superficial style.

But all attempts at ambiguity immediately fall flat in its eagerness to explain itself immediately after.

Instead, the flashback rut and excessive use of match cuts in its editing pattern dilute whatever little technical finesse Bypass Road is aiming for.

Suspects galore yet no real motive proves to be Bypass Road's biggest undoing.

A done-to-death mystery sans thrills or stakes, Naman Nitin Mukesh's directorial debut lacks the cunning and charisma that can turn the most cliched scene of crime into riveting cinema.

Not unintended hilarity like an individual of equal financial footing, who lives and looks fancy enough, having a stack of Rs 2,000 notes flung at his face like some two-bit blackmailer. Or dialogues straight out of two middle schoolers fighting, 'You can't finish me because you're finished.'

Speaking of shoddy writing, there's even an uncalled-for reference to #MeToo.

The way Bollywood casually uses it for intimidation reflects how irresponsibly the movement is perceived within the industry.

Instead of sensitivity, it's subject to misappropriation and mockery.

Naman displays a flair for the more cosmetic aspects of film-making.

The sprawling home Vikram resides in or the telling frames captured in Fasahat Khan's camera do well to give Bypass Road a semblance of disquiet. These favourable aspects also become a source of monotony as Bypass Road hits a creative dead end.

As if to show he's more than a punchline for pigeons (refer to the Housefull 4 review) Neil Nitin Mukesh acts, writes and co-produces Bypass Road.

The actor looks dapper in his sharply tailored wardrobe fitting of a fashion house aesthete and equips his taciturn character with some heft.

His writing skills though are an altogether different story.

No amount of thunder and lightning, cats and threats, conveniently forsaken homes to carry out a long-drawn-out clash between masked intruders and wheelchaired victims (something the recent Game Over did so well) can chart Bypass Road's bumpy course. 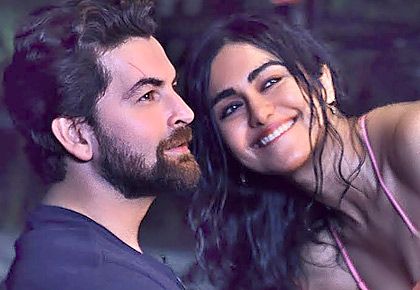