For die-hard romantics only 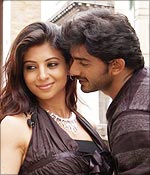 The title of Mundhinam Paarthene, a light-hearted romance from Seventh Channel Communications is taken from the Harris Jeyaraj hit number from Vaaranam Aayiram.

The film directed by Magizh Thirumeni has lyrics written by Priyan, Viveka and Rohini and the music by Thaman S. So what's the album like? Let's find out:

Indre Indre, rendered by Ranjith, begins with a chorus to the accompaniment of guitar strings, and with a slight crescendo, tumbles into an appealing flute segment. The pace is steady, unruffled and there's a muted enthusiasm about the number that makes it a pleasant listen. Melody-wise, it conforms to many romantic numbers you've heard in recent times, although the sax segment at the end is refreshing.

Krish's melodious voice begins Pesum Poove, and it makes an intriguing combination. Suchitra provides accompaniment, and the instrumental arrangement takes you to right to psychedelic lights of the dance floor. The lyrics are catchy as well, particularly when the number switches to a breathless beat. The instrumental medley in the second segment has a disco flavour, and yields well into the charanam. Altogether, a neat and appealing number.

Guitar strings begin the briskly paced Manadhin Adiyil, sung by Priyadarshini, who uses her deep voice to good effect. The brief violin interlude in the second segment is pleasant, and the lead up to the charanam is neatly done. This number, though, is no great variation from the previous two; there's a sense of deja vu as the notes move predictably.

Maya begins with an almost angelic chorus as Naresh Iyer and Janani sing to the soft strums of guitars and a steady pace that takes you right back to A R Rahman's early compositions, like Putham Puthu Bhoomi Vendum. It's peppy, enthusiastic, yes; the flutes and guitars help to create a candy-floss atmosphere of rosy romance but it's an oft-repeated melody, and follows the terrain of today's romantic numbers.

Just when you were beginning to tire of the sugary-sweet notes of the previous numbers, comes Kanavena, sounding slightly anguished and romantic by turns, with piano notes that tumble across the number. Haricharan and Suchitra take turns to deliver almost breathless vocals that are interesting.

You sit up in surprise as Mundhinam Paarthen begins in an almost Broadway fashion, complete with quaint piano notes and sax segments; Thaman's rather nasal voice fits well with the song; the whistles add the right touch. There's an old world charm to the tune that lifts your spirits. This, you guess must be the signature tune of the album and although it descends into mediocrity after a point, the first few notes of the song keep lingering.

Thaman has tried to experiment with his repertoire and has it in him to produce interesting music. But this particular album is a little too full of candy-floss and familiar tunes, which is probably what the movie requires. Die-hard romantics will like this one. 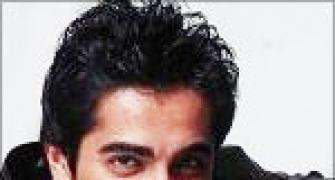 Want to be a Roadie? Learn from a winner 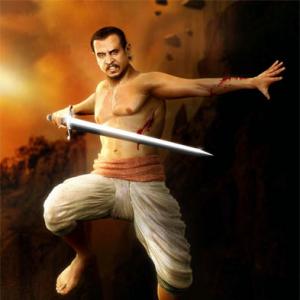