Va Quarter Cutting could have been funnier 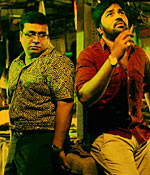 Director duo Pushkar-Gayathri made waves right with their first movie, Oram Po, the zany couple had a knack for combing craziness with angst, and it worked. This time around, they're back with a comic caper Va Quarter Cutting  meant to be a quirky take on Chennai's night-life.

It's certainly got the best out of its technical crew: Nirav Shah's camera practically whips through the city and its neon-lights all night, screeches through alley-ways, bars, brothels and dumps alike, making sure that Chennai is as much a character as anyone else; the lighting is somber, garish or downright unearthly by turns.

G V Prakash and his alcohol-tinged songs raise the roof  Saarpu Saarpuji and Unnai Kann Theduthe are particularly appealing while Thedinaen is melodious (even if the background score is a straight lift from Sherlock Holmes), even the art-work catches your eyes, especially during the song sequences and the Barbie-meets-Wizard-of-Oz sets for Thedinaen.

The story is simplicity itself, with a premise that's interesting, not to mention the huge hilarious possibilities: it's a journey of love, an unrelenting quest for what's probably at the top of the to-do-list for a young man with a love for alcohol  just one Quarter Cutting.

Sundarrajan aka Sura (Shiva), a Ilaya Thalapathi Vijay devotee (with a shark tattoo on his chest) arrives in Chennai to board a flight to Saudi Arabia and hopefully, glorious job opportunities. Staying at the dingy home of his sister and her affianced husband Marthandan (S P Charan),

he aches for a "cutting" before he leaves for Saudi early next morning where, as he informs the whole city at various times, he's unlikely to get either wine or women.

Thus begins a half somber, half amusing caper with shades of everything from ancient Bond movies, glaringly colourful 70s B movies with even the requisite polka-dot shirts, red-clad prostitutes and of course, endless almost-encounters with the elusive Quarter. Every attempt by Sura and Marthandan to get their hands on a bottle ends in disaster, as they battle rabid politicians, an irate police officer Singari (Abhinayashree), and Prince, a Michael Jackson wannabee who gambles (John Vijay). They also run into the suicidal Saraswathi (Lekha Washington) who asks to be dropped off at Napier Bridge so she can fall off it (she's failed her Plus Two exams thrice and doesn't want to live).

For a script that's this promising, though, plenty of problems arise. It's supposed to be a bizarre look at Chennai's night-life and the story relentlessly zips through all the unsavoury areas but there's not much of genuine humour in many situations. Some sequences appear forced, conversations lack spice, and involve lots of monologues by secondary characters which seem to have little bearing on the story. And then there's the language: tongue-in-cheek at times, hilarious in others but some are downright lewd. This film is definitely meant for "mature" audiences!

The leads themselves have had a ball, and its shows: Shiva is perfect as the disgruntled young man with nifty one-liners; it's his body language and delightful performance that salvage the script.

S P Charan puts up with a lot of ribbing about his clean-shaven looks with a charming smile and actually saves the day once or twice. Lekha Washington is the cute, dumb blonde who wears a raincoat to jump into a river and she plays up very well by having the random bright idea. John Vijay hams to the hilt as the script demands it, while people like Craig pop in and out for no reason. And Arya makes a surprising and rather cool cameo.

Va Quarter Cutting certainly has its moments of brilliance (due to Shiva's own performance). But there are also moments when it becomes mundane, irritating and loses pace. And it's these moments that prevent it from being a completely enjoyable experience. 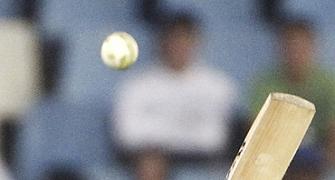 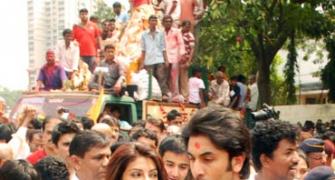 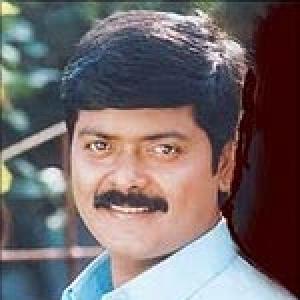 Murali: Mourning the loss of a mild-mannered hero