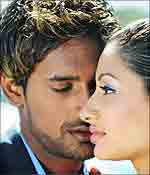 Remaking classic films is not easy and more so one in which Kamal Hassan starred.

It goes without saying that the new-age Maro Charitra is no patch on the original except for its visual grandeur. Balachander's Maro Charitra (the Hindi version Ek Duje ke Liye made a few years later too was a stupendous hit in the north and marked Kamal's debut in Hindi) was an emotional story between two lovers who fight against all odds especially against their parents but ultimately end their lives tragically.

It's not easy to replicate a tale which is already told and more so crafted by a master of emotions -- K Balachander. It requires guts to think of remaking Maro Charitra and the boldness to tell the tale well. Dil Raju and Ravi Yadav embarked on the project boldly setting this Telugu film in the United States but failed to do justice in the execution.

Most people (particularly the older generation as the film released in the late seventies) are familiar with the story of Maro Charitra. Balu (Varun) and Swapna (Anita) are neighbours and love each other. But their parents (Balu's father and Swapna's mother) are dead set against their marriage. They want them to separate but the lovers want to be together. They sign a contract whereby they will not talk, chat (on the net) and see each other for a year.

At the end of the year if they fulfil the conditions they will get married. The lovers part but there is the entry of Maddy (Adarsh), a relative of Swapna who tries to play villain. Attempts are made to create misunderstandings wherein Balu even seeks the company of Sandhya/Sandy (Shraddha Das) when he sees the engagement photographs of Swapna and Maddy (courtesy Maddy). Will the lovers unite on the appointed day?

The new version is made contemporary by setting the tale in the United States and making Balu an NRI. The situation has changed since the original movie and people and society have moved ahead. Therefore the inter-caste (Brahmin non-Brahmin) reason sounds dated. Also, it's not strongly built up. Here it seems more of a neighbour-neighbour rivalry rather than a solid reason for the opposing of the marriage between the two. 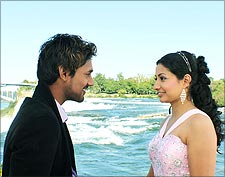 The original Maro Charitra had a lot of poignancy in the tale. It was also genuine. The film had a kaleidoscope of emotions which tugged at the heartstrings. In the remake the director builds up the love too fast and hence onwards it doesn't seem like 'pure' love.

Director Ravi Yadav seems to have concentrated on the cinematography and paid less attention to the screenplay and direction. At times the film tends to slow down in between and even drags. Yadav somehow does not bring out the nuances of the emotion of love in the film. And in the end he spins out a mish-mash.

Varun Sandesh looks the image of a cool dude. But it's not easy to step into a role essayed by the actor Kamal Hassan. Comparisons are odious but expected. Varun has definitely put in effort for this film but there is always scope for improvement. Newcomer Anita looks fresh but doesn't really have an impact. Shraddha Das looks lithe and glam. Adarsh is convincing as the baddie.

The main strong point of the film is cinematography by Ravi Yadav. The film is shot in some picturesque locales of the United States, particularly the Niagara Falls and Buffalo. The Niagara Falls is a constant leitmotif in the film. Mickey J Meyer's music, particularly the orchestration in some songs lends a grand and symphonic feel. Here too, many may compare the music to that of M S Vishwanathan's music. The two songs -- Ye Teega Puvvuno and Ninnu Nannu -- are re-set to fresh music by Mickey. Technically the film is strong, it's only the script which is weak.

Somehow the remake seems bereft of the spirit and soul which characterised the original! 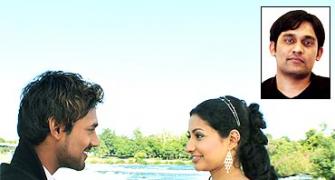 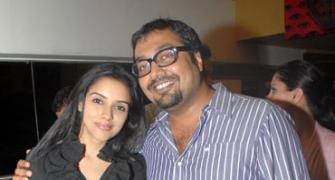 Countdown To Zero in Mumbai!
NSA on Varun: SC notice to UP government 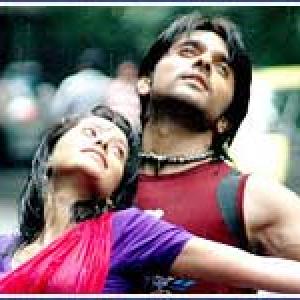 Love, sex and horror rule at the box office