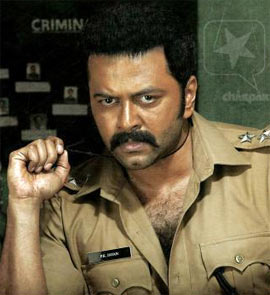 The dryness in your throat, the dread you feel, the idealism you experience is real as you watch Left Right Left, director Arun Kumar Aravind’s new venture scripted by Murali Gopy.

The film can be described as intense, gritty, real, brave and most of all, honest. It depicts the degradation of politics today and tries to analyse where it all comes from, justifying the tagline ‘Revolution is home made.

The film shows the thinking of three generations and how it shaped the lives of the individuals. Kaitheri Sahadevan (Hareesh Peradi) is a satrap of a leftist outfit who does not mind bending the rules and sacrificing the principles on which his party is founded. He was born in acute poverty and faced discrimination because of it. He is corrupt and unabashedly wrecks violence on his detractors.

Then there is Jayan (Indrajith) who joined the police force to get power and make money. He has a deviant personality and cannot control his anger or violent outbursts. He is in love with a nurse, Jenny (Remya Nambeesan), a single mother with a suspicious past who uses Jayan to get rid of her abusive partner Mathew (Saiju Kurup).

Roy Joseph aka Che Guevara Roy (Murali Gopy) is a victim of student violence and is partially paralysed. He has high ideals and still holds his ideals close to his heart. He is married to his college sweetheart Anitha (Lena), a teacher of journalism who takes care of him.

The stories of the three characters are seamlessly woven into the plot which succeeds in holding the viewer’s attention. There are several minor characters that add to the interest of the story such as Jayan's mother (Sethulakshmi) and Sreejith Ravi and Sudheer Karamana, comrades who are running for their lives after exposing the corruption of the leader in their tabloid.

It’s difficult to accept the claim of the film maker that Left Right Left is non-judgemental and passively observes currents events. The resemblance to living people (in spite of the legal disclaimer) is obvious in some instances.

Every actor is top notch regardless of the screen time they get. Indrajith as the wacky police officer does score a few more brownie points as he gets the most intense and delightful lines in the film.

Murali Gopy is a simmering volcano under a calm demeanour. He brings out well the character’s agile mind that can see the future but can do nothing to change it.

Lena and Remya Nambeesan are both good in their roles which have depth and substance.

Left Right Left is a riveting piece of filmmaking. 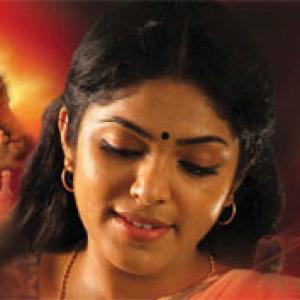 Review: August Club Since 1969 is nothing great 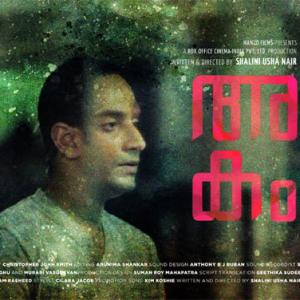