Eega is a reincarnation tale crafted on a grandiose scale with spectacular visual effects, brilliant acting, top-notch cinematography and melodious music, all brought together by director S S Rajamouli.

Rajamouli has not only created an outstanding piece of cinema, but one that is entertaining and keeps audience glued to the screen. The technical brilliance of the film speaks volumes for the hard work that has gone into its making.

Eega has shown that a film can work without the aid of superstars, relying on good content and graphics.

The tale is a simple and straightforward one. Nani (Nani) loves Bindu (Samantha), who runs an educational non-proft organisation and is also into micro art. She however does not reciprocate his love.

Sudeep (Sudeep), a businessman, donates money to Bindu's organisation and lusts after her. He is a ruthless, merciless guy who kills Nani. This happens just as Bindu realises she is in love with Nani. After his untimely death and unrequited love, Nani is reborn as a fly. The rest of the film is a revenge drama between the fly (Eega ) and Sudeep.

It's really interesting to see the 'battle' between the two. The antics of the fly, the path it takes to torment Sudeep, the reaction of a harassed Sudeep, are riveting.

The vendetta drama seems a tad prolonged in the second half, especially the aghora bit, but on the whole it's a delightful and enjoyable film.

Rajamouli should be given brownie points for building on an idea of his father, S S Vijayendra Prasad, to create such a wonderful, universal film. He ensures that the entertainment level is maintained throughout. The climax is amazing.

Keeravani's songs and background score are well suited to the story. Senthil Kumar has done a fantastic job with his camera. It's quite tough shooting a film of this nature and some of his frames are breathtaking. Kotagiri Rao has done some crisp editing.

Makuta Graphics deserves a special mention for their praiseworthy graphics. The fly, the star of the film, is made to look and behave like real. Its mannerisms are so human, it acts and even dances! Truly, graphics of international standard.

Sudeep is such a delight to watch on screen. This film marks his debut in Telugu and Tamil. Playing an antagonist with no one against you can be tough and Sudeep has done a terrific job. Eega has to be watched for Sudeep if nothing else.

Eega is a film for the family. Rajamouli surely delivers a winner. Don't miss it! 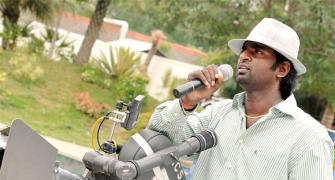 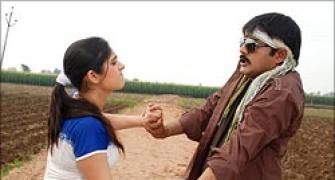 Review: Give All the Best a miss 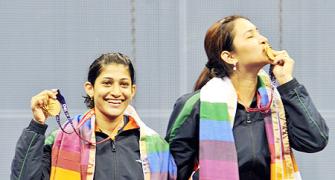 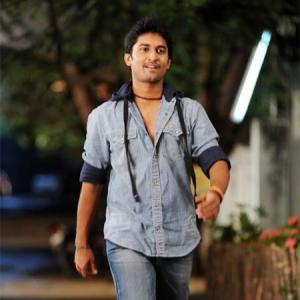