Simmba Review: Little to roar about

Sukanya Verma wishes film-makers would stop using rape as a plot point to execute reckless ideas of justice.
Especially when it has little to do with social sentiments but more to flaunt its leading man in a valiant, chest-thumping, light. 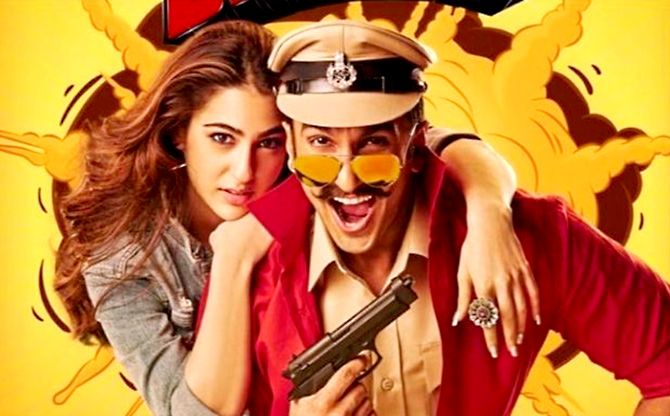 Wouldn't it be nice if Bollywood stopped pretending it cares about women?

It's almost the end of 2018 and I wish our film-makers would stop using rape as a plot point to execute reckless ideas of justice. Especially when it has little to do with social sentiments but more to flaunt its leading man in a valiant, chest-thumping, light.

I also wish they wouldn't cast a woman if her sole purpose is to give the titular male someone to dream about or dance with.

And if Simmba's final few minutes are any indication, there's already one too many men to carry forward Rohit Shetty's khaki-themed justice league.

In his latest, a corrupt police officer discovers his conscience in the middle of the movie.

Right away, he slips into a previously untouched, super tight uniform -- perhaps the extra kilos can be attributed to all the lunch dabbas Sara Ali Khan's catering service keeps delivering him from across the road -- and clobbering all the baddies he took bribes from before he turns a new leaf.

Ranveer Singh's Simmba -- short for Sangram Bhalerao -- is crafted in the bribe-accepting tradition of Amitabh Bachchan in Shahenshah and Anil Kapoor in Ram Lakhan sans the chutzpah or characterisation.

Ranveer has got strapping charisma and hyperactive energy, but his consciously phony zeal is better suited for a chat show whereas the excessive Maratha overtones are insufferable after a point.

He does make a moment out of teasing Ashutosh Rana (far more subtle than anything else in this movie) to the tune of a 1995 Rahman ditty. But his parodical performance never goes beyond the grasp of a 1990s fanboy to acquire a life of its own.

The difference is most notable when Ajay Devgn's Singham shows up in a swaggering cameo to save Simmba -- the movie and the man. Too bad he's 160 minutes too late.

Until then, one has to endure Sonu Sood growling murderously over his slain relatives for the umpteenth time.

Simmba's official source of inspiration -- the Telugu superhit Temper, is hardly staggering stuff. But at least it wasn't trying to rise above its farcical stature as a star vehicle revelling in NTR Jr's brash heroics.

Simmba's attempt to seem 'woke' is problematic and falls flat on its face.

Rohit Shetty swaps leaping jeeps and fluorescent hues for lectures on 'raise your sons right' and 'death penalty for rapists'.

All this purported sensitivity does little to conceal its heavy-handed drama where every now and then, someone is guilt tripped to stand in the assaulted person's shoes and the word 'rape' is endlessly repeated.

During an absurdly staged encounter, the cops provoke the culprits by crudely taunting their manhood while inside the courtroom a lawyer states, 'They raped her in a fit of rage', sounding more defensive than disgusted.

If this is cinema that roars, I am happy watching cat videos. 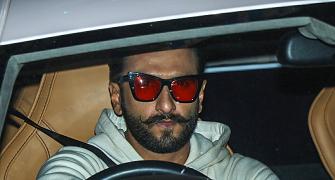 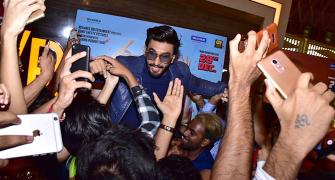 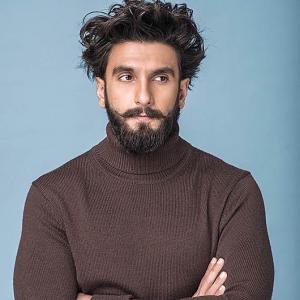 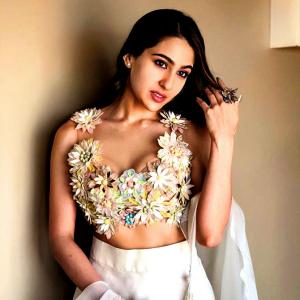