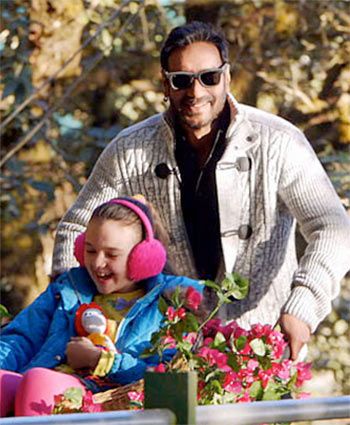 Devgn’s directorial venture Shivaay is ambitious to a fault. Almost every single scene of its foolish script is designed to showcase his bravado and appeal at the expense of content and coherence, feels Sukanya Verma.

Knocked to the ground, Ajay Devgn violently breathes against a sheet of snow. Not too far away from this gasping person lies a hand knitted doll and a bunch of blacked out fellas.

It doesn’t take an instruction manual to make sense of the situation. Although it would certainly save an enormous amount of time if only he had straightaway resumed the pursuit for his abducted kid from Russian human trafficking mafia and spared us of dull, dispensable details.

But Devgn’s directorial venture, Shivaay is ambitious to a fault. Almost every single scene of its foolish script is designed to showcase his bravado and appeal at the expense of content and coherence.

And so what follows is a flashback to nine years ago.

Whatever emotional heft this backstory means to offer obviously cannot be achieved till there’s an aerial shot of Devgn and his bare, heavily tattooed torso lying flat against a snow-clan terrain or a close-up of him tripping on the contents of his chillum.

His Shivaay is something of a star mountaineer in the Himalayas (Does Bollywood know any other kind?), at least among the locals who rather shhhpeak than speak or enamored foreigners taken in by his “hot and sexy” grunginess -- one Bulgarian woman (an exasperating Erika Kaar) in particular.

All it takes is a glimpse of Shivaay’s striking tattoos and she’s anxious to invite him inside her tent to presumably get a better view. This tent business continues to flourish after an avalanche leaves them stuck in an ice groove.

Unforeseen pregnancy is the prerogative of most Hindi film scripts; it’s triggered countless uproars and rifts in romance. Ditto for Bulgarian woman with little desire to change her visa from tourist to permanent resident.

She leaves her baby girl in daddy Shivaay’s care and catches the first plane back home -- yep, the same child who’s languishing in captivity while we go through her family history in this never-ending flashback.

Another song shows up to announce nine years have passed since and the girl’s grown up into Gaura (an exasperating Abigail Eames).

Devgn probably realises the audiences wont survive another two hours of one more Caucasian blabbering in accented Hindi so he writes the daughter as a mute who’s inherited her mom’s complexion and father’s passion for trekking.

On discovering her mother’s true identity and whereabouts, the youngster insists on a trip to Eastern Europe. You do too. This flashback has got to end.

Once in the Bulgarian capital of Sofia, Shivaay slips into Taken mode and Devgn gets busy hunting down the men responsible for kidnapping his girl sans the coolness Liam Neeson inspires. Devgn’s U/A exploration of Bulgaria’s murky underworld and flesh trade neither digs deep nor shocks to have any major impact.

Whatever curiosity a certain Ducati riding, PSP-playing hit man in Jack Sparrow’s eye makeup arouses crashes when he turns out to be a toothless punch bag positioned to further flaunt Devgn’s pummeling prowess.

Throw in an Indian girl from the embassy (Sayesha Saigal, sweet girl, horrendous role) dreaming about her wheelchair bound father and a stranger she’s drawn to while lying in the bathtub. To make it even more bizarre, says lines like ‘I don’t know what I am saying’ after gabbing something about how a fabulous father is bad thing because of the unrealistic expectations it creates in choosing a life partner (characterizsed in Vir Das’s unfunny geek take.)

The said father (Girish Karnad) is no less weird. Somebody’s got to take a stand; he cries righteously and literally attempts to stand on his wobbly two feet during one of Shivaay’s many unintentionally hilarious moments.

It’s a miracle he doesn’t start walking. Things have a way of inexplicably happening in Shivaay, like Devgn finds just the gear he needs in the back of a stolen truck to show off his mountaineering tricks in the climatic action sequence.

In the actor-director’s self-indulgence and obsession with daredevilry and deadpan actors, Shivaay’s emotional instincts take a backseat. What comes through is a phony father-daughter relationship that no heartfelt Mithoon song, hastily manufactured tears or sloppy manipulation in the over-the-top final scenes can salvage.

Except it’s a rather tiring image bereft of dynamism and imagination. Noise is no substitute for robust.

The venue of action shifts from snowy landscapes to neon lit red light districts to fast-moving traffic to a run-down amphitheater. Visually speaking, it looks mind-blowing, Aseem Bajaj’s camerawork is top-notch and Shivaay’s saving grace, but the choreography is frustratingly inadequate and worn-out.

One can predict the knocks and punches and dives and VFX-aided saves without as much as batting an eyelid. Although I liked that one long take chase around the police headquarters, at best Shivaay is a terrific looking terrible film. 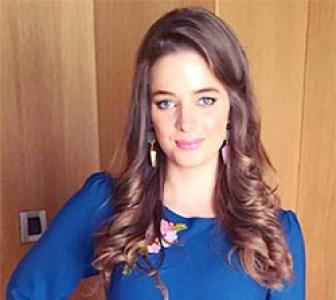 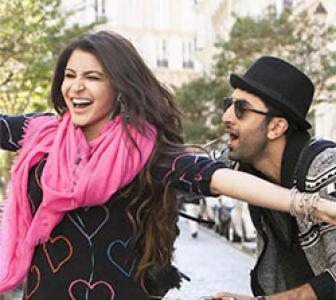 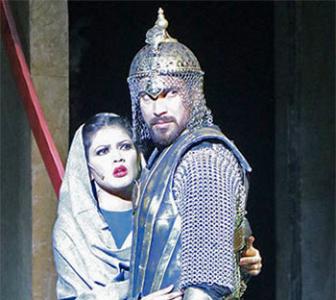 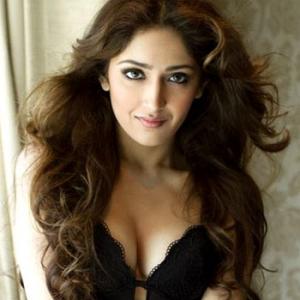