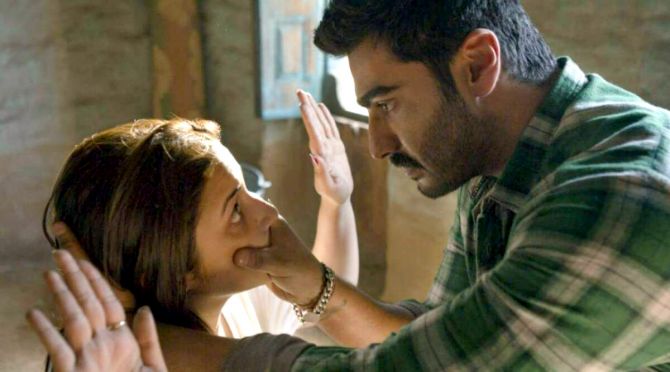 Sandeep Aur Pinky Faraar has finally made it to the theatres two years after it was originally slated to arrive.

Honestly, I did not have much hope since the promo was totally out of place.

In fact, I had wondered how it was actually approved by the powers that be.

But I was in for a pleasant surprise within first 10 minutes of the film.

It continued to surprise at many junctures and by the time the Dibakar Banerjee directed film came to a close, I was totally surprised.

For those looking for content-based, entertaining cinema, Sandeep Aur Pinky Faraar turns out to be a satiating affair.

The masses may find it slow, but for the target audience for whom the film has been designed, this is more of an immersive experience, and comes close to the kind of narrative adopted in the Web series Pataal Lok.

If Jaideep Ahlawat was the protagonist there, in Sandeep Aur Pinky Faraar, he is the antagonist, as he chases down Sandeep (Parineeti Chopra) and Pinky (Arjun Kapoor).

The tone of the film is set right from the extended opening scene, shot in a single take, which takes you through the innovative credit roll and sets you up for the anticipated shock value lurking round the corner.

That's exactly what happens when three youngsters, driving their car through the Cyber Hub underpass in Gurgaon, are gunned down by cops, even as Arjun and Parineeti look on with aghast.

Who was the actual target?

Was it a part of the plan?

Will there be more killings from this point on?

When will the chase conclude?

There are a lot of questions on one's mind, many of which are answered in a gradual and exciting fashion by the time the interval point comes.

It is always a pleasure to be a part of an intriguing narrative and this is where Sandeep Aur Pinky Faraar scores because it has a quintessential Dibakar Banerjee touch, closer to the one adopted in his Shanghai.

What impresses most are the kind of moments that the film-maker creates between Arjun Kapoor, Parineeti Chopra and the elderly couple (Raghubir Yadav and Neena Gupta) with whom they take refuge.

What cracked me up was Parineeti serving achaar to the unsuspecting guests when she would have rather worried about the Rs 32 crore that is due for her from a corrupt bank where she had been employed and helped facilitate a scam.

No wonder, Arjun Kapoor wonders that despite the lifestyle the woman next to her has enjoyed, why would she (and her ilk) consider middle class folks like her as target numbers that allow her to run the scam. He is okay to help set up dough for her, considering she is new to it all; however making rotis had to be her responsibility.

There is a lighter side to him behind the brooding avatar when he dances on to the tune of Raftaar 3, clearly inspired by Salman Khan's Race 3, and it is apparent that composer Anu Malik had a lot of fun creating a '90s style chartbuster here.

Still, the fact that Parineeti Chopra delivers the best performance of her career so far and Arjun Kapoor justifies his casting as a theth Haryanvi cop with his ego and muscles doing the taking, this Yash Raj offering makes for a good watch. 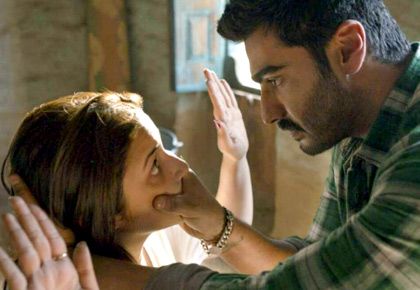