News
Business
Movies
Sports
Cricket
Get Ahead
Money Tips
Shopping
Sign in  |  Create a Rediffmail account
Rediff.com  » Movies » Review: X-Men: Days Of Future Past has a blast with the past

Review: X-Men: Days Of Future Past has a blast with the past X-Men: Days Of Future Past crams so, so much plot into its two-hour running time that there isn’t room to get bored, raves Raja Sen.

What good is it knocking a gun out of a man's hand when he can squeeze the trigger with his mind?

There is much finesse to be marvelled at in Bryan Singer’s latest X-Men film, Days Of Future Past, a meaty, fulfilling adaptation of one of the most popular X-Men stories.

It is a sharp, funny, well-performed comic-book movie, and a clear return to form for the director who really loves being at home with the X-folk.

It is also a film that tries on a unique, ambitious approach: it crams so, so much plot into its two-hour running time that there isn’t room to get bored -- or room even for the obligatory Stan Lee cameo.

Imagine, if you will, trying to sum up all of Game Of Thrones season 3. You’ll remember the lies, the betrayal, the coolest lines and the red wedding (possibly in gory detail with reenacted stabbings), but you aren’t likely to mention the silences of Lord Varys, the glances shared by Jamie and Brienne... And since that slow emotional stuff works great in episodic form -- a TV-show or the comic books -- it is also usually the inevitable malarkey that bogs down a superhero film. (Exhibit A: the hacky recent Spider-Man 2.)

What Bryan Singer has wisely created here is a massively eventful film, a film where every fifth minute brings a fresh plotpoint, introduces an important character, makes a self-referential dig... There are inconsistencies, sure, but the film kicks off in the middle of the action and the narrative never lets up -- it’s one big colourful highlight reel. (It is also a film that features the Game Of Thrones’ most popular star in a pivotal role, by the way.)

It’s a method that works wonders for the ambitious, time-travel storyline -- written by Marvel Comics veteran Chris Claremont in 1981 -- keeping us on our feet even as X-Men past and present scramble to make sense of it all.

The big change from the comics is to make Wolverine the time-travelling mutant instead of Kitty Pryde, which is naturally a commercial consideration: Hugh Jackman in the lead allows Singer and Co a bigger budget than Juno-girl Ellen Page.

That major purist niggle aside, the film hews relatively close to the comic, but ends up having a whole lot more fun.

The result is a film that is an absolute blast for X-Men fans, but -- unlike Matthew Vaughn’s lovely X-Men First Class that stands alone effortlessly -- one that might not make sense to anyone who hasn’t watched the movies or read the comics.

If you’re new to the X-Men, give this a miss, for Professor Singer has very little time to spoonfeed, even though things are kept relatively simple.

As is the norm with movies involving time-travel, the past is more fun. Singer’s dystopian present -- one that needs Professor X and Magneto to unite to send Wolvie back in time -- is dark and incoherent, but (like Austin Powers, if you really think about it) he’s headed back to the 1970s. His mission: to stop Mystique from killing a scientist which would lead to mutants being despised and sentinels being formed who, in turn, are killing all the mutants in the present. Yadda yadda yadda. It’s all basically the Back To The Future fading-photograph stuff, but the past isn’t what it used to be.

For one thing, Magneto apparently killed JFK, a bit of revisionism that comes closer than anything to explaining the ‘bending bullet.’

Also, Richard Nixon is President, his aides recording his conversations while he wonders how to combat the mutant menace.

Professor X and Magneto are young, as is Mystique, but this crisis strikes at a time when the professor is weak and unsure of himself and Magneto, well, isn’t.

The acting is solid across the board, with Hugh Jackman, Michael Fassbender, Patrick Stewart, Peter Dinklage, Jennifer Lawrence and -- yes! -- Famke Jannsen all doing just what the comicbook ordered, in that order of preference.

Singer delivers a consistently intriguing narrative, but one that flags after the halfway point when the end begins to seem like an inevitability. That said, the actors all shine brighter in the second bit, and all is (spoiler?) well with the world.

The masterstroke, though, despite all the fun and games and Nixon, is not the past.

It’s the new kid. Evan Peters, as the debuting Quicksilver, literally runs rings around everyone else in the film’s finest moment.

Thus, with that striking glimpse, Singer makes sure we’re hungry for the next film two years from now.

Bring it on, Bryan. 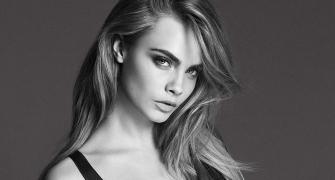 Hot 10: The sexiest women in the world! Hollywood's HOTTEST: Hilary Swank, J-Law, Salma Hayek at Cannes
'I am going to win people's hearts; they will love me' 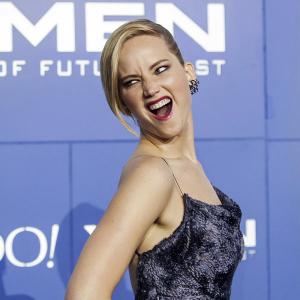 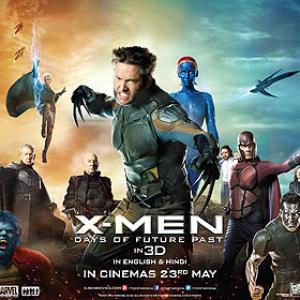