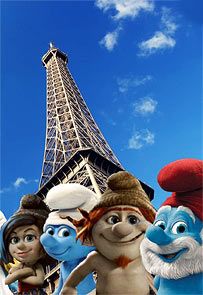 The Smurfs 2 is a film rife with cleverly marketed mediocrity, writes Sukanya Verma.

The other day, my young neighbour dropped by and suggested I should review The Smurfs 2.

‘I think it will be really good,’ she predicted sharing her drawing of Belgian artist Peyo’s famous blue creations for me.

The little girl who turns seven next month is a huge Smurfette fan and previously accompanied me on Chhota Bheem. I guess she wanted me to take her for Smurfs as well and I probably would if it wasn’t a school day.

While I can understand her enthusiasm, I don’t necessarily share it. Not for Raja Gosnell’s version anyway.

The director’s insipid adaptation of the beloved comic strip and equally endearing cartoon series on TV, blends 3D animation with live action roping in a cast of reliable actors like Hank Azaria, Brendon Gleeson and Neil Patrick Harris but packs in zero imagination or novelty.

The second film in the Smurfs franchise feels no different from the first. It’s the same old conflict -- wicked wizard Gargamel (Azaria), now a celebrity conducting hot-selling magic shows in Paris, is in a bid to nab the Smurf essence formula to boost his powers and the Smurfs must stick together to save the day.

Seriously, Smurfette? It’s Smurf Village for God's sake! Everywhere one looks there are cupcakes with cherry toppings, neatly wrapped gifts tied to a red bow and gorgeous giant mushroom homes, it’s like, death by cuteness. One really needs something more substantial than a silly nightmare to doubt the perpetually pleasant climate of Smurf Village.

Gosnell, however, takes the first excuse he can think of to get the thumb-sized folks out of the village and straight to Paris.

While Smurfette assuming the Smurfs forgot about her birthday bonds with The Naughties -- Gargamel’s Smurf-sized sidekicks in a been there, seen that brand of adventures, Papa, Grouchy, Vanity and Clumsy Smurfs assisted by their New Yorker friend Patrick (Harris), his wife (Jayma Mays) and step father (Gleeson) arrive in the French capital to rescue her from the vile wizard.

It’s easy to envision where this leads up to.

In a summer of disappointing sequels (Monster University, Despicable Me 2, even if watchable are nowhere in the same league as its predecessor), The Smurfs 2 doesn’t even try to raise itself a notch from its humdrum prequel.

Gosnell expects the same old shticks to work, playing on the dynamics of human-Smurf encounter again and again in a 3D format that’s pitifully flat.

On the live scene too, Harris sports the same exasperation he did in the previous instalment, Gleeson’s enthusiasm lends a hackneyed subplot some credibility and Azaria has a ball sniggering away to glory, a befitting expression to Gosnell’s lazy efforts.

For all its engineered sentimentality, exhausted Smurf lingo and two noble messages -- not all step parents are an extension of Cinderella’s and ‘what matters is who you choose to be,’ reminiscent of another lousy movie (Spider-Man 3), The Smurfs 2 is an excruciatingly basic, bland and boring representation of a famously merry and meticulous community.

Still, I wont be surprised if my little neighbour and children in the age group of 2 to 8 lap up this cleverly marketed mediocrity once again.

As for the parents accompanying them, look forward to that 105-minutes smurfin’ long power nap. 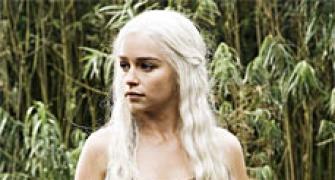 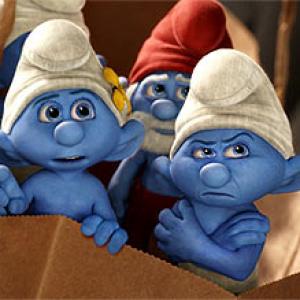 The Smurf 2 now has an Indian connection 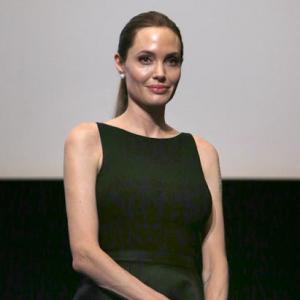 Angelina Jolie, Britney Spears: A day out in Hollywood