Review: The Reluctant Fundamentalist is a powerful film you may not agree with 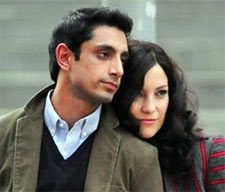 The Reluctant Fundamentalist has its cinematic moments but is too simplistic in places, Vaihayasi Pande Daniel writes.

Do you know what a janissary is?

Before you head out to see the new Mira Nair film do look that one up!

Janissary: a member of an elite military unit of the Turkish army organized in the 14th century © Random House Dictionary.

Young boys were cruelly whisked away at the age of seven, or less, from Christian families in the Ottoman Empire, forcibly converted to Islam and trained to serve and be loyal footmen of the empire. Kara Khalil Chendereli, founder of the Janissaries force, said: The conquered are slaves of the conquerors, to whom their goods, their women, and their children belong as lawful possession (© Albert Lybyer’s The Government of the Ottoman Empire in the Time of Suleiman the Magnificent.)

The main protagonist of The Reluctant Fundamentalist, the film based on Mohsin Hamid’s novel, is the young, upwardly-mobile Pakistani Changez Khan (Riz Ahmed).

Like many Southeast Asian youngsters, growing up in Mumbai or Karachi or Dhaka or Colombo, Khan cherishes the American Dream. Ambition and hard work see his life trajectory follow the conventional, high-achieving route -- Lahore-Princeton-Wall Street.

Then September 11 happens. The World Trade Towers bite the dust.

It is no longer lucky to be a Muslim man in the suddenly-illiberal US. Khan’s dream for the future curdles. His momentary epiphany occurs, symbolically, on a business trip to Istanbul, the city on the crossroads of East and West, in a moderate Muslim country, when a venerable, chain-smoking, chai-drinking Turkish publisher, who Khan needs to sack because his company is going bust, bitterly and succinctly labels Khan as a janissary for America.

It is what eventually converts Changez Khan to a reluctant fundamentalist.

The realisation that he is nothing less than a proxy of Western values, an agent of America. And not a champion of his own roots, his own culture, his own values.

It is the moment, when as an Indian viewer, your sympathy will be with Changez.

It is the occasion, in the darkened movie hall, when you silently tip your hat to Mira Nair for creating a great cinematic moment.

But it is also the moment when you remember that The Reluctant Fundamentalist is just a film. And not rooted in real life. A film celebrating just the black and the white. Rather than mirroring the more realistic grey that tinges our lives. 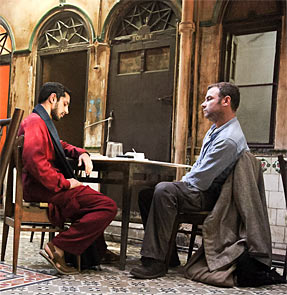 The Janissary Moment is not something that only dogs a young Muslim man in the US. You can feel cynical confusion about your identity and loyalty even as a young Indian living in Bombay or Bangalore. Or a white American living in LA.

It is also not always simply about race or nationality either; it mostly goes beyond that. We are living in a world of multiple identities, where we are often loyal soldiers of the wrong cause.

And there is nothing dramatic you can do about it.

Thus the great cinematic moment of Nair’s film is also the moment when you realise the plotline is somewhat simplistic.

Racial profiling is obviously the other predominant theme that drives The Reluctant Fundamentalist.

A young, good-looking Muslim man, with impeccable credentials, and no suspicious connections, who loves America, is time, and time again, mistaken for a terrorist and suffers for it. He suffers so much he quits his American dream and returns to Lahore.

But ironies can work both ways. This film releases in India, coincidentally and interestingly, nearly a month after the Boston Marathon bombings. Real life tells us that young Muslim men, with perfect credentials, a bonafide education in New England schools, aspirations to join the US Olympic team, and no hitherto suspicious connections, can become Boston bombers, exploding pressure cookers that kill three and injure 264.

So while racial profiling is unjust, it looks like it might unfortunately become necessary. And while The Reluctant Fundamentalist may be a film that examines the reasons that leads individuals, who love America, to turn against the country, it does nothing to explain to Americans why people who have no reasons -- as seems the case with the Boston bombers -- to turn against America, take arms against America (the standard chicken-and-egg Q).

You also ask yourself why should the score finally be more fundamentalism, even if it is reluctant? What happened to good old liberalism?

Nair’s depiction of Khan’s America is also over-simplified and almost biased. The viciously competitive, over-materialistic world of Wall Street finance is likely to lose out in comparison with the more mystical, affection-driven, demonstrative Pakistani landscape. But America cannot be summarized with such limited imagery.

The country has certainly much more to offer. All Americans are not grim, Rottweiler-faced TSA officers or driven, sharkish merchant bankers like Jim (Kiefer Sutherland).

But while you may ponder over the particular prism that Mira Nair chooses to look at these issues, you cannot doubt that The Reluctant Fundamentalist is a powerful, gripping/bold film, well worth a watch in the theatre. You may not agree with the film’s message but the message is worth knowing.

Secondly, for those of us who may never get to Pakistan or the ancient city of Lahore, in our lifetime, it is a wonderful way to see cameos of that country and culture, so lingeringly similar and colourfully different from our own.

Riz Ahmed, a British actor and rapper of Pakistani descent (grew up in the Asian-dominated Wembley, outside London), essays the part of a befuddled desi, with shifting allegiances, quite competently.

As does Kate Hudson, as his lover. Om Puri and Shabana Azmi’s customary acting elegance lends richness to the film -- Puri is delightful as a penniless, debauched but talented, genteel Pakistani poet, with no understanding of the intricacies or importance of Wall Street.

Imaad Shah makes a special impression as Sameer. The film’s edginess comes from an understated, mesmerizing performance put in by Liev Schreiber, the CIA operative posing as journalist Bobby, who speaks fluent Urdu.

There are plenty of touches in the film that warm you totally. The easy, chalta hai bonhomie, that casually exists between desis, even as strangers, wherever they are, be it a samosa shop in Manhattan or a shaadi in Pakistan, simply because they are desi, is well-portrayed and provides a contrast to the stiff, emotionless Western world where no one connects.

The poignant scenes in Lahore are so in-your-face realistic and opulent -- gorgeous in sound and color -- that you can almost smell them -- the naans and kebabs arriving after the sweet milky chai, the bustling bazaar scenes, the qawali session, the funeral flowers.

Nair’s movies are always tender love letters to India and the subcontinent.

Atif Aslam, who hails from Lahore, is not everyone’s favourite singer, but he does himself proud in The Reluctant Fundamentalist with Mori araj suno.

His haunting voice provides a perfect emotional background to many of the riveting happenings, as does Zahra Khan’s and the tracks by Fareed Ayaz and Abu Muhammed and by Ali Seth.

For a desi, the most enriching moment of the film is when Khan, as an idealistic Lahore University professor, takes on the challenge of teaching a class full of youngsters of the importance of striving for the Pakistani Dream.