News
Business
Movies
Sports
Cricket
Get Ahead
Money Tips
Shopping
Sign in  |  Create a Rediffmail account
Rediff.com  » Movies » Review: The Hobbit 2 could be the best film of 2013 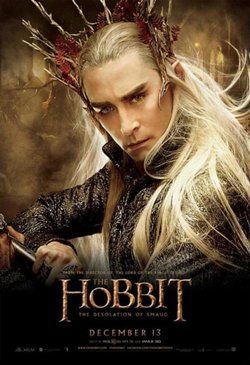 The Hobbit: The Desolation of Smaug -- popularly known as The Hobbit 2 -- is the second installment of series which is a spin-off of The Lord of the Rings and is co-written and directed by Peter Jackson.

The Hobbit: The Desolation of Smaug should not be looked at by that section of Lord of the Rings fans that strictly conforms to the book.

However, if you've watched The Lord of the Rings films before you read the books or are not too much of a prude about screen adaptations, The Hobbit 2 could be the best film you've seen this year -- The Hunger Games: Catching Fire, Gravity and The Lunchbox included.

The Hobbit 2 starts off almost exactly where the first one left off.

Bilbo Baggins (Martin Freeman), Gandalf the Grey (Ian McKellen) and the Dwarf King, Thorin (Richard Armitage), along with his mini-army of dwarves are still on their quest to reclaim The Lonely Mountain and the kingdom of Erebor underneath it.

But the door to Erebor lies locked behind an invisible door which can only be seen in the last light of Durin’s Day.

The party must cross dark forests inhabited by elves, battle Orcs and cross a hostile lake-town in order to make it to Lonely Mountain in time for Durin’s Day. However, even if they do, opening the door to the now-abandoned Erebor is the least of their worries.

The dragon Smaug, who once destroyed Erebor and the town of Dale, sits over the treasures of the castle. If awakened, Smaug can destroy everything that Bilbo, Gandalf and their Dwarf friends hold dear.

a film like this because not one of them has been anything less than perfect. Not a single speck of dust is out of place.

The background score of The Hobbit: The Desolation of Smaug features some beautiful instrumental pieces as well as a song by Ed Sheeran called I See Fire which will make you sit back and watch the titles.

I’m not a fan of the 3D format and although in some parts it serves the film well, in others it just makes it confusing.

Watching the high frame rate of 48 frames per second can be a tad uncomfortable, especially when the battle scenes kick in.

However, the 3D does prove useful when Bilbo and the dwarves encounter Smaug or when the occasional Orc’s severed limb comes flying towards the audience.

The Hobbit: The Desolation of Smaug runs for almost three hours but you never feel it. The film always leaves you wanting more and it's a little hard to believe when it ends.

It is interesting to note that unlike most films that serve as a second installment of a trilogy, The Hobbit 2 does not leave loose ends behind despite being an unfinished bridge from the first film towards the unknown.

Filmed on a budget of $200 million, The Hobbit: The Desolation of Smaug proves to be a good investment. Peter Jackson does not lose control of the story despite it spiraling into different tracks.

Magic is an essential part of The Lord of the Rings universe and magic is what you get the moment you put your 3D glasses on in the dark cinema hall.

If you thought Ram-Leela was a visual treat, you ain't seen nothin' yet. 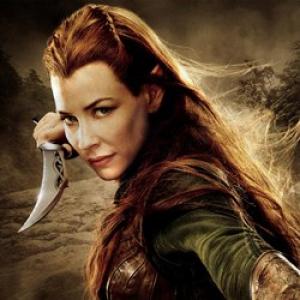